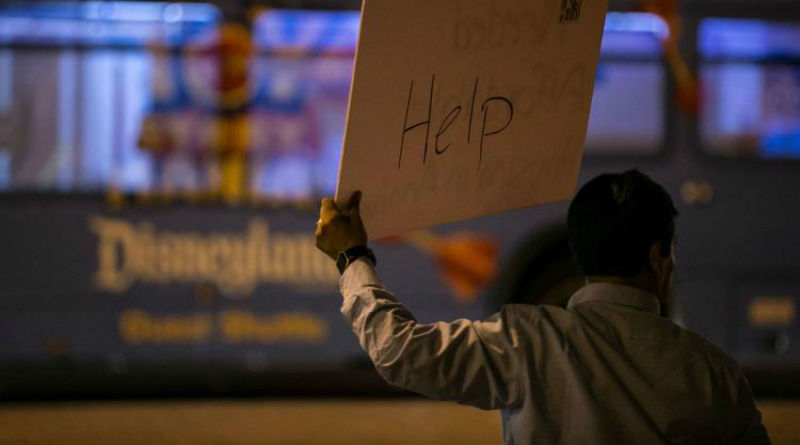 Guess which state has the highest poverty rate in the country? Not Mississippi, New Mexico, or West Virginia, but California, where nearly one out of five residents is poor. That’s according to the Census Bureau’s Supplemental Poverty Measure, which factors in the cost of housing, food, utilities and clothing, and which includes noncash government assistance as a form of income.

Given robust job growth and the prosperity generated by several industries, it’s worth asking why California has fallen behind, especially when the state’s per-capita GDP increased approximately twice as much as the U.S. average over the five years ending in 2016 (12.5%, compared with 6.27%).

It’s not as though California policymakers have neglected to wage war on poverty. Sacramento and local governments have spent massive amounts in the cause. Several state and municipal benefit programs overlap with one another; in some cases, individuals with incomes 200% above the poverty line receive benefits. California state and local governments spent nearly $958 billion from 1992 through 2015 on public welfare programs, including cash-assistance payments, vendor payments and “other public welfare,” according to the Census Bureau. California, with 12% of the American population, is home today to about one in three of the nation’s welfare recipients.

California Democrats have long been free to indulge blue-state ideology while paying little or no political price.
The generous spending, then, has not only failed to decrease poverty; it actually seems to have made it worse.

In the late 1980s and early 1990s, some states — principally Wisconsin, Michigan, and Virginia — initiated welfare reform, as did the federal government under President Clinton and a Republican Congress. Tied together by a common thread of strong work requirements, these overhauls were a big success: Welfare rolls plummeted and millions of former aid recipients entered the labor force.

The state and local bureaucracies that implement California’s antipoverty programs, however, resisted pro-work reforms. In fact, California recipients of state aid receive a disproportionately large share of it in no-strings-attached cash disbursements. It’s as though welfare reform passed California by, leaving a dependency trap in place. Immigrants are falling into it: 55% of immigrant families in the state get some kind of means-tested benefits, compared with just 30% of natives.

Self-interest in the social-services community may be at fault. As economist William A. Niskanen explained back in 1971, public agencies seek to maximize their budgets, through which they acquire increased power, status, comfort and security. To keep growing its budget, and hence its power, a welfare bureaucracy has an incentive to expand its “customer” base. With 883,000 full-time-equivalent state and local employees in 2014, California has an enormous bureaucracy. Many work in social services, and many would lose their jobs if the typical welfare client were to move off the welfare rolls.

Further contributing to the poverty problem is California’s housing crisis. More than four in 10 households spent more than 30% of their income on housing in 2015. A shortage of available units has driven prices ever higher, far above income increases. And that shortage is a direct outgrowth of misguided policies.

“Counties and local governments have imposed restrictive land-use regulations that drove up the price of land and dwellings,” explains analyst Wendell Cox. “Middle-income households have been forced to accept lower standards of living while the less fortunate have been driven into poverty by the high cost of housing.” The California Environmental Quality Act, passed in 1971, is one example; it can add $1 million to the cost of completing a housing development, says Todd Williams, an Oakland attorney who chairs the Wendel Rosen Black & Dean land-use group. CEQA costs have been known to shut down entire homebuilding projects. CEQA reform would help increase housing supply, but there’s no real movement to change the law.

Extensive environmental regulations aimed at reducing carbon dioxide emissions make energy more expensive, also hurting the poor. By some estimates, California energy costs are as much as 50% higher than the national average. Jonathan A. Lesser of Continental Economics, author of a 2015 Manhattan Institute study, “Less Carbon, Higher Prices,” found that “in 2012, nearly 1 million California households faced … energy expenditures exceeding 10% of household income. In certain California counties, the rate of energy poverty was as high as 15% of all households.” A Pacific Research Institute study by Wayne Winegarden found that the rate could exceed 17% of median income in some areas.

Looking to help poor and low-income residents, California lawmakers recently passed a measure raising the minimum wage from $10 an hour to $15 an hour by 2022 — but a higher minimum wage will do nothing for the 60% of Californians who live in poverty and don’t have jobs. And research indicates that it could cause many who do have jobs to lose them. A Harvard University study found evidence that “higher minimum wages increase overall exit rates for restaurants” in the Bay Area, where more than a dozen cities and counties, including San Francisco, have changed their minimum-wage ordinances in the last five years. “Estimates suggest that a one-dollar increase in the minimum wage leads to a 14% increase in the likelihood of exit for a 3.5-star restaurant (which is the median rating),” the report says. These restaurants are a significant source of employment for low-skilled and entry-level workers.

Apparently content with futile poverty policies, Sacramento lawmakers can turn their attention to what historian Victor Davis Hanson aptly describes as a fixation on “remaking the world.” The political class wants to build a costly and needless high-speed rail system; talks of secession from a United States presided over by Donald Trump; hired former attorney general Eric H. Holder Jr. to “resist” Trump’s agenda; enacted the first state-level cap-and-trade regime; established California as a “sanctuary state” for illegal immigrants; banned plastic bags, threatening the jobs of thousands of workers involved in their manufacture; and is consumed by its dedication to “California values.” All this only reinforces the rest of America’s perception of an out-of-touch Left Coast, to the disservice of millions of Californians whose values are more traditional, including many of the state’s poor residents.

With a permanent majority in the state Senate and the Assembly, a prolonged dominance in the executive branch and a weak opposition, California Democrats have long been free to indulge blue-state ideology while paying little or no political price. The state’s poverty problem is unlikely to improve while policymakers remain unwilling to unleash the engines of economic prosperity that drove California to its golden years.

One thought on “Why is Liberal California the Poverty Capital of America?”