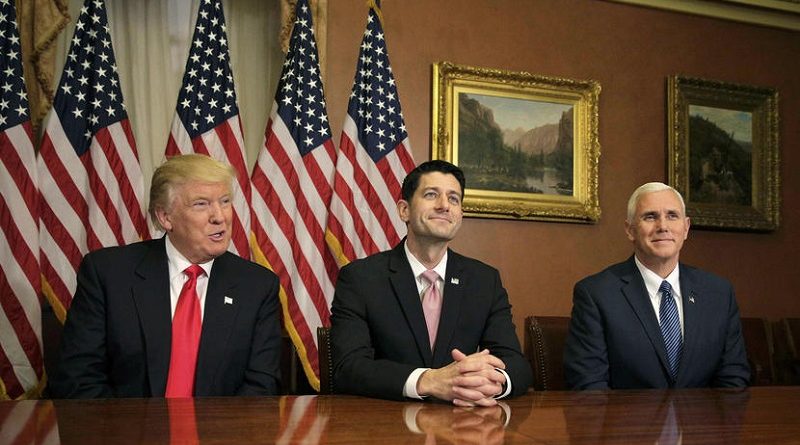 I always figured the Trump Wall would be built in this way:

“House Republicans and Donald Trump’s team are coalescing around a multi-billion dollar plan to make good on the president-elect’s campaign vows to build a wall between the United States and Mexico, according to top Republican lawmakers and aides.

Republican leaders, in tandem with Trump’s transition staff, are considering using a 2006 law signed by former President George W. Bush that authorized the construction of 700 miles-plus of “physical barrier” on the southern border. The law was never fully implemented and did not include a sunset provision, allowing Trump to pick up where Bush left off — with the help of new money from Congress. …

Multiple Republican sources said the House will also likely pass a border-security package sometime later in the spring or summer. The plan could meld new provisions to older bills passed by the House and the Homeland Security Committee in 2014 and 2015, respectively. ..”

This is great news.

The Secure Fence Act of 2006 was a token gesture passed by the Republican Congress, shortly before it was wiped out in the first Democratic wave, during one of W.’s failed pushes for comprehensive immigration reform. There should be enough leeway in the broad language of the law to start construction of the Trump Wall. The only obstacle is getting the funding for it past Democratic opposition in Congress.

During the campaign, Trump said that Mexico would pay for the wall. No one will care though so long as the damn wall actually gets built this time. If the Republican Congress funds the Trump Wall and follows up with a strong immigration package later in the spring or the summer, it will earn them a lot of good will.

Don’t screw with us on immigration. Let the demise of the Republican Congress in 2006 be a warning of what happens when you go there.

Note: In related news, there are rumors that Kris Kobach was Trump’s first choice for DHS Secretary, but John McCain and Lindsey Graham blocked his nomination. Kobach could also still be in the running for the new position of Immigration Czar, but there are reports in the Kansas City Star that “some aides are lobbying Trump to steer clear of Kobach and to take a more moderate stance on immigration.”