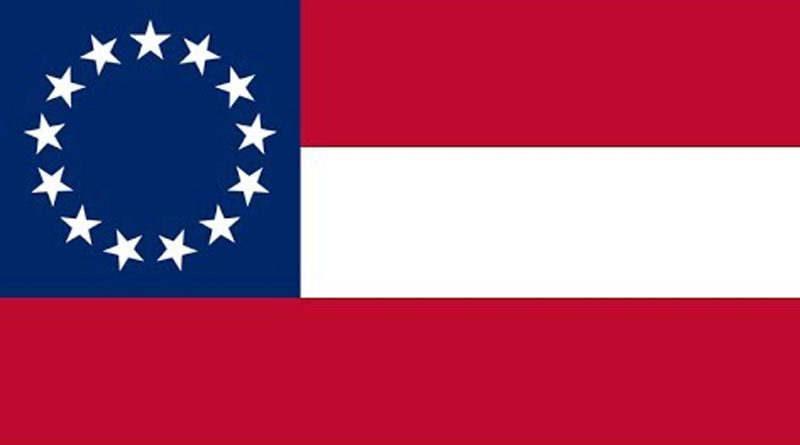 In 2012, the United Daughters of the Confederacy (UDC) banned a heritage group named the Virginia Flaggers from its UDC grounds and headquarters in Richmond, Virginia, and then reported them to police for “trespassing.” Virginia Flaggers are a group of courageous men and women who unashamedly honor the Confederate Battle Flag of their ancestors, and refuse to allow Cultural Marxists to re-write its history. 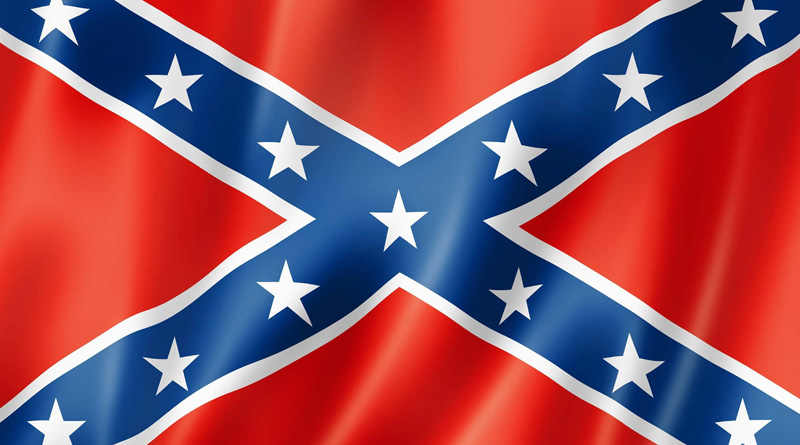 The UDC claimed its behavior toward the Flaggers was un-chivalrous because it feared jeopardizing its tax-exempt status by welcoming “political activists.” A more honest explanation is the UDC recognizes that its own efforts appear timid and confused in contrast to those of the Flaggers. The UDC’s leadership alleges that it is an old and honored tradition not to display the Battle Flag in a “casual” manner to avoid “trivializing” it, but a better explanation is that the Battle-Flag has become an embarrassment to them.

Sadly, a once-proud and focused organization that raised the equivalent of Billions to honor and memorialize Confederate Soldiers and Sailors across the South, now runs from the purest symbol of that Heritage they claim to honor. Surrendering to political correctness and the vandalism and violence of communist and nigro criminals, the UDC’s leaders have recommend flying the First National flag, which they claim “will best protect the history and memory of the soldiers.” 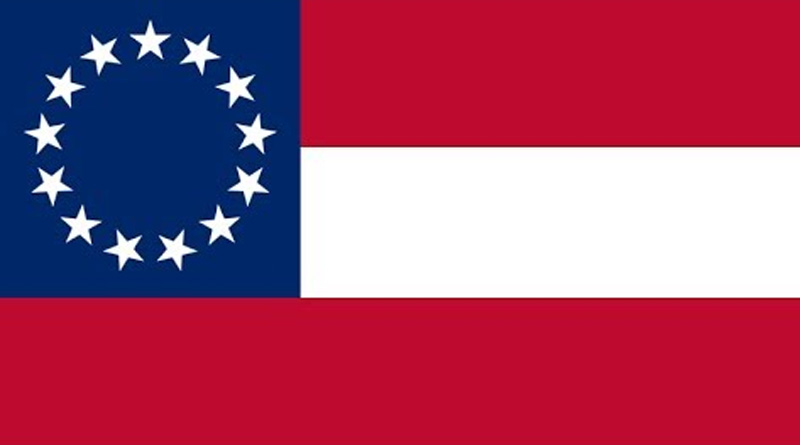 On the other hand, the Virginia Flaggers courageously fly the Confederate Battle Flag, despite the threats of Cultural Marxists and their nigro myrmidons. While the UDC capitulates to the criminals and vandals of Cultural Marxism, the Flaggers openly defy these enemies of Western Civilization, the white race and Christianity by leasing land along heavily-traveled highways and running-up enormous Battle Flags.

For decades, the UDC has surrendered ground to those who wish to perpetuate Sherman’s March and who would eradicate the history and heritage of the Southland. After the Senate voted against extending the UDC’s trademark in 1993 — because it included the Battle Flag — the UDC obligingly abandoned the Confederate Battle Flag by voluntarily removing it from its logo and replacing it with the First National. The Cultural Marxists will inevitably target that flag, as well.

The agenda of the Southland’s many enemies extends well beyond eradicating the history of the South: Their objective is a modern-day Bolshevik Revolution, intended to destroy not only Christianity and Western Civilization, but also to exterminate the white race altogether. Whites who willingly participate are merely examples of what Vladimir Lenin once called “useful idiots”: They assume the alligator will eat them last, but it’s more likely they will be the first to hang, as Lenin vowed to do.

In the fall of 2018, the usual suspects disrupted a ceremony to dedicate a flagpole and a plaque at the UDC’s National Headquarters in Richmond, Virginia. When confronted by violent nigras, commies and other losers, the UDC abruptly ended their dedication ceremony, claiming they wished to avoid becoming involved in a “public controversy.”

Not surprisingly, the UDC website parrots the demonstrably false cliche that diversity makes America “stronger,” and also declares that the UDC refuses to align itself with “racists.” The organization seems to believe that embracing the disinformation of its mortal enemies is the wisest policy, but its pandering has garnered nothing but contempt from them, especially among those in the Jews’ Media.

This should not be surprising, since Antifa and Black Lives Murder have carefully camouflaged their true agenda. After the events of the last two years, the UDC has been slow to recognize that their refusal to embrace the Battle Flag only encourages their enemy. It definitely failed to prevent rioters from vandalizing and attempting to burn down the UDC’s Headquarters in late May of this year, following the “George Floyd riots.”

In this new reality of violent Cultural Marxists — who can lay siege to our civilization with impunity — there appears to be little role for what author Joyce Bennett has called “well-born ladies who wish to honor their Southern Heritage.” Our enemies are emboldened by the symbolic significance of the UDC running from the Confederate Battle Flag and an “unreconstructed” South, which they doubtless interpret as a white flag of surrender.