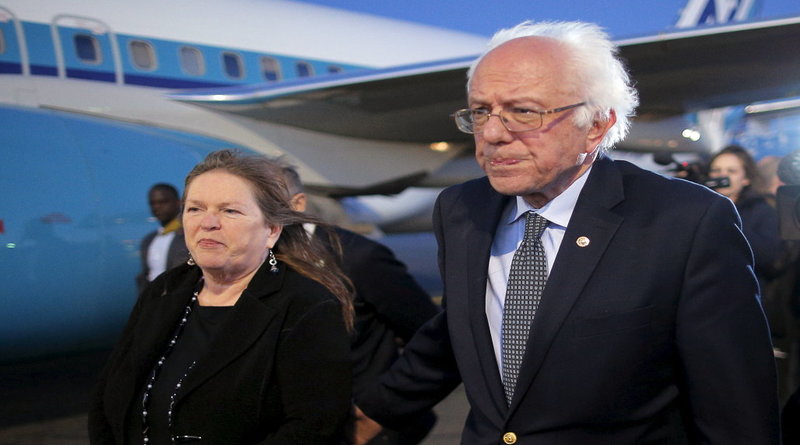 In his book Animal Farm, George Orwell gained immortality for penning the phrase, “Everyone is equal, but some are more equal than others.”

The accuracy of Orwell’s facetious remark has been amply confirmed for 100 years, but is best illustrated in Stalin’s Secret War by Nikolai Tolstoy, a relative of Russia’s most celebrated author.

Tolstoy’s descendant devotes Chapter Three (“Life at the Top”) to the enormous opulence of the Soviet “Nomenklatura’s” lifestyles, most of whom seized their wealth from party members who were executed in one or another of Stalin’s numerous purges. The opulence and vulgarity of their displays of wealth easily surpassed the Romanovs they despised.

Fortunately, we don’t have to look as far back as Stalin’s USSR for confirmation of Orwell’s insight: We have a perfectly clear example of it right here in the United States, and in the person of a man who ran for President in 2016, Jewish socialist Bernie Sanders.

Crazy Bernie is like most socialists: They may hate capitalism, but they love money! Naturally, Crazy Bernie never had a job until the age of 40, when he was elected Mayor of Burlington Vermont. He and his wife are also under investigation for federal bank fraud, and helping to plunder now-bankrupt Burlington College.

It appears that the daughter of Crazy Bernie and his wife was paid $700,000 to teach “wood-working” to the fools who attended such a laughable “institution of higher learning.“ No doubt such nepotism on the part of Mrs. Crazy Bernie helped to finish-off Burlington College.

Of greater significance, Mrs. Crazy Bernie has been under investigation for federal bank fraud because she appears to have fraudulently exaggerated the school’s assets when she applied for a loan on behalf of the school. Crazy Bernie, himself, is under investigation for using his influence as a U.S. Senator to pressure the bank into making the loan.

As President of Burlington College in 2010, Mrs. Crazy Bernie secured a $6.7 million loan from People’s United Bank, which the college used to purchase a 33-acre lakefront campus for the school.

The bank’s loan agreement required that Burlington College provide documentation of collateral in the form of more than $2 million in pledged donations. However, three donors –- including one alleged to have pledged $1 Million –- have told investigators their pledges were “misrepresented” in the school’s loan documents.

In fact, between 2010 and 2014 the school received only $676,000 in donations, according to former Burlington College officials. As a result, it closed in May 2016, with officials citing debt from the land purchase as the primary reason.

If you are wondering why Crazy Bernie and his wife haven’t been able to escape justice, as so many other prominent “Democrats” have done — like the Clintons, the Obamas, the Kennedys, Terry McAuliffe, Jesse Jackson and Al Sharpton -– it is only because there’s a new “Sheriff “in town: The likes of James Comey, Loretta Lynch and Eric Holder are gone, and no longer able to obstruct justice on behalf of the “Democrat” Party’s extensive criminal element.

And, if you haven’t read about the sordid story of Crazy Bernie and his family elsewhere, you need look no further for explanations than their ideology and religion, which grants them immunity from the Corrupt Leftist Media and its owners, who happen to share both.

One thought on “Some Are MORE Equal”