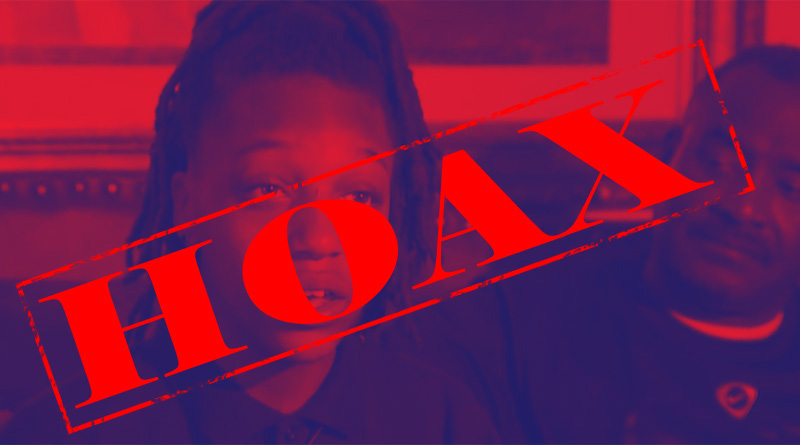 After a 12-year-old African-American girl, Amari Allen, admitted she lied about a group of white boys cutting off her dreadlocks, the New York Times decided to strip the fact that the accused were “white” from its follow up headline.

The global mainstream media, as well as lawmakers like Rashida Tlaib, amplified Amari Allen’s falsehood after she claimed that three white male classmates had pinned her down, called her “nappy” and “ugly” and cut her hair.

This prompted a wave of sympathy for Allen, a lucrative GoFundMe, and a volley of resentment towards young white men.

In the vast majority of these media reports, the fact that the boys were white was included in the headline.

It subsequently emerged that Allen had faked the entire story, with her grandparents today apologizing to those falsely accused. 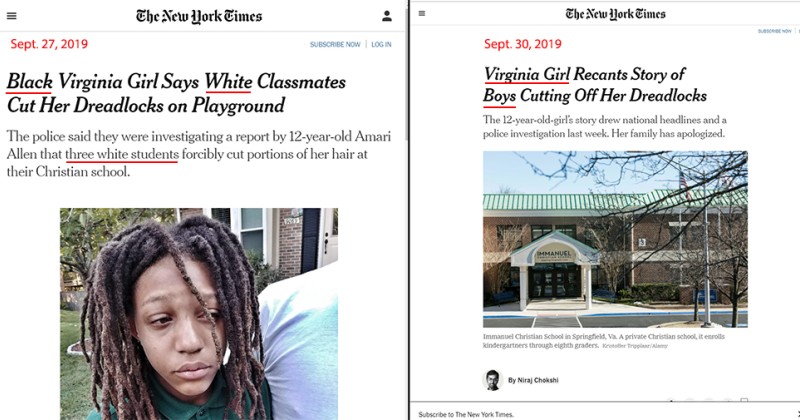 However, in the media reports that carried the update to the story, the fact that the entire narrative was predicated on the incident being a racist hate crime was stripped from the story.

However, in the follow up story, the headline read ‘Virginia Girl Recants Story of Boys Cutting Off Her Dreadlocks’.

The media seems very keen to obscure the fact that they helped inflate yet another race hate hoax that turned out to be nothing but hot air.

“The most noteworthy part of this story is this girl allegedly getting a bit of her hair cut off made international news while the murder of John Weed was ignored,” comments Chris Menahan.

John Weed after prosecutors say two teenage brothers attacked him at a county fair last week in Maryland was a devoted uncle, his sister said Wednesday in a heart-wrenching statement.

Detectives say two teen brothers attacked John Weed after he refused to give them money at the Great Frederick Fair. His family shared their heartbreak with News4. Cory Smith reports.

One thought on “Hoax: Girl Who Accused White Classmates of Cutting Dreadlocks Admits She Made It Up”