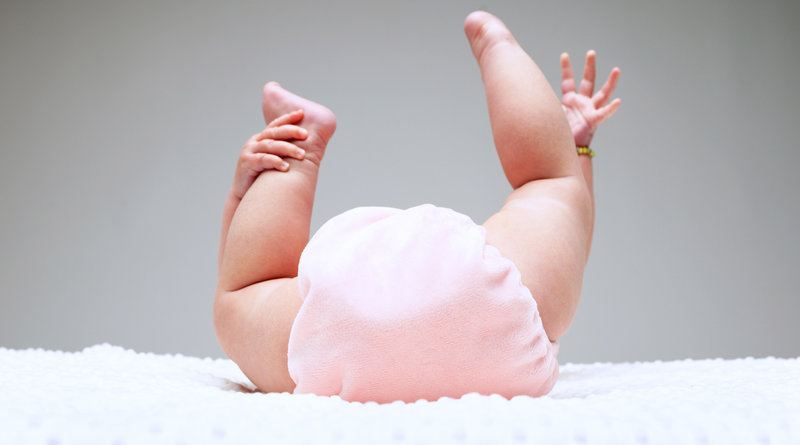 For decades, many authors have struggled with how paleo-conservatives and our leftist enemies are able to look at identical situations, yet reach opposite conclusions about them, and then prescribe radically different solutions for them.

In the 1950s, Leftist Jews attempted to dismiss the insights of conservatives as stemming from some sort of mental disorder, which they labeled “The Authoritarian Personality Syndrome.” This was similar to a technique favored by their ideological allies in the USSR, who sent tens of millions of innocent citizens to their deaths in the Gulag for an equivalent condition known as “Anti-Soviet Behavior.” Of course, their slander conveniently dismissed the fact that every “authoritarian” regime in history has been the antithesis of the freedom-and-limited-government philosophy shared by every true conservative (or “Classical Liberal”) since the Magna Carta. Such distinctions always manage to elude the left, whether by design or not.

Defining one’s political enemies as mentally ill may have been a tactic designed to obscure the fact that America’s political left spent an inordinate amount of time and ink celebrating and defending most of the “totalitarian” regimes on the planet, at least those that were avowedly and enthusiastically Marxist-Leninist.

Interestingly, some neuro-scientist or other will occasionally announce the result of research indicating that the brains of leftists and conservatives can be empirically demonstrated to process information differently.

This does not surprise me in the least, and in fact, it is consistent with an observation I’ve made over the past 50 years or so, since I first became interested in the influence of ideology on the way people view the world. My conclusion? Leftists see the world very much as children do.

In other words, the left fails to define social problems accurately because it is unwilling to objectively analyze or comprehend the world, and engages in the self-deception and prevarication that are characteristic of children.

If there is one defining characteristic of adulthood, it is a willingness to accept responsibility for the consequences of one’s own words and deeds. This implies an ability to acknowledge painful truths about oneself and one’s actions, rather than engage in flights of wishful thinking, fantasy, or excuse-making.

It is a universal characteristic of children — even the many who remain so long after they have reached middle age –- to persist in blaming their failings on illusory external forces. Not surprisingly, this is a feature shared by practically every interest group and “demographic” on the left, particularly blacks, feminists and homosexuals.

Because the Corrupt Leftist Media IS the focus of Marxism in this country, it has been instrumental in helping to promote such infantilism for more than 50 years. It has done so by engaging in “disinformation,” by spinning fake news, and by carefully “filtering” the news it disseminates to its consumers, all in an effort to deceive them and insulate them from the truth.

Infantilism within the left is also officially promoted by the very ideology of Marxism, to which all “leftists” subscribe, whether they care to acknowledge the fact or not: It’s dogma dictates that there is no such thing as objective “truth,” and that truth is defined as anything that furthers the socialist revolution they advocate and promote.

As the “ideology of envy,” Marxism promotes infantilism in another manner, as well: Its gullible adherents are indoctrinated with the lie that anyone who has more material goods than they have has “exploited” others, and achieved their successes by immoral or illegal means.

The entire Left reflexively blames “institutionalized racism” for our violent, savage and predatory large urban areas, which have become nearly ungovernable by day, and demonstrably ungovernable by night. Violent and criminal behavior among blacks has become increasingly difficult to excuse away by their leftist enablers and other architects of this disaster.

However, whites do not force blacks to sleep through 12 years of schooling, while learning little or nothing. Nor do whites encourage blacks to bear multiple litters of illegitimate children at ever younger ages, choose drug-dealing over lawful work, opt for gun battles as an acceptable means of dispute settlement, nor encourage black males to adopt a life of crime—or black females to adopt a life of welfare—as acceptable “career paths.”

The simple fact of the matter is that multivariate regression analysis—the most sophisticated statistical methodology on the planet—reveals that the 15 point I.Q. difference favoring whites over blacks “explains” all disparities in income and academic achievement between whites and blacks.

So-called “Institutionalized Racism” doesn’t even exist, and in fact, is a particularly absurd claim in a system where our leftist enemies have elevated blacks to a privileged status having greater rights and immunities than the rest of the population. Like children, they disavow the evidence, but their actions tacitly acknowledge the problem.

So indefensible is the excuse of “institutionalized racism” for the self-inflicted nature of the social ills besetting blacks, that the left has been forced to censor the subject of race and I.Q. Those who attempt to raise the issue are often physically assaulted and are universally censored by the left, all the way from academicians to street thugs. This is exactly the response of children who do not want to hear painful truths.

Most feminists subscribe to the ludicrous notion that females and males are interchangeable, and refuse to acknowledge the profound physiological and mental differences that persist between genders: These are so patently obvious to those not poisoned by Marxist Ideology, they’ve remained unquestioned for 6,000 years.

Like the children they are, feminists even refuse to acknowledge gender differences in aptitude regarding combat roles, law enforcement, fire-fighting, mathematics, and many other traditionally male occupations and pursuits that would remain exclusively male-dominated forever, were it not for the interference of politics in the form of gender quotas.

Homosexuals, likewise, feel they are entitled to special, privileged status—much like blacks and feminists—because of the discrimination they have allegedly experienced within Christian Civilizations for 2,000 years.

However, no other group defines itself on the basis of its sexual practices, deviant or otherwise. Moreover, one’s homosexuality remains unknown or uncertain, unless one acknowledges the fact by “coming out of the closet.”

The sad truth is that normal people do not routinely engage in anonymous sex with legions of lusty strangers: If so, most experts would label them mentally ill. Yet, several years ago, the powerful influence of the queer lobby forced psychiatry to remove homosexuality from the category of “Mental Disorders” in its Diagnostic and Statistical Manual, a sad “triumph” of politics over science.

It was no coincidence that the AIDS epidemic remained almost exclusively within the homosexual community, and spread to heterosexuals primarily through intravenous drug-usage. Race-mixing was also a factor, because of black enthusiasm for sexual practices similar to those preferred by male homosexuals.

While the homosexual lobby would have the public believe that “homophobia” arises spontaneously from the darker side of man’s nature, such as bigotry, it is actually the aberrant sexual practices of homosexuals that have always received public condemnation from Christians. Being children, however, they see themselves as innocent victims.

Finally, not long ago, two negro ministers announced that they were suing Coca-Cola, alleging the company’s products kill more black people than the street violence found routinely in black areas. Their artfully crafted “sound bite” was that the black community loses more members “to sweets than to the streets.”

This diversionary tactic is common among blacks, whose childish nature compels them to always seek excuses outside themselves rather than within. They are also particularly enthusiastic about doing so when a pile of the White Man’s Money potentially awaits them.

These two charlatans would have the public believe that sugary drinks are a greater cause of early death among blacks than the fatty foods they crave, cigarettes, illegal drugs, poor dietary habits in general, ubiquitous alcohol consumption, violent crime and a sedentary life that comes courtesy of our Trillion-Dollar per year federal welfare system.

There are lots of Marxists, so there are also lots of infantile individuals around. We definitely have our work cut out for us, if we are to avoid seeing our civilization destroyed by those who think and act as children do.