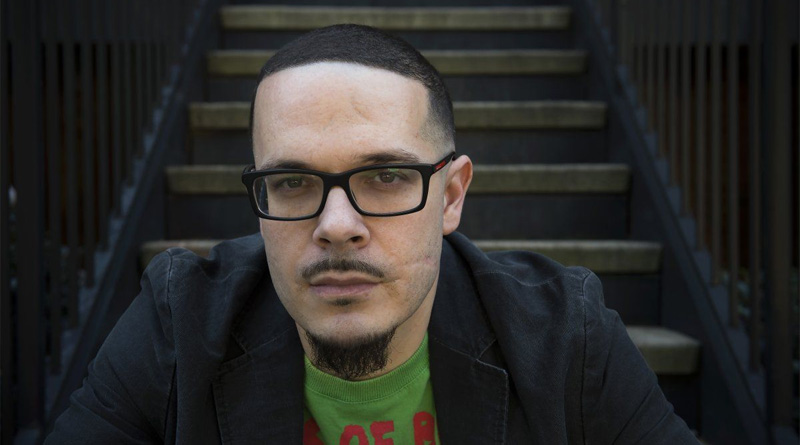 Harris County Sheriff Ed Gonzalez and activist Shaun King continued pushing the theory that a white man murdered Jazmine Barnes, even after both had received a tip that the 7-year-old Houston girl’s killer was black.

Gonzalez acknowledged at a press conference Sunday that he received a tip from King in the middle of the week that Barnes’s killer was not the white male initially suspected in the case.

King wrote Sunday on Instagram that he received the tip on Jan. 3 that a 20-year-old black man named Eric Black Jr. and another man had shot Barnes.

Homicide investigators subsequently filed a capital murder charge against Eric Black Jr., 20, according to a statement from the sheriff’s office, who had been identified as a suspect based on a tip. He later admitted to taking part in the shooting.

It is unclear what time Gonzalez circulated the tweets. He said Sunday that Eric Black Jr. was apprehended on Saturday afternoon.

King also circulated the sketch after receiving the tip. He posted a request Friday on Twitter for information about Robert Cantrell, a white man who had been arrested in the Houston area on felony charges. Cantrell’s mugshot closely resembles the composite sketch, which was drawn by celebrity sketch artist Lois Gibson.

Investigators are now calling the shooting of 7-year-old Jazmine Barnes a case of mistaken identity after witnesses believed a white man in a red pickup truck was responsible for her Dec. 30 murder, but officials said Sunday that two different men have been taken into custody and one has been charged with capital murder.

Barnes was killed while sitting in the backseat of her mother’s car with her three sisters as they drove out of a Walmart parking lot in northeast Houston on Dec. 30. Her mother, LaPorsha Washington, was also shot when a car pulled up and began spraying bullets.

The case garnered national attention after Washington said she believed the case to be a hate crime after she and her family identified the shooter in the apparently random attack to be a white male.

Shaun King, a racial justice activist and a columnist at The Intercept, offered a $100,000 reward for information on the suspect. DeAndre Hopkins, a wide receiver for the Houston Texans, announced on Jan. 3 that he would be donating his $29,000 playoff game check to help Barnes’s family cover funeral expenses.

King wrote Sunday on Instagram that he received the tip on Jan. 3 that a 20-year-old black man named Eric Black Jr. and another man had shot Barnes.

The girl was killed around 7 a.m. on Dec. 30 while riding in a car with her mother and three siblings.

“I reported this to the Sheriff immediately, because the witness was so compelling, but the sheriff and I both just could not make sense of it,” King wrote Sunday, shortly after Black Jr. had been charged with capital murder.

But King and Gonzalez’s timelines raise questions because both continued disseminating information suggesting that the suspect in the shooting was white.

Gonzalez retweeted posts as recently as Saturday of a composite sketch of a white man who was initially sought as a suspect in the case.

Barnes’s murder drew widespread national media attention, partly because of suspicions that she was killed in a racially motivated shooting.

“Do not be afraid to call this what it seems to be: a hate crime,” the Democrat told a crowd gathered at the Houston Walmart near where Barnes was killed.

The suspect in the case was initially described as a white male in his 30s or 40s driving a red pickup truck.

King and other activists and celebrities pushed that theory, with King setting a $100,000 reward for information leading to the suspect’s arrest.

Gonzalez said Sunday that the sheriff’s office received up to a thousand tips in the case. He also said he did not believe that there was anything nefarious behind a white man being falsely fingered as the initial suspect. He said the man driving the red truck was likely merely a witness who sped away after hearing gun fire.

?I’ll go ahead and state the obvious. 24 y/o Larry Woodruffe doesn’t fit the description offered by the 4 different witness statements or composite sketch. Accordingly, this tip was difficult to believe. Assuming the confession elicited is reliable— it is possible the previously identified suspect seen fleeing by several independent witnesses was a bystanader attempting to escape the shooting. To observers, however, he appeared to be the shooter himself. ?More information will have to be drawn out before there is a conviction. Nonetheless, the community is collectively responsible for obtaining evidence that has led to a credible arrest and we are closer to answers. That much is laudable.

This is not the first case in which King has made false allegations in racially charged cases.

King accused a Texas state trooper on May 20, 2018 by name of sexually assaulting a black woman while she was in jail. (RELATED: Shaun King Falsely Accuses Texas State Trooper Of Sexually Assaulting Woman)

The woman, Sherita Dixon-Cole, was a close friend of Lee Merritt, the same attorney who is working with Barnes’s family, King wrote at the time.

Shaun King accused a police officer– by name– of sexual assault and threatening to murder a black man. He was completely innocent. pic.twitter.com/4qw48J88xw