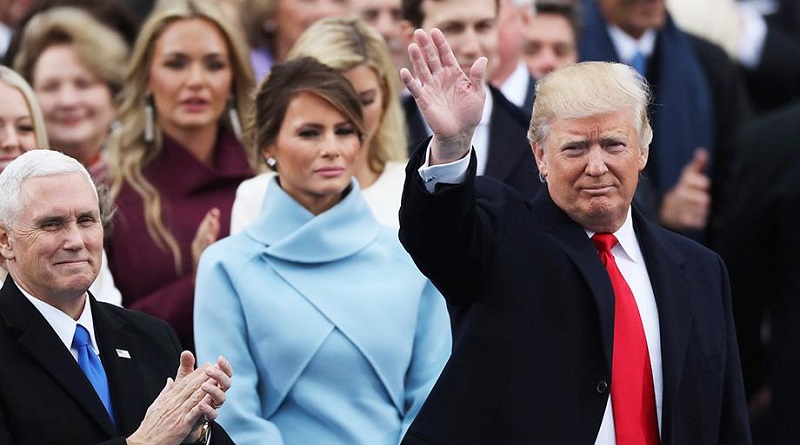 President Donald Trump announced shortly after midnight that he and First Lady Melania Trump had tested positive for coronavirus.

Tonight, @FLOTUS and I tested positive for COVID-19. We will begin our quarantine and recovery process immediately. We will get through this TOGETHER!

The president said he and the First Lady will be going into their “quarantine and recovery process immediately.”

The First Lady added in her own tweet that she and the president are “feeling good” and she has “postponed all upcoming engagements.”

As too many Americans have done this year, @potus & I are quarantining at home after testing positive for COVID-19. We are feeling good & I have postponed all upcoming engagements. Please be sure you are staying safe & we will all get through this together.

The news of Trump’s positive test came hours after it was earlier confirmed that his close aide Hope Hicks had tested positive for the virus earlier on Thursday after exhibiting symptoms during Trump’s trip to Duluth, Minnesota, for a rally on Wednesday night.

Trump’s announcement that he has contracted coronavirus after had earlier told Fox News’ Sean Hannity that he and the First Lady would go into quarantine after exposure to Hicks. He also tweeted that earlier in the evening:

Hope Hicks, who has been working so hard without even taking a small break, has just tested positive for Covid 19. Terrible! The First Lady and I are waiting for our test results. In the meantime, we will begin our quarantine process!

It is unclear how the president contracted the virus, and it is unclear exactly when he did so.

A letter from Trump’s physician released for the public says the president and First Lady are “both well at this time” and they intend to stay at the White House “during their convalescence.” The letter, from Dr. Sean Conley–Physician to the President and a U.S. Navy Commander–also says that Trump will continue to execute the duties of the office of the president during this time “without disruption.”

Trump, at 74, is in the at-risk age group for coronavirus.

Earlier on Thursday, the president traveled to New Jersey for a fundraiser at his Bedminster property. Some in the press noted that Trump had fewer staff than usual traveling with him.

Trump had rallies scheduled on Friday and Saturday in Florida and Wisconsin, respectively, but it is unlikely that those will go forward.

Vice President Mike Pence, who chairs the White House Coronavirus Task Force, is scheduled to debate Democrat vice presidential contender Sen. Kamala Harris (D-CA) next week in Salt Lake City, Utah. It is unclear at this stage how this development will affect that, or the two future presidential debates scheduled for later in October.