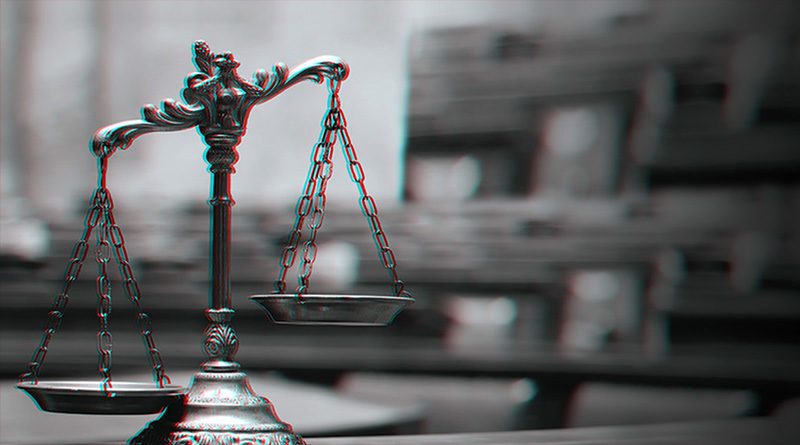 Although credit is often mistakenly given to Shakespeare, it was the 17th Century literary critic Thomas Rymer who coined the term “poetic justice.” Poetic justice occurs when some particularly hypocritical or vile individual receives a fitting and appropriate end, particularly one with irony in abundance.

The following are examples of poetic justice, and many are so perfectly appropriate that they even hint at the possibility of Divine Intervention.

Amy Biehl: Filled with the self-righteousness that only Jews can feel towards blacks with whom they have no contact, Amy Biehl traveled to South Africa in 1993 to help register blacks to vote in the 1994 South African National Elections that ended “apartheid.”

She must have assumed her degrees from Stanford would insulate her from the routine violence of black savages. However, to paraphrase an African proverb, “the leopard cannot change its spots.”

That election almost immediately transitioned South Africa from a First World civilization into a Third World cesspool. It also ushered in a new era where black savages gird up their courage and their loins before murdering white farm families and stealing their land with impunity.

In the course of her efforts to participate in the South African Elections, Amy Biehl was returning from a political meeting on August 24th, 1993 when the vehicle she was driving was stopped by some of the very black savages she wished to liberate. They immediately pulled her from the car and stabbed and stoned her to death, before robbing the other occupants of the vehicle.

Four sub-human rat-apes were arrested and charged with her murder, but after their convictions, all four were pardoned by South Africa’s so-called “Truth and Reconciliation Commission.” The latter is anything BUT a source of “reconciliation,” and their pardons were conclusive evidence that South Africa is now as lawless as Zimbabwe, Haiti, or every other black shit-hole.

If there were ever a perfect example of poetic justice, it is Amy Biehl’s brutal and senseless murder at the hands of the same black savages she worked to “liberate.”

It is the Amy Biehls of this world who feel the insane need to empower the most violent, savage, witless and predatory race in human history, and she was instrumental in helping to destroy South Africa by turning it over to witless black savages, whose true nature will forever remain a mystery to her. It is only justice that she should die at their hands.

Julie Laible: This woman was raised on a farm in a nearly all-white region of Illinois. She studied Spanish at the University of Illinois, where she was inspired (wink, wink) by a black teaching assistant who opened her eyes to racial injustice in America. At his suggestion, she attended graduate school at the University of Texas at Austin, where she could get all the exposure to Hispanics she might ever want.

For her Ph.D. dissertation, she studied predominately Hispanic high schools in the illusory hope of finding techniques to make Hispanic students more academically successful. She traveled to Mexico to give education courses to elementary school teachers.

In 1995, Miss Laible joined the faculty of the University of Alabama at Tuscaloosa, where she researched ways to improve the academic performance of black high school students. She also received a federal grant to study ways to help Albertville, Alabama handle its increasingly Hispanic population. She was also the leader of a church-related anti-racism group in Tuscaloosa.

A teacher who taught Miss Laible in the fourth grade and remained in touch with her says, “She found her calling to help Hispanic people. It brought a sense of meaning to her life.”

In March of 1999, she was planning to visit her parents in Naples, Florida over Spring Break. As she drove South on I-75 in Manatee County, a 22-pound rock crashed through her windshield, killing her instantly. Her murderer was a 19 year-old child of Mexican immigrants named Juan Cardenas.
He and a group of other Hispanic teenagers had been throwing rocks at traffic for some time, beginning with smaller ones, and working up to sufficiently large rocks that they had to lift them with two hands. Mr. Cardenas and one of his friends, 17-year-old Jesus Dominguez, were both convicted of second-degree murder.

Steven Otter: Steven Otter was a self-righteous author and “journalist,” who routinely vilified other white people for what he charged was their “misperception” of black crime in South Africa.

In a truly delicious example of poetic justice, his home was invaded on December 16, 2016 — South Africa’s “Reconciliation Day” — by two black savages who stabbed him to death. He died in the arms of his mixed-race “partner,” Nathalie Williams.

Here is an example of the prose of Steven Otter, found in his book Khayelitsha (probably translates as “shit-hole,”) his memoirs from living in that rural township:

“By moving to Khayelitsha, I embarked on a search for the truth of the matter. I knew deep down that racism didn’t make any sense, but I very often thought racist things. What unfolded in Khayelitsha, therefore, was a journey to the heart of my racism, the only journey powerful enough to drown out the racist voices of the majority within the white society of my youth.”

In truth, Otter was just another foolish white race-traitor, who was not squeamish about affiliating with certain violent and savage, black and Marxist revolutionary parties found in South Africa. These included The Pan-African Congress, and the Afro-Marxist Economic Freedom Fighters.

Otter’s assailants must not have read his work, so they were never informed of how innocent and peaceful they actually are. In any event, had Otter listened to all those “racist thoughts” and “racist voices” from his childhood — that he made it a point to reject — he might very well be alive today to further lecture us about how wrong we all are about blacks and their violent and criminal inclinations.