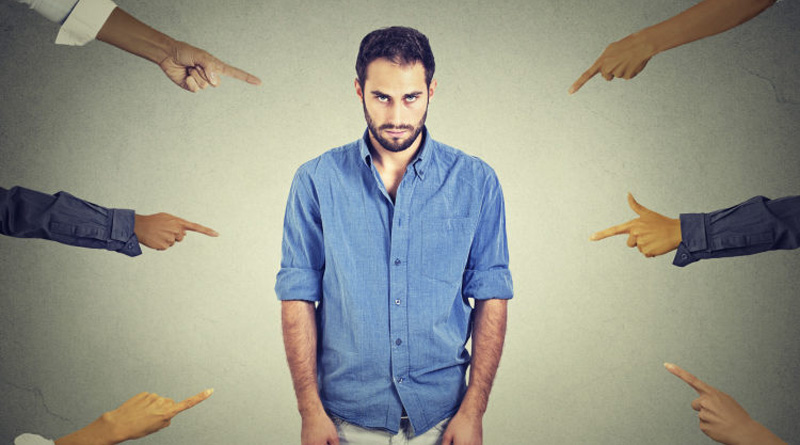 The New York Times’ assault on white Americans, about which I wrote yesterday ( https://www.paulcraigroberts.org/2020/02/11/the-new-york-times-assault-on-white-americans/ ), is not unique to the New York Times. White people are the targets of Identity Politics—the political ideology of the Democrat Party. The demonization of white people is the main focus of “Black Studies” in universities and schools. Corporate adds now engage in attacks on white ethnicities, such as this Scandinavian Airlines ad: https://youtu.be/ljtFEMAfQ_E . Not to be left out of the fun of beating up on white people, PBS announced that the propaganda film, The Long Shadow ( http://thelongshadowfilm.com ), will be aired 697 times on 176 PBS stations and channels across 70% of the US.

The Long Shadow is an ignorant or intentionally propagandistic film. The premise is that white-imposed institutional anti-black racism, “guided by the South’s powerful political influence, steadily, deliberately and at times secretly, established white privilege in our institutions, laws, culture and economy.” This is an amazing lie. Slavery was universal. Muslims held millions of white slaves obtained from raids on European coastal towns. Was this “Muslim anti-white racism, guided by Islam’s powerful influence,” or was it the appropriation of labor, as were feudal dues or the modern income tax on labor? How come slavery is only something whites did to blacks, and not something that Muslims did to whites or blacks to blacks? As the historic record makes certain, the black slave trade originated in Africa in the black king of Dahomey’s slave wars against other black tribes.

When whites held whites as slaves, was this white-imposed anti-white racism?

These questions are carefully avoided by The Long Shadow film, by the New York Times’ 1619 Project, by Black Studies, and by Identity Politics as is the question: Where did the black slaves come from?

The answer is that they came from the black kingdom of Dahomey.

Does this mean that blacks, “guided by the black king’s powerful influence imposed anti-black racism and institutionalized this racism in Dahomey’s laws and homegrown African institution of the black slave trade?”

What about the Jewish slave traders? Are they also responsible for institutionalizing racism?

Why did slavery only cast evil over America and not over Greece, Rome, Europe, the Muslim world, and black Africa? What kind of bullshit game are PBS, the New York Times, Identity Politics, Black Studies, school districts, and corporations playing?

How is it that slavery is white racism when every race has owned slaves?

According to The Long Shadow propaganda, the filmmakers are two “privileged daughters of the South, who were haunted by their families slave owning past” and made the film as an act of exorcism. Slavery in the US ended more than one and one-half centuries ago. Does anyone really believe that today, after 55 years of minority preferences in university admissions and employment, two people in the 21st century are remorseful over a feature of an ancestor’s society in the 19th century? What sense does this make?

What is wrong with the New York Times, PBS, universities, and Democrats that they are unable to comprehend that for the United States slavery was an inherited institution, not one created by the Founding Fathers or by Southerners?

The answer is that they are determined not to understand anything. The intent is to demonize white people.

If Jews are demonized, it is hate speech and anti-semitism.

If blacks are demonized, it is hate speech and racism.

But when whites are demonized it is OK, but it is not OK for whites to protest their demonization. So, how is there white privilege when whites are the only race whose demonization is encouraged, and, if whites protest, it is regarded as proof that they are unrepentant white supremacists?

The demonization of white people is so out of hand that today white Americans and Europeans are demonized worse that Jews were demonized in National Socialist Germany. No good can come from this. Swedish women are already paying a huge price (https://www.paulcraigroberts.org/2020/02/09/swedish-government-aligned-firmly-with-migrant-invader-rapist-murderers-against-swedish-women/ )