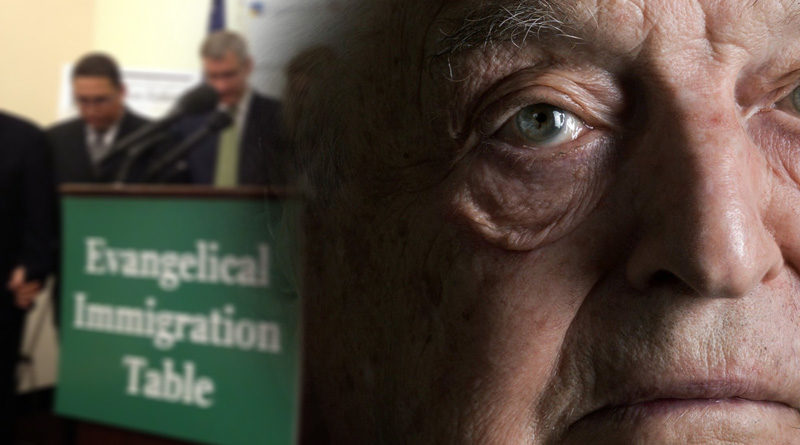 Congratulations to the author of the recent Baptist News column titled “ERLC, George Soros and the Evangelical Immigration Table.” The Southern Baptist “leadership” — on whose behalf it was written — has done a masterful job of hiding the truth in plain sight.

It summarily dismisses recent Breitbart.com reportage exposing the Evangelical Immigration Table (EIT) as nothing more than a leftist organization masquerading as representatives of “conservative” Christianity.

Their agenda is evident in their having deceived the governors of several “red” states into believing the latter will lose the “Christian Vote” if they don’t flood their respective states with Muslims and other dubious “refugees,” a fact the column appears to confirm.

The column also denies Breitbart.com’s claim that the Southern Baptist Convention — through its Ethics and Religious Liberty Commission (ERLC) — has been funded by Marxist billionaire George Soros. The author of the editorial emphatically states that “These claims have proved to be false.”

However, a few paragraphs later he concedes: that “EIT is supported by the National Immigration Forum,” an organization chaired by George Soros who also awarded it grant money.

The author first denies that George Soros has funded the EIT, but then describes the very money-trail, itself! The fact that Soros money was first LAUNDERED through the National Immigration Forum – before reaching the EIT – doesn’t make it any less tainted.

George Soros has contributed hundreds of millions of dollars to more than 200 leftist groups , many of whom advocate “open borders” and amnesty for Third World illegal aliens. The circuitous route of Soros funding is designed to obscure its origin and confuse gullible individuals like the author of the editorial. Or, as I suggested above, its purpose is to hide the truth in plain sight so Southern Baptist readers won’t notice.

Another troubling fact hidden in plain sight appears where Ali Noorani, Executive Director of the National Immigration Forum, is quoted as stating: “Quite simply, there has never been a single penny from George Soros that has gone toward the work of the Evangelical Immigration Table.’”

A search of the National Immigration Forum shows it to be an advocacy group for Muslims, and Mr. Noorani is a Muslim of Pakistani descent.

The Quran grants immunity to Muslims who lie to infidels for a “higher purpose,” such as to gain an advantage and defeat them. The principle is called Taqiyya among the Shiites, and Muda’rat among the Sunni. It might help explain Ali Noorani’s forgetfulness, and give focus to his claim that the EIT has never received “…a single penny from George Soros…”

Noorani and the Baptist Press have joined forces to deny funding from George Soros, even though it is conceded earlier in the editorial. Have we carried ecumenism too far when Southern Baptists make common cause with a Muslim group to lie to our members?