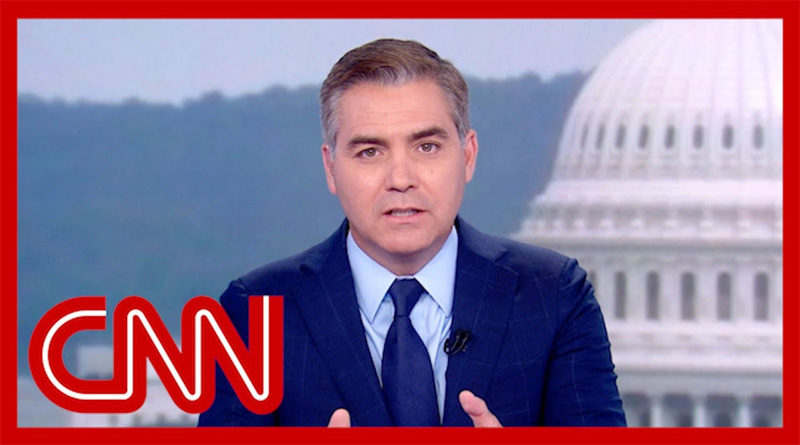 The Corrupt Leftist Media – of which CNN is Exhibit # 1 – truly IS the enemy of the American People, without any doubt.

Beyond doubt, you and CNN (the Communist News Network,) demonstrate your bias and dishonesty with every broadcast, all of which are tediously and gratuitously anti-Trump, no matter how successful he has been. Ron Desantis (R-FL) put it better than anyone when he recently stated on Lou Dobbs:

“If President Trump walked across the Potomac, the news media would say it’s because he can’t swim.”

By the way, President Trump is forced to “Tweet” his opinions because you and the rest of the Corrupt Leftist Media lie and distort everything he says or does. If I were President, neither you nor anyone else at CNN would be given press credentials to enter the White House. If you insisted upon entering, you would be forcefully removed.

Apparently, you want to be to President Trump what Sam Donaldson was to Ronald Reagan. I have no doubt you are just as big a hypocrite as Donaldson was, who –- after routinely railing against Reagan’s Agricultural Subsidies – turned out to have been the recipient of $97,000 in Mohair subsidies for his New Mexico sheep ranch.

I hope President Trump ultimately orders the use of the criminal and civil provisions of our anti-trust laws to break up the Marxist and Zionist oligarchy that defines the Corrupt Leftist Media in the U.S.

One thought on “Open Letter To Jim Acosta Of CNN”