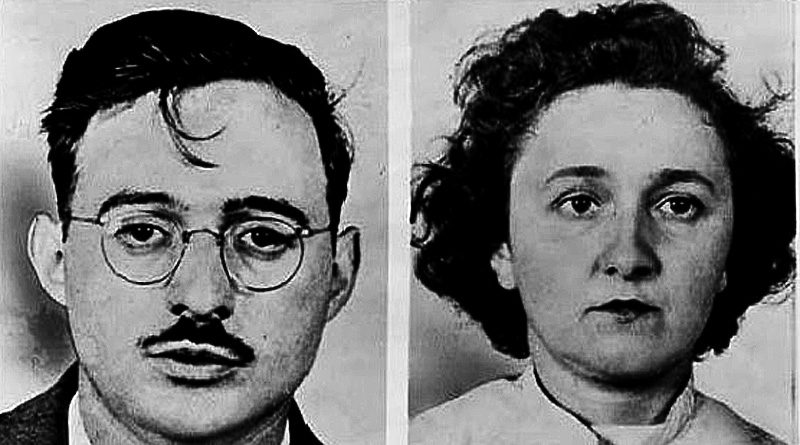 Buried within a new book Spies of No Country by Jewish-Israeli writer Matti Friedman is a frank admission about why Jews are so effective at international espionage: because of the range of their skin color, they can pass as almost any race, especially White:

“Spies of No Country: Secret Lives at the Birth of Israel,” which tells the captivating tale of Israel’s first spies, young Jewish men originally from Arab countries who could slip across borders undetected. They were part of the “Arab Section” of the Palmach, Israel’s prestate force that would turn into the Israel Defense Forces…

As Friedman explains, “In the Zionist movement in those years — we’re talking about pre-1948 — almost everyone is European or Eastern European. Nine out of every 10 Jews were of European descent. The community of Jews who came from Islamic communities was marginal; they didn’t seem like Jews. These people spoke Arabic — they had a different kind of Judaism. And the Zionist movement didn’t know what to make of them. Sometimes they were considered really interesting and exotic, but [most] times they’re disregarded and pushed aside.”

In the nascent world of Israeli intelligence, in a country in which Mizrahim still complain of discrimination, the book’s heroes saw their identity as Arab Jews respected for the first time.

…As Friedman writes, “In retrospect, we understand that our men had found their way into one of the only corners of the Zionist movement where their identity was valued.” Double identity, he argues convincingly, has always been a part of life for Jews. But particularly for Arab Jews.

“That was their secret weapon,” Friedman says in the interview. “The people who set up the Arab Section were British, and they understand that ethnic impersonation is impossible. A lot of British officers had been undercover in Greece during the war; they could fool the Germans, but never fool the Greeks. That was really hard to pull off! But the Jews in Palestine offered this incredible opportunity. Jews had people who could pass for anything you want: Polish, German, Arab — because Jews had these double identities. That’s what makes them such good spies, and explains the success of Israeli intelligence in the early years of the state.”

Richard Nixon knew exactly what Friedman is talking about here, as he once stated, “The Jews are born spies….they are just in it up to their necks.” When Friedman brags that Jews make natural spies, no one bats an eye, but when Nixon says the same thing, he’s a vicious antisemite who needs to be driven out of office. Jews know full well that they can pass as White, and they rely on that ability to literally spy on all aspects of White society and make sure that the goyim don’t start asking the wrong questions.

This “double identity” is what allows Jews to play a racial shell game, claiming to be a “religion” when convenient and also a protected “ethnic minority” when necessary. This is what’s at the heart of the expression “White privilege”; it’s the privilege that Jews have to be White whenever it’s to their advantage as they worm their way into all levels of White society. When asked if Jews are White, even White racialist Jared Taylor at American Renaissance stated, “Jews look white to me.” And that’s the naive and undiscriminating opinion that Jews love to hear from the sleeping goyim.

David Greenglass (March 2, 1922 – July 1, 2014) was an atomic spy for the Soviet Union who worked on the Manhattan Project. He was briefly stationed at the Clinton Engineer Works uranium enrichment facility at Oak Ridge, Tennessee, and then worked at the Los Alamos Laboratory in New Mexico from August 1944 until February 1946.

He provided testimony that helped convict his sister and brother-in-law Ethel and Julius Rosenberg, who were executed for their spying activity. Greenglass served nine and a half years in prison.

Reprinted from Christians For Truth