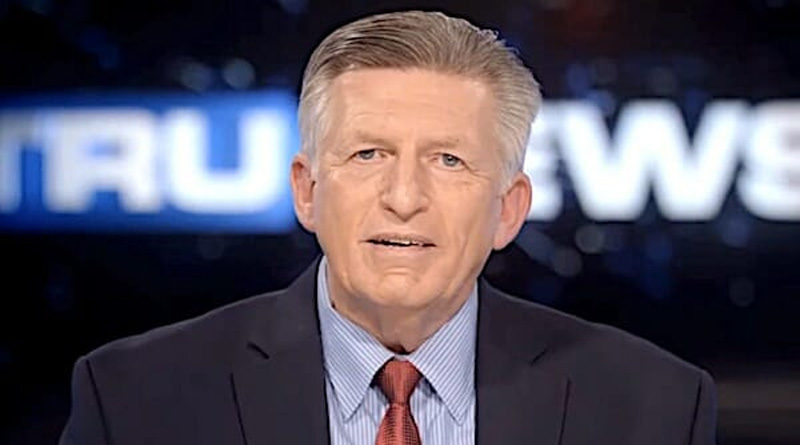 A Christian televangelist is raising eyebrows with his claim that the push to impeach President Donald Trump is a “Jew coup,” saying America “could be in civil war at Christmastime.”

During the 90-minute broadcast, Wiles said:

That’s the way the Jews work, they are deceivers, they plot, they lie, they do whatever they have to do to accomplish their political agenda. This ‘impeach Trump’ movement is a Jew coup and the American people better wake up to it really fast because this thing is moving now towards a vote in the House and then a trial in the Senate. We could have a trial before Christmas.

People are going to be forced, possibly by this Christmas, to take a stand because of this Jew coup in the United States.

We have weeks to stop it. That’s why I’m, speaking out. That’s why I’m putting everything on the line, saying this is a coup led by Jews to overthrow the constitutionally elected president of the United States.

And it’s beyond removing Donald Trump, it’s removing you and me. That’s what’s at the heart of it.

You have been taken over by a Jewish cabal, a Bolshevik revolution, and I want to tell you, the church of Jesus Christ, you’re next. Get it through your head! They’re coming for you. There will be a purge! That’s the next thing that happens when Jews take over a country, they kill millions of Christians.”

Ironically, President Trump’s daughter Ivanka is of the Jewish faith, and is actually the first Jewish member of a first family, having converted before marrying her Jewish husband, Jared Kushner, who is also a senior adviser to the president.

Ironically, President Trump’s daughter Ivanka is of the Jewish faith, and is actually the first Jewish member of a first family, having converted before marrying her Jewish husband, Jared Kushner, who is also a senior adviser to the president.

Trump is also world-famous for his staunch support of Israel and Jews across the world, and even moved the U.S. Embassy from Tel Aviv to Jerusalem.

Trump personally visited the Western Wall in Jerusalem and was photographed inserting a prayer into the wall in 2017.

2 thoughts on “Push To Impeach Trump Is A ‘Jew Coup’”