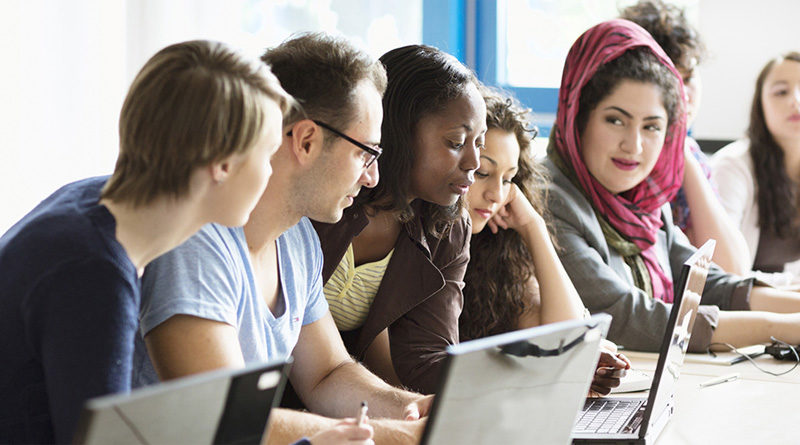 Yesterday, my wife Sandi and I shopped at a Costco store in Denver, Colorado. It sounded and felt like shopping in different countries with so many languages being spoken and strange modes of dress.

We encountered immigrants from Pakistan, India, Mexico, China, Vietnam, Somalia, China and another half-dozen countries. Since they spoke in their native languages, we felt zero commonality with them. We felt like strangers in our own community.

Let me speak to this harsh reality: India adds 16 million net gain annually to its already bloated 1.3 billion people with no end in sight. China adds 8 to 10 million, net gain, annually. Africa, at 1.1billion expects to hit 2.1 billion within 30 years. In other words, they continue producing more children than they can water, feed, educate or sustain. Result: they create an endless refugee line of desperate immigrants seeking any country that still offers enough water, food and shelter.

What does that mean to you and your kids? It means: no end of the line of immigrants. They won’t stop their endless birth rates, so they use first world counties for infinite immigration to turn our country into the same refugee camps they fled.

I interviewed on the Ross Kaminiski radio show at www.850KOA.com in Denver. I mentioned that the current 1965 Immigration Reform Act injected over 100 million immigrants into our country from 150 countries in the last 55 years. He said, “So what!”

I said, “Beyond the sheer numbers that will be environmentally devastating to our civilization, we face more fragmentation and fracturing than ever before in the history of the United States. We’ve got racism raging more than ever with responses like BLM and Antifa, along with Mexican Mafia, MS-13 invading Los Angeles and pushing African-Americans out. We’ve got Black Flash Mobs in Philadelphia, Chicago, Denver and Minneapolis knocking down and killing European-Americans. We’ve got Somalian drug gangs in Wisconsin and Minnesota. We’ve got Muslim ‘honor killings’ and ‘Female Genital Mutilation’ in America.”

He said something like, “You always face crime and differences no matter where you are in the world.”

“Well,” I said. “If Biden’s amnesty bills or his executive orders come to fruition, we’ll see 1.1 million immigrants annually that increase to 2.0 million legal immigrants annually. That doubles the speed of immigration to overwhelm our society.”

“We can handle another 100 million immigrants and more,” he said.

“But can we double our population from 319 million to the projected 625 million?” I asked him, “What about quality of life, standard of living, water shortages (already experienced in seven states in 2020 with California leading the nightmare), energy, resources and environment?”

“The Earth can handle it, the oceans can handle all the carbon we can pump into them,” Kaminski said.

Later, I wrote a commentary about Superintendent of Schools, Jason Glassman, in Eagle County, Colorado, addressing his plea that Americans become a bi-lingual country. He told me that we must fight racism.

The philosopher Kant said, “The two great dividers are religion and language.”

I told him, “Endless immigration not only creates intractable poverty, illiteracy and linguistic chaos, it feeds racism, grows racism and ultimately splits a country into a multicultural quagmire. Just look at New York City, Chicago, Houston, Miami and Los Angeles.”

I ask you, with our Congress injecting 100 million more immigrants into this country from 150 third world countries around the globe—what do you think will happen in the next three decades when we jump from 330 million to 440 million people in our country?

Do you think it’s going to be a garden bouquet, melting pot, and gloriously multicultural civilization where everyone sings Kumbaya in 100 different languages?

If my experience in Costco this past weekend indicates our future, I suspect we face becoming a “Nation of Strangers.” We can expect more separation, more political disparateness, linguistic separation and more cultural fragmentation than anyone understands.

As to turning ourselves into a multi-lingual society, former Governor Richard D. Lamm said in a speech in Washington, DC which I attended, “Here is how they destroyed their countries: first, turn America into a bilingual or multilingual and bicultural country. History shows that no nation can survive the tension, conflict and antagonism of two or more competing languages and cultures. It is a blessing for an individual to be bilingual; however, it is a curse for a society to be bilingual. The historical scholar Seymour Lipset put it this way, “The histories of bilingual and bicultural societies that do not assimilate are histories of turmoil, tension and tragedy. Canada, Belgium, France, UK, Sweden, Malaysia, Lebanon—all face crises of national existence in which minorities press for autonomy, if not independence. Pakistan and Cyprus have divided. Nigeria suppressed an ethnic rebellion. France faces difficulties with Basques, Bretons and Corsicans.”

When Florida, Georgia, Texas, New Mexico, Arizona, Nevada and California start suffering from accelerating water shortages because of another 100 million immigrants, how will we speak to those issues with endless language confusion. How will we get onto the same page?

Let me share with you; does Lamm’s speech make sense? Can you see it as clearly as I see it? Do you see the future for your children?

Do you understand when folks cannot obtain enough water or food, they degrade to violence? When you mix different races and languages, you mix different worldviews. How do you think India, China and Pakistan became failed civilizations—so much so—their citizens flee those countries?

Do you think immigrants become as enlightened as our Western Republic once they reach our shores? Do you think they blend into our culture?

Once we face water shortages, gas shortages and more environmental degradation, we Americans, having lost our country to mass immigration, and having become the new minority group by 2042 (that includes European-Americans and African-Americans)—we face irreversible consequences and unsolvable problems.

But instead, you’ve got Ross Kaminski’s’ who don’t know their butts from a hole in the ground and Superintendents like Jason Glassman who think we need to change our English language-speaking country into everybody else’s language.

This whole situation won’t end in a pretty picture. I am astounded as to why I am virtually the only journalist in the country who possesses the guts to spell it out. We need hundreds of Americans and journalists, along with radio and television people to address what we face by adding 100,000,000 (million) people to our country. In a nano-second of time in 30 years!

Do you not think it’s beyond stupid, it’s beyond ludicrous, it’s insane and it’s unsustainable environmentally and sociologically? Please join these organizations to stop your children from this untenable future: www.CapsWeb.org; www.NumbersUSA.org; www.TheSocialContract.com; www.FairUS.org; www.Alipac.us.

Call your senators and House member and tell them what you think. Tell them to reduce all legal immigration to “Egress Equals Ingress”, so if 50,000 leave the USA annually, we can allow 50,000 immigrants who are skilled and speak English, and are compatible to our culture: net gain would equal zero: Ph. 1 202 225 0600

Do it for your kids.

In a five minute astoundingly simple yet brilliant video, “Immigration, Poverty, and Gum Balls”, Roy Beck, director of www.numbersusa.ORG, graphically illustrates the impact of overpopulation. Take five minutes to see for yourself:

“Immigration by the numbers—off the chart” by Roy Beck

This 10 minute demonstration shows Americans the results of unending mass immigration on the quality of life and sustainability for future generations: in a few words, “Mind boggling!” www.NumbersUSA.org