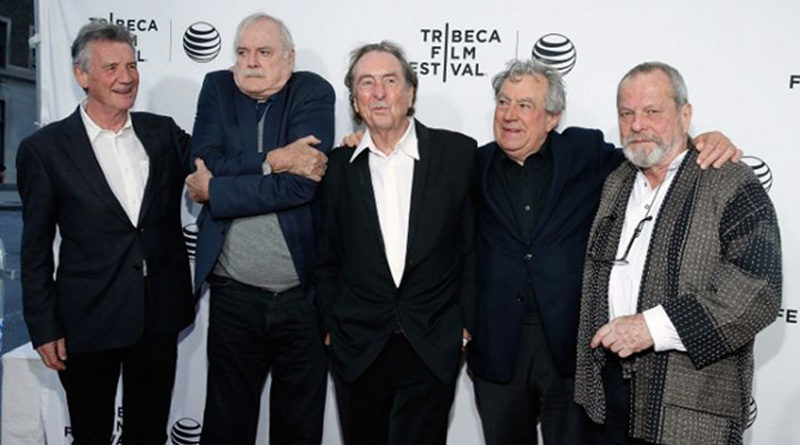 Former Monty Python star Terry Gilliam has hit out at the #MeToo Movement, labelling it “a witch hunt”, saying he is “tired, as a White male, of being blamed for everything that is wrong with the world”.

The writer and director made comments during an interview where he also said he “better not be a man”.

Talking to the Independent, Gilliam said: “Yeah, I said #MeToo is a witch hunt – I really feel there were a lot of people, decent people, or mildly irritating people, who were getting hammered. That’s wrong. I don’t like mob mentality.

“I understand that men have had more power longer, but I’m tired, as a white male, of being blamed for everything that is wrong with the world – I didn’t do it!

“I’m talking about being a man accused of all the wrong in the world because I’m white-skinned. So I better not be a man. I better not be white. OK, since I don’t find men sexually attractive, I’ve got to be a lesbian. What else can I be? I like girls. These are just logical steps.”

It is not the first time Gilliam, known for films such as Fear and Loathing in Las Vegas starring Johnny Depp and 12 Monkeys starring Brad Pitt, has made controversial comments.

Speaking at the Karlovy Vary Film Festival, in 2018 Gilliam said: “You know I no longer want to be a white male and be blamed for everything; I tell the world I am a BLGT, Black Lesbian in Transition and my name is Loretta.

“Comedy is not assembled – a boy, a girl, white, black, a dog… I want to be trans-species. Transgender is not enough.”

Gilliam is currently promoting latest movie The Man Who Killed Don Quixote, which is loosely based on the seventeenth century novel written by Miguel de Cervantes.

The film, which stars Adam Driver and Jonathan Pryce, is released in the UK this month.

Eventually, at some point in time – arguably it’s already started – White men will wake-up in numbers sufficient enough to overthrow ZOG. You can see the signs, and the enemies’ desperation is obvious, from internet purges and free speech crackdowns to infantile braindead rhetoric and flaming hypocrisy. ZOG is ripe for a fall, and it is going down.