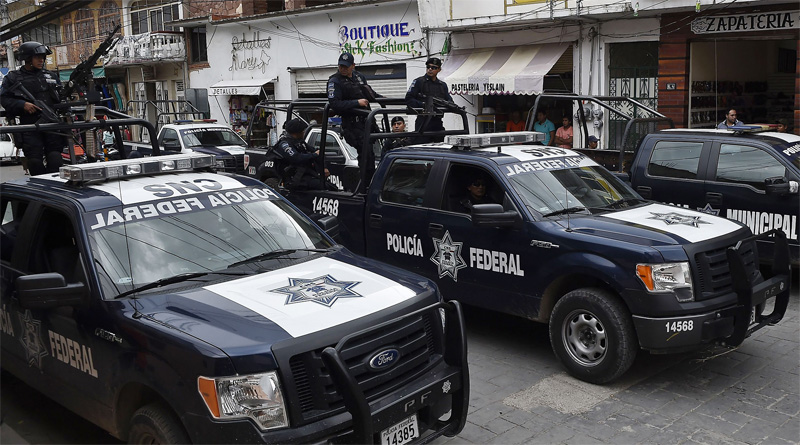 With beautiful beaches, stunning landscapes, historic ruins and a myriad of business opportunities, Mexico has so much to offer American vacationers and business travelers. Millions of Americans visit the country annually without incident, but, if you heed the most recent government warnings and data, you may want to think twice about heading south of the border.

Advisories released last month by the U.S. State Department tell Americans not to set foot in five Mexican states — Sinaloa, Colima, Michoacan, Guerrero and Tamaulipas — because of violent crime. Traveling to those states is as dangerous, according to the State Department’s safety ratings, as traveling to Afghanistan, Syria and Iraq. And Americans with plans to go to 11 other Mexican states should “reconsider,” the agency says.

More than 31 million Americans visited Mexico in 2016, the National Travel & Tourism Office says, and State Department data shows there were reports of 75 American homicide victims there. In comparison, 49 million Americans traveled to all other foreign countries, and 69 were reported killed by homicide.

Of the five Mexican states that the State Department tells Americans not to visit, one, Tamaulipas, borders the USA. It shares a 230-mile border with Texas, and murder, armed robbery, carjacking, kidnapping, extortion and sexual assault commonly occur, the State Department says.

U.S. government employees are not permitted to drive from the U.S.-Mexico border to “the interior parts of Mexico with the exception of daytime travel on Highway 15 between Nogales and Hermosillo,” the State Department says.

The agency’s advisories add up to a no-go warning for more than half of Mexico’s 31 states. The country’s remaining 15 states and its capital city, Mexico City, also have a lesser warning: “Exercise increased caution.”

“While most of these homicides appeared to be targeted, criminal organization assassinations, turf battles between criminal groups have resulted in violent crime in areas frequented by U.S. citizens,” the agency says. “Shooting incidents injuring or killing bystanders have occurred.”

The Australian government also expresses concern about the safety of areas frequented by vacationers.

“Violent crime, including murder, armed robbery, sexual assault and kidnapping, occurs in Mexico, including in popular tourist destinations and beach resorts, and the risks increase after dark,” the Australian government says. “Petty crime, such as pickpocketing and bag snatching, is prevalent in tourist destinations, airports, hotels, bus stations and on public transport.”

The Australian government says there have been reports of sexual assault, extortion and robbery “being committed by individuals presenting themselves as police officers, sometimes driving automobiles resembling police vehicles.”

Kidnappings are common, and there have been allegations of complicity by police officers,” the Australian government says. “Be cautious and discreet about discussing your financial or business affairs.”

The Canadian government says hotel employees, taxi drivers and security personnel “at popular tourist destinations” have physically or sexually assaulted foreigners. Be wary of beverages and snacks offered by taxi drivers, strangers or new acquaintances, because they “may contain drugs that could put you at risk of sexual assault and robbery,” the government advises.

One thought on “Mexico: Where More Americans Are Murdered Than In All Other Foreign Countries Combined”