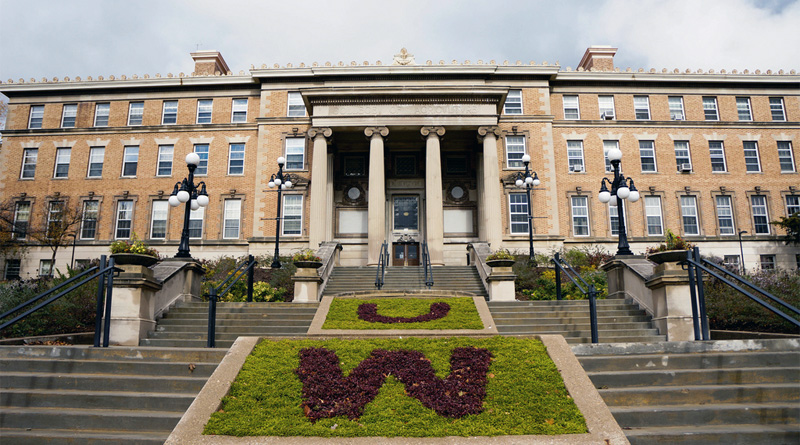 The University of Wisconsin-Madison is offering a course next semester called “The Problem of Whiteness,” and it’s not sitting well with a Republican legislator.

Wisconsin Rep. Dave Murphy, who is also the chairman of the Assembly Committee on Colleges and Universities, has asked the university to cancel the course, saying it prompts racial division.

“I am extremely concerned that UW-Madison finds it appropriate to teach a course called, ‘The Problem of Whiteness,’ with the premise that white people are racist,” Murphy said in a statement this week. He even threatened to pull funding for the state university.

The course, taught by Professor Damon Sajnani, is part of the African Cultural Studies program at the university’s College of Letters and Science.

“Have you ever wondered what it really means to be white? If you’re like most people, the answer is probably ‘no.’ But here is your chance!,” reads the course description. “In this class, we will ask what an ethical white identity entails, what it means to be #woke, and consider the journal Race Traitor’s motto, ‘treason to whiteness is loyalty to humanity.’”

Murphy said the university must discontinue the class.

“If UW-Madison stands with this professor, I don’t know how the university can expect the taxpayers to stand with UW-Madison,” he wrote.

The university defended its curriculum and said it takes pride in offering a variety of courses.

“We believe this course, which is one of thousands offered at our university, will benefit students who are interested in developing a deeper understanding of race issues. The course is a challenge and response to racism of all kinds,” read the university statement.

Murphy also questioned the university’s decision to have Sajnani teach the course.

“Even more troubling, the course is taught by a self-described ‘international radical’ professor whose views are a slap in the face to the taxpayers who are expected to pay for this garbage,” said Murphy.

In his statement, he referred to Sajnani’s controversial tweets on topics such as police brutality and the Ku Klux Klan.

Murphy was joined in his criticism by Milwaukee County Sheriff David Clarke, who wrote on Twitter, “This is racism against white people. ALL racism is wrong.”

The professor is standing by his class and continues to share messages of support on his Twitter page.

“Good day haters! Keep fueling me with your Tomfoolery. The angrier whites are about interrogating their identity the greater is the need for it,” he stated on Twitter. “My only complaint about this course is that I already graduated from the UW and can’t take it,” one person posted.

Damon Burchell-Sajnani, better known by his stage name Professor D or ProfessorD.us is a Canadian rapper and assistant professor based in the United States. He is the lead vocalist of The Dope Poet Society and professor of African Cultural Studies at the University of Wisconsin – Madison where he teaches courses on Hip Hop and Politics in Africa and around the world. He was the inaugural Nasir Jones Hip Hop Fellow at the W.E.B. Du Bois Institute at Harvard University in 2014-15. He is known for rapping about social issues and global politics with sophisticated rhyme structures and “tongue twisting flows.” Marcyliena Morgan, Executive Director of Harvard’s Hiphop Archive, says Professor D’s work “represents the innovations and creativity of hiphop at its best.” Professor D has released several critically acclaimed albums and published numerous scholarly articles.

In December 2016, Sajnani was singled out for criticism by a Wisconsin legislator for a course about race, entitled “The Problem of Whiteness.” The course description states that it “examines various mediated cultural forms such as broadcasting, news, performance, music, film, or social media created and used and across regions and countries in Africa, addressing issues such as cultural identity, nation building, constraints on expression, access, and reception, and the interaction of global and African cultural forms.” The legislator also objected to earlier twitter posts Sajnani had made.