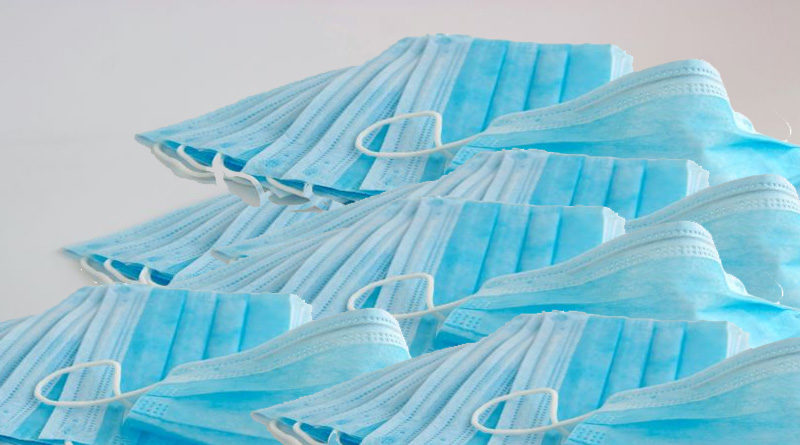 A fundamental purpose of immigration law is the prevention of spreading disease, noted former Attorney General Jeff Sessions, sharing his comments in an interview on Monday’s edition of SiriusXM’s Breitbart News Daily with host Alex Marlow.

Marlow invited Sessions’ remarks on the connections between the coronavirus outbreak within America and the threats from “China,” “open borders,” and “globalism.”

“First of all, borders are real,” said Session. “Borders exist to provide protection to a country, and any country should protect itself and not pretend that we don’t have borders. So the president has moved aggressively on that [in] restricting immigration, and it will be a big benefit to us.”

Sessions remarked, “We do need to continue on the president’s leadership in fixing the border, obviously that’s important. We need to understand that people don’t just get to fly all over the globe. One of our fundamentals of immigration, since time immemorial, is to avoid on disease being spread around the world.”

The American Medical Association’s Journal of Ethics highlighted the centrality of preventing the spread of infectious diseases to the calibration of U.S. immigration policy across the nation’s history. The Immigration Act of 1882 excluded those deemed to be “suffering from a loathsome or a dangerous contagious disease” from eligibility for U.S. citizenship and entry to the country.

“Whether we’re talking about the medicines we now understand about, medical equipment, ventilators, rare earth minerals, 5G, Huawei — which is now under indictment by the Department of Justice for various events — [China has] stolen our intellectual property,” Sessions stated.

“I started a China initiative at the Department of Justice that has exceeded, really, my expectations,” added Sessions. “It has just surged cases,” noting that federal indictments against Chinese nationals and organization related to national security threats are “ongoing.”

Sessions contrasted the Justice Department’s emphasis of threats from China during his tenure as attorney general with that of his predecessors during the Obama administration.

“One report said there were zero cases under the last four years of the Obama administration,” said Sessions of the Justice Department’s investigations of suspected China-related crimes. “There are now 50 cases involving Chinese entities ongoing. We called it the China initiative. There are now as many as 1,000 investigations. FBI Director Chris Ray said each one of his 56 field offices have cases involving Chinese entities.”

China procures American businesses as political assets and leverage against the U.S. through the establishment financial relationships, noted Sessions.

“It’s highly sophisticated,” said Sessions of China’s geopolitical strategy. “Individual businesses, first, are basically corrupted. If you want to do business in China, you have to go along with their demands. Mercedes has a big Alabama plant [and] they want to sell their cars in China. They were told recently, ‘You can’t sell them here unless you buy your batteries from China.’ They didn’t want to do that, but that was the deal they had to agree to. That kind of thing has been going on for years, [but] we don’t do it to Chinese companies.”

China is more dependent on America’s market than the other way around, assessed Sessions.

“We’ve got to say, ‘If you want to play in our league, you’ve got to play by the rules, China,’” Sessions stated. “What the president knows … is that China must have our market, [and] that their economy would be in shambles if they can’t sell their three, four, five hundred billion dollar surplus to the United States.”

Sessions went on, “We have much more leverage than they do, and it’s time for us to use it,” adding, “if we do that effectively, there’ll be some pushback from certain special interest groups.”

Sessions concluded, “We have perhaps one opportunity, now. That’s with the reelection of President Trump to get this done. There are powerful forces out there — globalist forces, big business forces, left-wing Democratic forces, La Raza-type radical forces — that are working against ending the lawlessness [on the southern border]

Session ended with remarks on his recusal from any Justice Department investigations of Trump’s 2016 president campaign during his tenure as attorney general.

“I was a part of the Trump campaign,” Sessions recalled. “The investigation was investigating the campaign, and I was a witness. … There was a specific regulation in the [Department of Justice] that said that if you are part of a campaign, you can’t investigate the campaign.”

Sessions described his recusal as a measure to “create discipline and order” in the Department of Justice, and to end what he described as partisan politicization of the Justice Department by his predecessors during the Obama administration.

“The attorney general has to follow the rules, too,” Sessions concluded, “You can’t just not follow the rules and I felt that’s what I was obligated to do,” adding, “It was a long and difficult and frustrating thing for the president, but … I felt that I did what I had to do.”