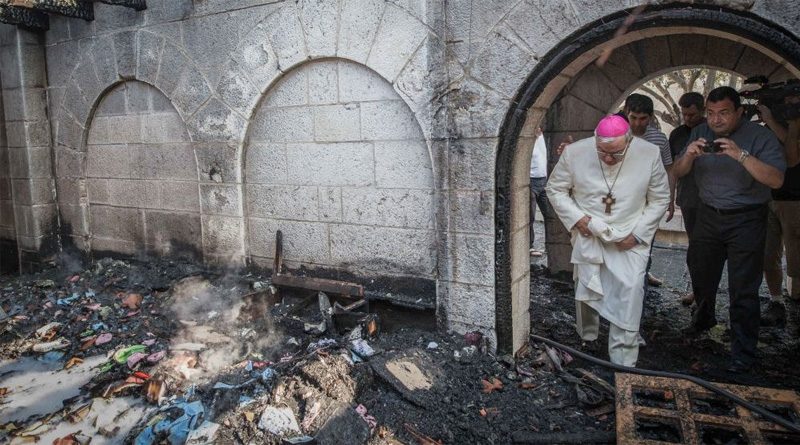 By The New Observer

The TNO Staff reports that Jewish extremists have attacked and burned at least 53 Christian churches and Muslim mosques in Israel since 2009—but there is no international media outcry unlike what would be the case had 53 synagogues been similarly burned by non-Jews anywhere in the world.

In fact, the controlled media in Europe and America even refuses to report on the mass attacks by Jews upon non-Jewish religious buildings in Israel, and the attacks have only come to light after the Haaretz newspaper in Israel mentioned them.

In an article titled “53 Mosques and Churches Vandalized in Israel Since 2009, but Only 9 Indictments Filed,” the Jewish newspaper blandly asserts that the “many unsolved crimes are a question of police priorities” . . . “Without a doubt, they aren’t looking hard enough”—in other words, they don’t really care about attacks on non-Jews. 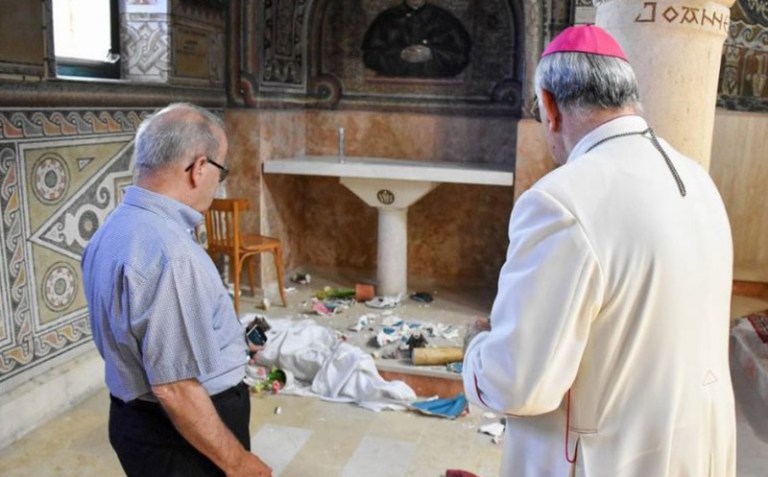 According to the Haaretz even though over 50 Christian and Muslim sites have been vandalized in Israel and the West Bank since 2009, but only nine indictments have been filed and only seven convictions handed down, according to Public Security Ministry data.

“Moreover, only eight of the 53 cases are still under investigation, with the other 45 all closed.”

The article adds that the latest attack occurred last Wednesday, at St. Stephen’s Church in the Beit Jamal Monastery, near Beit Shemesh. Many items were broken, including some of the stained glass windows and a status of the Virgin Mary.

This was the third such attack on the monastery in the last five years. In 2013, a firebomb was thrown at a door and anti-Christian slogans were scrawled on the walls—all in Hebrew.

About 18 months ago, Christian gravestones were vandalized in the cemetery. No suspects were arrested in those cases, either.

The wave of vandalism peaked in 2013, the data show. That year, 11 investigations were opened and five people were convicted.

A Greek Orthodox priest talking to an Israeli policewoman outside a seminary in Jerusalem, February 2015. The seminary was damaged by fire and anti-Christian slogans were written in Hebrew.

Nine Christian and Muslim sites were vandalized in 2014 and the same number in 2015. In 2016, only three such attacks were recorded, but there were four in the first half of this year. From 2009 through 2012, there were 17 such incidents – but there wasn’t a single indictment.

The Tag Meir organization, which monitors hate crimes, keeps its own records. It says there were 44 attacks on Christian and Muslim sites between the end of 2009 and the beginning of 2016.

Tag Meir said many arson attacks on mosques have never been solved. These include mosque attacks in the West Bank villages of Kafr Yasif, Luban al-Sharqiya, Beit Fajjar, Hawara and Qusra, as well as one in the Israeli Bedouin town of Tuba-Zangaria and some in Jerusalem.

Tag Meir said it knows of only two cases that were solved: an arson attack on a Christian seminary near the Abbey of the Dormition, Jerusalem; and an arson attack on the Church of the Multiplication of the Loaves and Fishes in Tabgha, on the Lake Kinneret shoreline. 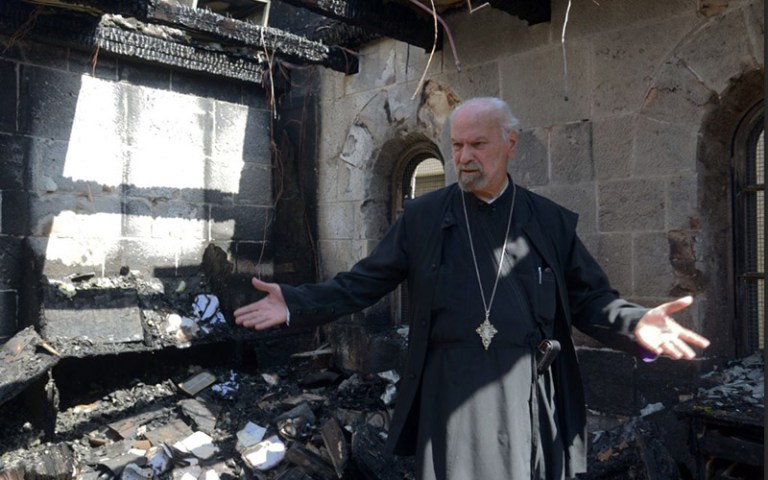 Tag Meir Chairman Gadi Gvaryahu said he believes the many unsolved crimes are a question of police priorities. “Without a doubt, they aren’t looking hard enough,” he said, adding that some crimes remain unsolved despite security camera footage that included images of the suspected vandals’ cars.

“We know that after the Church of the Loaves and Fishes, someone – apparently the prime minister – decided they had to find them. So they found them,” Gvaryahu added.

The ministry data were divulged in response to a parliamentary question filed by MK Itzik Shmuli (Zionist Union) at Tag Meir’s request. Shmuli also said that when “about 85 percent of the cases in such serious crimes are closed with nothing,” this should “sound an alarm about the order of priorities.”

The lack of interest by the West’s controlled media in the ongoing plague of attacks against non-Jews in Israel is due to the fact that the Jewish lobby controls those outlets—there is simply no other reason.

Consider, for example, what the media would have done had 53 synagogues been attacked and burned in any European country, or America. The coverage would be non-stop, all the politicians would be condemning it, there would be mass arrests, bannings and all manner of state reaction.

But, because it is Jews carrying out the attacks, and non-Jews being the victims, the media is silent.