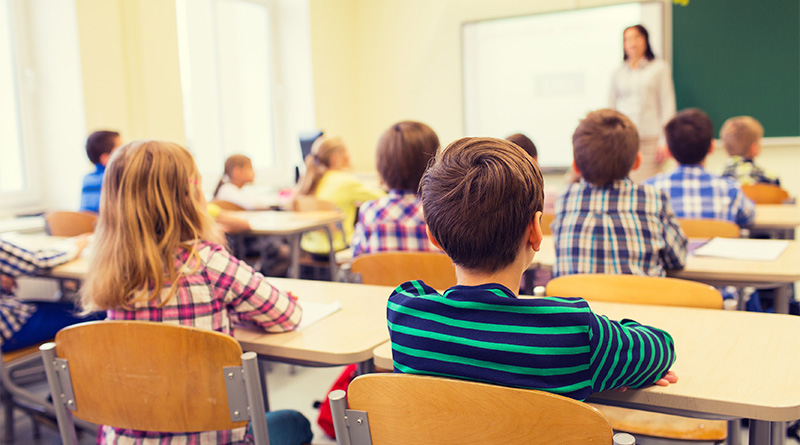 The city of Edina has changed the way it approaches public education, putting social justice above learning. The results will shock you.

For decades, the public schools of Edina, Minnesota, were the gold standard among the state’s school districts. Edina is an upscale suburb of Minneapolis, but virtually overnight, its reputation has changed. Academic rigor is unraveling, high school reading and math test scores are sliding, and students increasingly fear bullying and persecution.

The shift began in 2013, when Edina school leaders adopted the “All for All” strategic plan—a sweeping initiative that reordered the district’s mission from academic excellence for all students to “racial equity.”

The Edina school district’s All for All plan mandated that henceforth “all teaching and learning experiences” would be viewed through the “lens of racial equity,” and that only “racially conscious” teachers and administrators should be hired. District leaders assured parents this would reduce Edina’s racial achievement gap, which they attributed to “barriers rooted in racial constructs and cultural misunderstandings.”

As a result, the school system’s obsession with “white privilege” now begins in kindergarten. At Edina’s Highlands Elementary School, for example, K-2 students participate in the Melanin Project. The children trace their hands, color them to reflect their skin tone, and place the cut-outs on a poster reading, “Stop thinking your skin color is better than anyone elses!-[sic] Everyone is special!”

Highlands Elementary’s new “racially conscious” elementary school principal runs a blog for the school’s community. On it, she approvingly posted pictures of Black Lives Matter propaganda and rainbow gay-pride flags—along with a picture of protesters holding a banner proclaiming “Gay Marriage Is Our Right.” On a more age-appropriate post, she recommended an A-B-C book for small children entitled A is for Activist. (Peruse the book and you find all sorts of solid-gold: “F is for Feminist,” “C is for…Creative Counter to Corporate Vultures,” and “T is for Trans.”)

At Edina High School, the equity agenda is the leading edge of a full-scale ideological reeducation campaign. A course description of an 11th-grade U.S. Literature and Composition course puts it this way: “By the end of the year, you will have . . . learned how to apply marxist [sic], feminist, post-colonial [and] psychoanalytical . . .lenses to literature.”

The primary vehicle in the indoctrination effort is a year-long English course—required of all 10th-graders—that centers, not on reading literature and enhancing writing skills, but on the politicized themes of “Colonization,” “Immigration” and “Social Constructions of Race, Class and Gender.”

One student characterized the course this way on the “Rate My Teachers” website: “This class should be renamed . . . ‘Why white males are bad, and how oppressive they are.’” (The negative review has since been deleted from Edina High’s “Rate My Teachers” page; but this is a screenshot from before it was memory-holed.)

Increasingly, families who are serious about education are leaving the Edina schools. For example, Orlando Flores and his wife pulled their son—an academic superstar—out of Edina High School in his senior year to escape its hyper-political environment.

Flores, who fled a Marxist regime in Nicaragua as a child, had this to say: “Years ago, we fled Communism to escape indoctrination, absolutist thinking and restrictions on our freedom of speech. If we see these traits in our schools in America, we must speak out and oppose it.”

Flores says that when his son was at Edina High, teachers routinely pushed politicians and political positions they favored, shamed and browbeat students with dissenting views, and forced them to defend themselves against baseless allegations of racism. According to his son, he says, classroom discussions were often “one-sided indoctrination sessions,” and students feared their grades would be penalized if they spoke out.

The final straw for the Flores family occurred when an English teacher subjected their son and a classmate to a lengthy, humiliating and ideologically charged grilling—unlike that faced by other students—after the boys made a presentation with which she disagreed following racially-charged incidents in Ferguson, Missouri.

When Flores’ son requested an apology, school authorities indignantly took the teacher’s side, says Flores. Fearing retaliation, the boy asked to transfer to another English class. There, a student teacher informed the class they would not be reading classic books because “dead white men are boring,” according to Flores.

Flores believes that “Race and racism should be discussed” at school. But “relentlessly obsessing about race—pretending it’s the only thing that matters—is counterproductive and harmful to everyone,” he says.

Like Edina students, the district’s faculty and staff must submit to racial equity re-education.

One such mandatory session for school bus drivers is illustrative. The widow of a bus driver who had been required to attend the training sent the entire 25-page instructional curriculum to Center of the American Experiment, where I am a senior policy fellow.

The training session was entitled “Edina School DIstrict Equity and Racial Justice Training: Moving from a Diversity to a Social Justice Lens.” In it, trainers instructed bus drivers that “dismantling white privilege” is “the core of our work as white folks,” and that working for the Edina schools requires “a major paradigm shift in the thinking of white people.” Drivers were exhorted to confess their racial guilt, and embrace the district’s “equity” ideology.

The suit grew out of events following a Veteran’s Day assembly in the high school gym on November 9, 2017. There, a group of veterans spoke about their military service, and the school band played the National Anthem and Taps. During the music, some black students “protested” by refusing to stand, slouching by the bleachers, talking loudly, and blaring music on their cell phones.

Members of the school’s unofficial Young Conservatives Club (YCC) responded by criticizing the protesters’ behavior, at school and on social media. In response, the protesters and their allies harassed the conservative students, with groups “as large as 30 students . . . daily surrounding club members and threatening to injure them if they did not change their political views,” according to the lawsuit complaint. In addition, a group styling itself the “Edina High School Anti-Fascists” (you have to see the group’s Twitter feed to believe it) posted a threatening YouTube video aimed at the YCC, which declared, “[W]e will not stop until every tentacle of your evil monstrosity is sliced off at the nerve.”

When the conservative students complained, the school’s principal “responded to their security concerns by saying that [they had] brought it upon themselves by criticizing the protests” at the Veterans Day program, according to the complaint.

The principal disbanded the YCC after pressuring its president to show him texts its members had sent one another about these incidents on the club’s private GroupMe. Yet school authorities apparently took no disciplinary action against the protesters and other students who had threatened and harassed YCC members.

The Edina Public Schools’ “policies suggest that ‘all are welcome here,’” the complaint asserts, “but what EPS really means is that all are welcome except conservatives.”

The Edina school district is just one example of the ideological hijacking of legitimate academic instruction in the name of racial equity. There’s more to come. Last October, the Star Tribune ran an op-ed that praised the Edina schools’ racial equity crusade, and condemned what the author described as America’s vicious history of violence and oppression—evidenced today by “Eurocentric curricula,” “hypersegregated schools,” and “biased standardized tests.” Our nation’s “racist practices,” she wrote, are what “allowed this country to expand geographically and to amass its great fortune.” White students, she asserted, must become “racially conscious” to learn “how their own worldviews are limited by whiteness.”

The writer was Dr. Annie Mogush Mason, program director of elementary teacher education at the University of Minnesota-Twin Cities, where the next generation of Minnesota’s teachers are being formed.

One thought on “Inside a Public School Social Justice Factory”