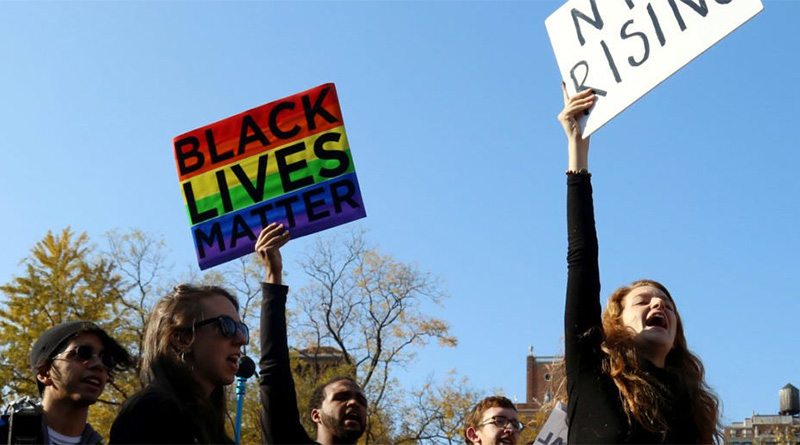 A New York Times columnist had the audacity to write about a college student declaring white DNA an abomination.

Frank Bruni, by all accounts a standard liberal, noted in a Sunday column how universities are increasingly promoting a disturbing animus for white people, taking as his inspiration a recent op-ed by a Texas State University student that garnered national attention.

“It used to be that when someone called me an abomination, I was in the presence of a homophobe,” Bruni began his Times column. “But a recent opinion column in Texas State University’s main newspaper damned me for a different reason. I’m abominable because I’m white.”

The column, written by Hispanic TSU student Ruby Martinez, argued: “Ontologically speaking, white death will mean liberation for all. Accept this death as the first step toward defining yourself as something other than the oppressor. Until then, remember this: I hate you because you shouldn’t exist. You are both the dominant apparatus on the planet and the void in which all other cultures, upon meeting you, die.”

Bruni, being a liberal, believes that Martinez’s argument is based on legitimate grievances of “systemic oppression,” but he can’t ignore the hatred emanating from the young student’s views and the Times columnist understands that Martinez is not an outlier.

“This wasn’t just one student or one campus or college campuses in general,” Bruni writes. “This was a manner of thinking and language too prevalent among those who correctly call out racial inequities and social injustices but wrongly fall prey themselves to the bigotry behind those ills.”

The writer thinks this development is harmful both to his side of the political aisle and for American democracy in general. “Mirroring the ugliness of white nationalists and the alt-right just gives them the ammunition that they want and need,” he argues.

The column itself was rather mild and firmly rooted in contemporary liberal ideas. Bruni even spent a good chunk of the article attacking Trump.

The one different thing about the op-ed is that it took note of the fact that higher education is producing toxic sentiments towards white people.

That was an outrageous and inane thing to do, according to Bruni’s left-wing critics. The Times writer was accused of bullying a poor college student from his perch at the most powerful paper in the country. Apparently the TSU column is so insignificant and harmless that no one should have even paid attention to it.

There’s nothing to worry about if you’re not a racist.

But Bruni may somehow be helping those racists with his column, according to Mic’s Jack Smith IV.

The Mic reporter later wrote an article for his outlet reiterating that same point in a more refined manner.

Basically, giving attention to the worst trends of higher education helps the alt-right, so The New York Times should ignore it — or justify it as brave students fighting against white supremacy.

The fact of the matter is that Martinez’s column does represent the rot of higher education, albeit the extreme fringe of it. In my book, “No Campus for White Men,” the case is laid out pretty clear that racial hatred, anti-Americanism, and radicalism isn’t just limited to fringe-y student columnists.

It’s everywhere, as Bruni explained with the recent example of Evergreen State University.

In May, the progressive university in Washington was the center of student-initiated firestorm over a liberal professor having qualms with a day where all whites were expected to vacate the campus. Somehow, those qualms were white supremacist and radical students forced that professor to flee from Evergreen State as they took the rest of the faculty hostage. (RELATED: No Campus For Professors Opposed To Anti-White Racism)

The left-wing agitators were mad that anyone would have a problem with a whole day dedicated to making my book’s title a reality. (RELATED: Evergreen Student: ‘I’m Not Allowed To Speak Because I’m White’)

The Left never takes campus insanity seriously because the speech suppression and radical opinions characteristic of the modern university benefits the Left. Why should leftists care if conservatives can’t speak on campus and students learn white people are evil? That sounds pretty “woke” to them.

It’s admirable that liberals like Frank Bruni are willing to call out the extremism of higher education, but they’re likely condemned to remain the minority. The majority of the Left endorses the excesses of campus agitation.