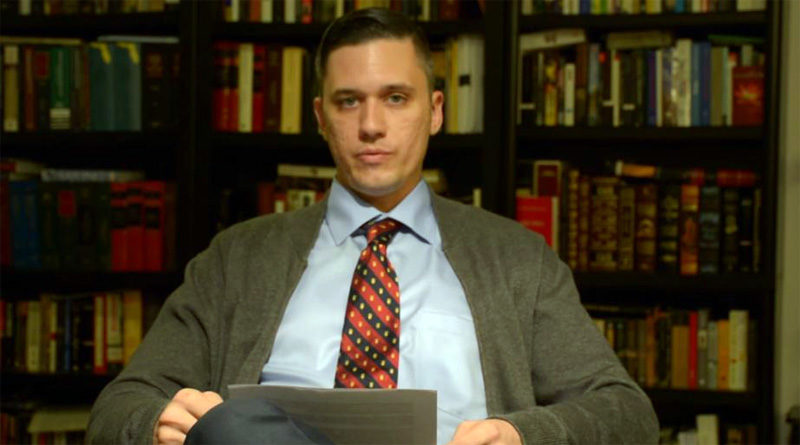 A South Carolina judge ruled Wednesday that police and prosecutors did not have probable cause in the arrest of a Florida nationalist in South Carolina who was accused of kidnapping his wife at gunpoint.

The judge dismissed that charge.

However, charges of domestic violence of a high and aggravated nature and possession of a gun during a violent crime remain pending against Augustus Sol Invictus, court testimony showed.

Invictus is a former U.S.. senate candidate from Florida whom police have said in court has made online postings about violence.

Judge finds no probable cause in kidnapping charge involving white nationalist Augustus Sol Invictus against his wife, but prosecutors can move forward with domestic violence and gun charges.

He was arrested In Florida on Dec. 30 on charges that included kidnapping based on a Dec. 12 incident in Rock Hill. Invictus was extradited back to South Carolina where he has been jailed without bond in York County.

Prosecutors and Rock Hill police say Invictus beat and held a gun to his wife’s head during the Dec. 12 incident. The Herald is not naming the wife.

In court Wednesday during a preliminary hearing, a Rock Hill Police Department officer read from incident reports that stated Invictus’ wife was bruised and scared for her life.

Sixteenth Circuit Assistant Solicitor Jenny Desch said in court Invictus forced his wife to drive to Florida after she was beaten and held at gunpoint. Invictus still had the gun during the drive, Desch said.

“She had no choice but to go,” Desch said. “That’s kidnapping under the law.”

“There were no threats of violence and she drove to Florida in a separate vehicle,” Barrowclough said. “That’s not kidnapping. To call that kidnapping is absurd…It’s ridiculous.”

York County, S.C. Magistrate Judge Dan Malphrus ruled there was not probable cause for the kidnapping charge.

Invictus, 36, said in a previous court hearing he is innocent and will be cleared of all charges. Invictus was in court Wednesday but did not speak.

The preliminary hearing held Wednesday is a defendant’s right to have a hearing in front of a magistrate before a grand jury considers a case. In such a hearing, a magistrate judge listens to arguments and decides if there is probable cause to send the case to the grand jury. A grand jury indictment is required for prosecutors to take a case to trial.

Invictus has been in jail in York County since early January. He was denied bond Feb. 14 after another York County judge ruled Invictus is a potential threat to public safety and a flight risk.

It is unclear whether Invictus will seek another bond hearing now that the kidnapping charge has been dismissed. It also is unclear if prosecutors will seek a direct indictment from a York County grand jury against Invictus for the kidnap charge that was dismissed Wednesday. Prosecutors have that legal right, South Carolina law shows.

Invictus faces as much as 20 years in prison if convicted of the domestic violence charge and five years on the gun charge under South Carolina law.

No trial date has been set.