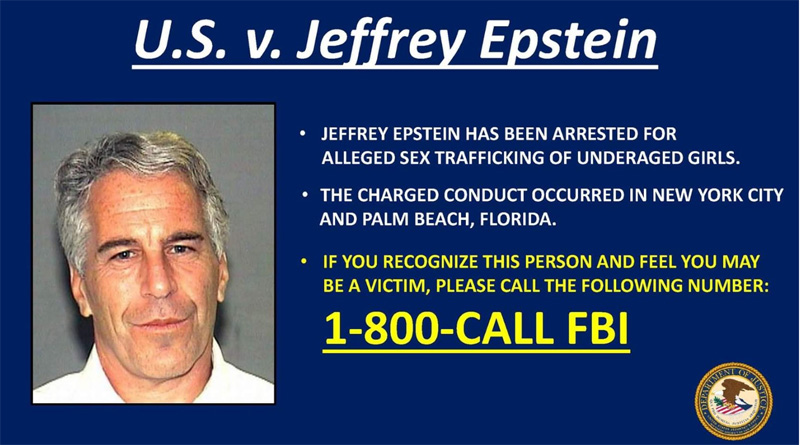 This is what popped up as push notifications on my iPad this morning: five stories all saying Jeffrey Epstein had committed suicide in his cell. I can tell you that the MSM didn’t manage to show that amount of engagement for the recent mass shootings: 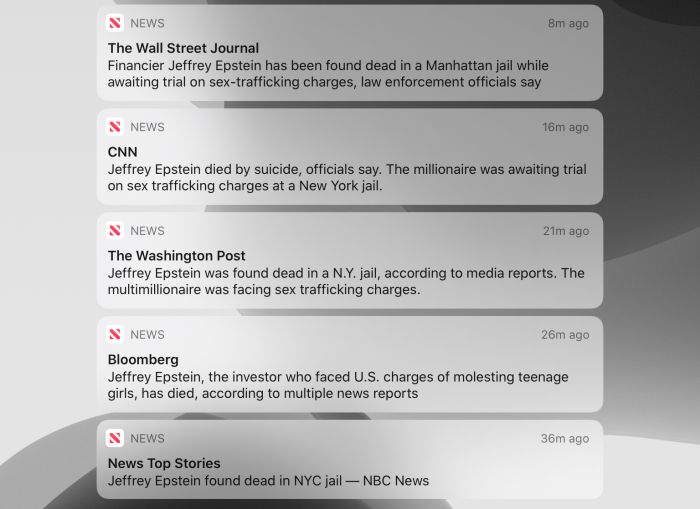 Here are some recent Epstein stories from VDARE.com:

One thing you need to know about Epstein is that he was a major Democrat donor, and…associate.

In an article during the 2016 campaign, we quoted a Breitbart story linking the Clintons (especially Bill) and Epstein.

“Since 2008…everybody that came on the air [when off camera] talked about the same three women that Bill Clinton was having an affair with…And they said it’s going to destroy his (sic) campaign… And everybody can repeat the three women’s names…where they’re from, their positions…There are some people that are smooching Hillary Clinton left and right right now that were running around the Washington bureau saying this is going to blow up, it’s going to kill her campaign. Nobody ever talked about it, because everybody played by the rules.” Scarborough: Bill Clinton’s Association with Sex Offender Jeffrey Epstein ‘Big Problem’ for Hillary — Donald Trump Will Use, by Jeff Poor, Breitbart, January 8, 2016