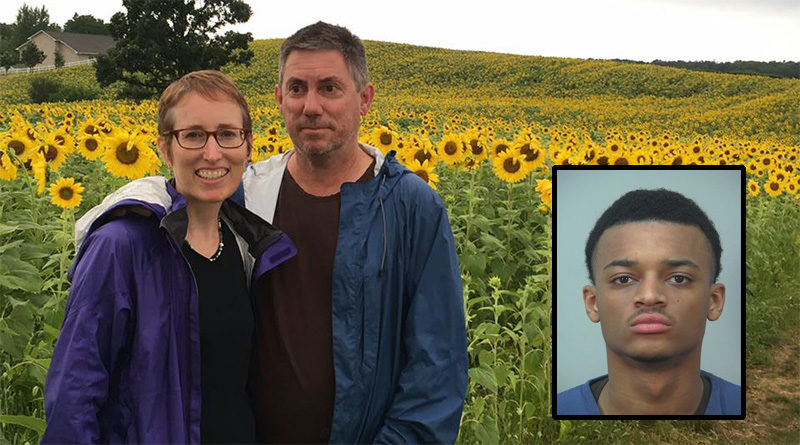 A very liberal couple in the People’s Republic of Madison, Wisconsin got a fatal dose of nigros after allowing their 18 year-old daughter to room with her black boyfriend in their home during the COVID-19 epidemic.

To show that unique brand of “black gratitude” we’ve all come to expect, in return for generously taking in a real, live nigro, the couple were “brutally murdered” by the black boyfriend and his apish black accomplice in the course of robbing their home.

The wife was a physician who misspent her career serving “minority communities,” and the husband was an equally liberal educator. Their endless degrees and significant wealth could not insulate them from the fatal consequences of direct contact with Africanus criminalis.

What can one say about white parents who would not only allow their high school-age daughter to date a black baboon, but then go even further and provide a room for them to cohabit in their own home? The parents did evict the two, eventually, but only because the teenagers refused to observe strict “social distancing” during the COVID-19 epidemic!

Despite their eviction — in which the parents did all the moving as the surly teens watched — this teenaged couple weren’t thrown out into the cold. Instead, mommy rented them a nice “Bed-and-Breakfast” near the UWM campus, which should tell readers everything they need to know about the insanity of liberalism.

Instead of “social-distancing,” these misguided parents should have insisted that their daughter practice “RACIAL-DISTANCING,” in which case both parents would still be alive and their daughter would not be under investigation for conspiring to murder them both.