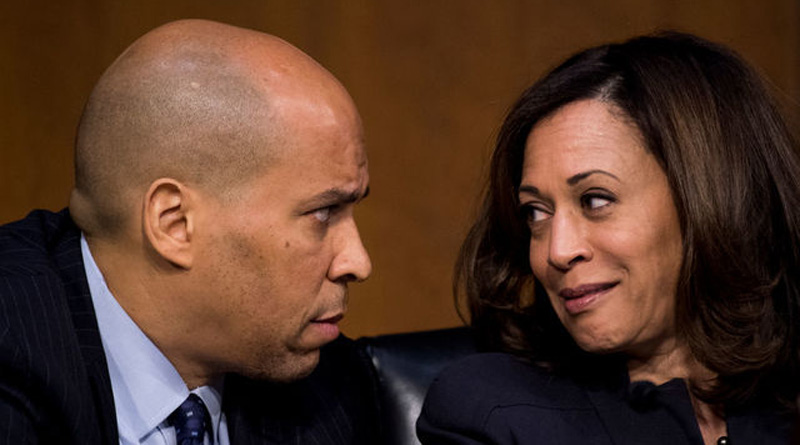 “Democrat” Senator Kamala Harris claims there’s a wealth gap between white and black Americans, which she attributes to a legacy of slavery, Jim Crow, segregation and discrimination. She is actually half correct.

There IS a wealth gap in this country: It is entirely attributable to the average 15-point IQ disparity favoring whites over blacks. This isn’t just my opinion, it is the conclusion of over 600 empirical studies done in past decades. They all demonstrated similar profoundly significant differences.

The obvious intellectual superiority of whites is reflected in the fact that black Africa remains essentially in the “Stone Age,” except where whites have succeeded in introducing previously unknown measures, such as basic sanitation, infrastructure, the wheel, civil government and the concept of a written language.

Meanwhile, the white man split the atom, landed a man on the moon, and discovered the molecular structure of DNA. These genetically-based differences in IQ “explain” all disparities in income and academic achievement between whites and blacks.

It has been said that “biology is destiny,” and nowhere is this principle more evident than in the technological and economic achievements of white North America, and their near total absence in black Africa.

Genetic disparities are further exacerbated by certain character traits of blacks, who tend to opt for free welfare money or run afoul of the law, while whites continue to invent things, take risks and start businesses.

Moreover, once they succeeded, few whites feel an urge to spend their earnings on expensive and flashy “rims,” dope, hookers, gambling, or any of the endless ways that blacks find to squander their income. Just ask all those former professional athletes who earned millions, but are now penniless.

If white people allow professional liars like Kamala Harris to get away with such falsehoods and excuse-mongering, then no fact or truth will ever be safe from the assaults of black Cultural Marxists like herself. Your savings won’t be safe, either…