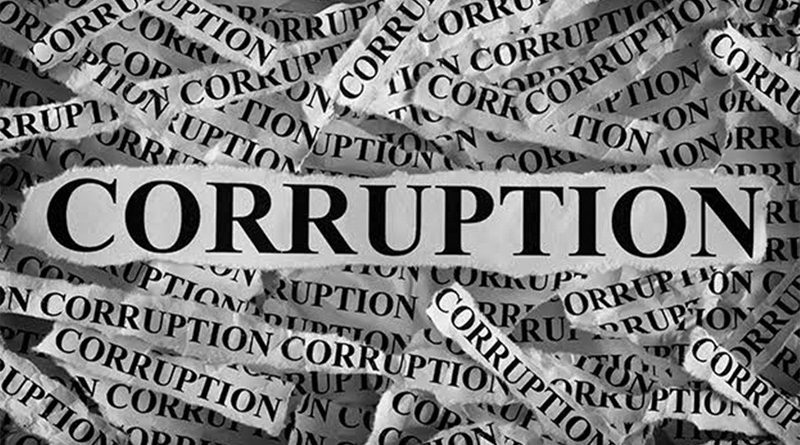 English historian Lord Acton said, “Power tends to corrupt; and absolute power corrupts absolutely.” In America today, we face many corrupt leaders all the way down to the voting booth ballet counters and poll watchers.

At this juncture, half the American people rage against the other half of the American people. Half voted for the bombastic, income tax cheating, Twitter junkie, self-absorbed, man-child who led this country for the past four years. The other half voted for a man who has lied about earning three college degrees, plagiarized other peoples’ work, cheated by giving his drug-addict son a $50,000.00 a month job on a foreign oil board, and fondled little girls for all of his 47 years in Congress. Worse, at 78, he’s old, frail, worn-out and suffering from onset dementia.

Why did democrats select him for the presidency against much more qualified and honorable men and women? Answer: name recognition. The democrats knew he could win because of his name recognition as former vice president. No matter his legal or moral transgressions, the other half voted him into office because they heard or read his name more than anyone else’s.

The question arises: why and how did Biden, a man who has shown himself a racist since the 1980’s when he spouted that he didn’t want his kids bussed into the inner-city “jungle” with African-Americans, and/or his celebration of Senator Robert Byrd who was a grand marshal at one time of the Ku Klux Klan? Or what about his five phony draft deferments for asthma when he was a four-year high school football player? Or what about his lies about his wife dying in a car wreck with a trucker who he said ran over her, when in fact, she was drunk and drove through a stop sign that caused her to be T-boned by the trucker?

Trump most likely cheated on his income taxes for years. He proved to be a sexist, a groper and adulterer during his long womanizing career.

He just led the country for four years, and now, we’ve got Biden to lead it for another four years…or should I say Kamilla Harris? Biden will most likely die while in office from old age or exhaustion.

Then you look at the head of the FBI, Comey and Senator Schumer, along with Agents Page and Strock, who engineered the Russia hoax against a sitting president. Then, you see Speaker Nancy Pelosi, 80 years old, tried to impeach Trump, while celebrating illegal aliens as our future citizens. She banked $125 million in profits from insider trading on defense contracts on wars that she’s funded for the past 20 years.

You saw Barack Obama waltz into the White House without any credentials except for the color of his skin and White Guilt across America. The man strung a long list of creating racial conflict, to “Fast and Furious”, to his incompetence getting those fine men in Benghazi killed, when he could have saved them or prevented the whole event from happening.

Benghazi: In a failed attempt to send arms to Syrian rebels, four Americans died because Mr. Obama, Secretary of State Hillary Clinton refused to send help. They then lied about the cause of the attack for weeks afterward, prompting Mrs. Clinton to ask, “What difference at this point does it make?”

If you look at George W. Bush, he lied about “Weapons of Mass Destruction” that gave us a 19 year-long war in Iraq that has killed thousands of innocent young soldiers on our side and triple that on their side. All for what? Answer: all for nothing except filling the bankers’ wallets.

What do these facts tell you?

We’ve got a line of 1,000,000 (million) immigrants annually that are flooding into our country, and they are overwhelming our entire civilization—but Congress won’t stop it. If you count the illegals at 500,000 annually, that’s 1.5 million people streaming into our country and undercutting our citizenship and our culture…but Congress won’t stop it.

And now, we have a man suffering from onset dementia about to lead us into the 2020’s. Should be a hell of a side-show as he babbles and adds to the endo of his incoherent sentences…”You know what I mean.”

That means the majority of your senators and House members are a bunch of liars, crooks, cheats and thieves.

Fact: If the majority of U.S. Senators and House members were honest and forthright, they would solve all our problems instead of bickering and fighting among themselves. They would secure the borders. They would pull us out of those useless wars. They would create solutions and engage them across this country, i.e., roads, infrastructure, national debt, outlawing anchor babies, stopping illegal alien employment and employers, stop the drug traffic from addicting our young, solve educational needs for our inner cities, create jobs for our citizens at a livable wage, make it “Fair Trade” instead of “Free Trade” that screws our own manufacturers in favor of China and other cheap labor countries. They would move us toward renewable energy. They would stop the immigration invasion, both legal and illegal. They would stop any chance for Islamic Sharia Law to be installed in our country. They would demand personal accountability and responsibility as well as solid citizenship…”I pledge allegiance to the flag….”

But they haven’t and they won’t!

That’s why we desperately need “Term Limits.” Will they vote for such reasonable bills? Answer: nope! Once they make the “Club”, they want to hang there with the rest of that “Den of Thieves” in DC and keep their pockets filled with your money.

And, as long as you keep voting them in, you keep getting the same old result.