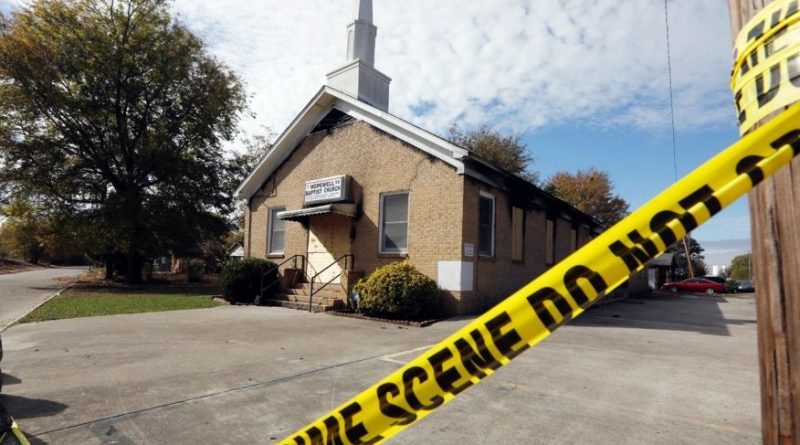 Of course it was a hoax:

“JACKSON, Miss. (AP) — Mississippi authorities arrested a man Wednesday in the burning of an African-American church that was also spray-painted with the words, “Vote Trump.”

Andrew McClinton of Leland, Mississippi, was charged with first degree arson of a place of worship, said Warren Strain, spokesman for the Mississippi Department of Public Safety. McClinton is African-American.

McClinton was arrested in Greenville, where Hopewell Missionary Baptist Church was burned and vandalized Nov. 1, a week before the presidential election. …”

In this case, the arsonist was a member of the congregation. Last year, there was a similar spree of black church burnings in St. Louis which was also exposed as a hoax. None of that stopped the SPLC from hyping the story as “an attempt at voter intimidation.”

Note: Over $230,000 was raised on the internet to rebuild Hopewell Missionary Baptist Church. The bulk of that came from duped Trump supporters.

Update: Hillary Clinton couldn’t resist chiming in on the story:

The perpetrators who set the Hopewell M.B. Church in MS on fire must be brought to justice. This kind of hate has no place in America. -H

The Daily Beast, a fake news website, was also duped by the story:

2 thoughts on “DEBUNKED: Mississippi Church Burning Was A Race Hoax”