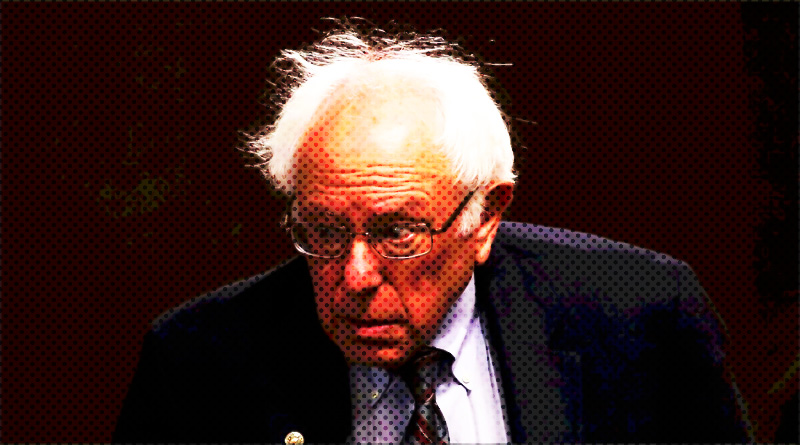 When Bernie Sanders gave his victory speech after the 2020 New Hampshire Democrat Primary, he attempted to “explain” socialism to the rest of us. If we take him at his word, Crazy Bernie endorses the kind of “socialism” found in the Scandinavian Countries, such as Finland, Sweden or Denmark.

This is typical of the verbal sleight-of-hand engaged in by leftist Jews, who have a talent for deviously redefining terms to fit their sinister purposes. Kind of like that “Separation of Church and State” doctrine alleged to be found in the Constitution.

Those Scandinavian countries endorsed by Crazy Bernie are not truly socialist, they are SOCIALISTIC. They are called “social-democracies” because their citizens still retain the power to vote the bastards out of office. True socialist countries don’t hold legitimate elections, because elections are one of the first civil rights to end under socialist regimes.

Some socialist nations may go through pantomime elections, but they are phony and their outcomes are predetermined. For example, Albania held National Elections under Enver Hoxha, who proudly trumpeted his 99.7 % electoral victories to the insipid press of the world.

Another expropriation that occurs under socialism is the seizure of all “means of production.” That’s an innocent-sounding way of explaining that the central government has seized absolute control over every aspect of a nation’s economy.

This inevitably produces a “graftocracy” among high-ranking party officials, such as the lavish lifestyles enjoyed by the Nomenklatura in the Soviet Union. Meanwhile, the USSR’s “peasants” queued up for stale bread, turnips and cabbages at government owned “food stores.”

Freedom of the Press is another principle quickly discarded. When a socialist government controls a nation’s economy, it has the power to reward any ally and destroy any opponent. The socialist Sandinistas in Nicaragua successfully ended all political opposition by refusing to sell newspaper pulp to La Prensa, the nation’s largest newspaper and the voice of their democratic opposition.

Another civil liberty quickly dispensed with are firearms and the right to self-defense. This eliminates any possibility of the peasants successfully defending themselves against the tyranny of socialist dictators. Stalin, Hitler, Castro and Mao all found it expedient to disarm their subjects.

It’s no coincidence that Crazy Bernie Sanders describes his platform as a “Second Bill of Rights.” That’s because everything he proposes on the campaign trail specifically violates some provision in the Constitution’s Bill of Rights. He really is a socialist, and not some benign and eccentric “democratic-socialist” as he suggests.

There was a time when people didn’t need to have socialism explained to them, because everyone understood such things. The Soviet Union was a constant reminder of how the efforts of “socialist reformers” can quickly go awry and produce a 6,000 mile-long Gulag, instead of their promised “utopia.”

However, that was before people like Bernie Sanders seized control of what is now laughingly referred to as “higher education,” and destroyed it by turning it into four years of indoctrination and propagandizing by Marxist losers.