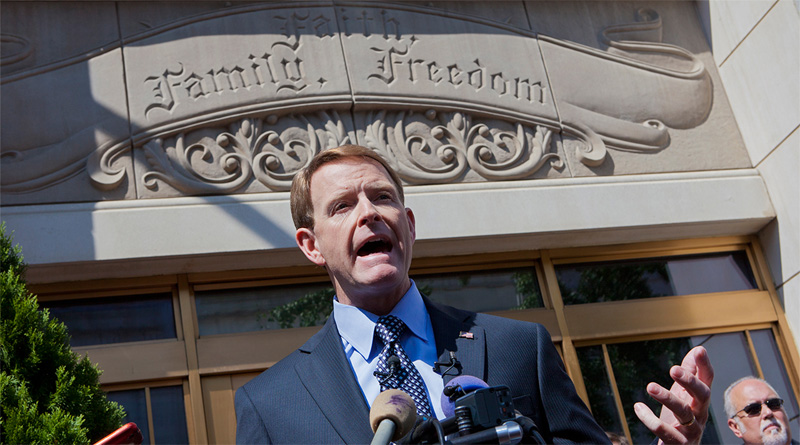 More than 40 conservative organization leaders have signed a letter to media outlets asking them to stop using the Southern Poverty Law Center’s data on hate groups.

According to the SPLC website that monitors hate groups, called Hatewatch, “Hatewatch is a blog that monitors and exposes the activities of the American radical right.”

People who visit the website can view organizations the SPLC has labeled as hate groups by geographical region, ideology, or group name.

There are 47 signatures of conservative group leaders on the letter to media outlets, which was released Wednesday. The signatures include representatives from the Family Research Council, The Heritage Foundation, Capital Research Center, the Christian Action Network, the Center for Family & Human Rights, and the American Policy Center.

A press release from the Family Research Council stated, “The SPLC has recklessly labeled dozens of mainstream conservative organizations as ‘hate groups.’ SPLC’s labeling of FRC as a ‘hate group’ was connected in federal court to an act of domestic terrorism committed five years ago at FRC’s Washington headquarters by Floyd Corkins. Corkins confessed to the FBI that he used SPLC’s ‘hate map’ to choose FRC as a target for violence. More recently, James Hodgkinson, the attempted political assassin of House Majority Whip, Rep. Steve Scalise and many other Republican members of the U.S. House and Senate, was discovered to have ‘liked’ the SPLC on Facebook.”