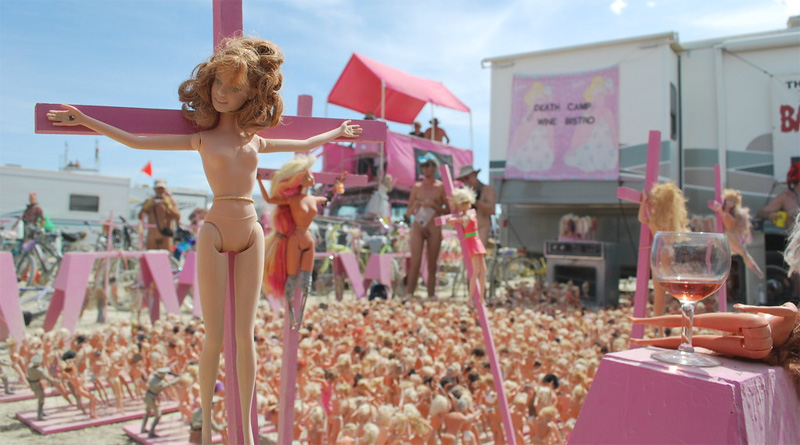 “The San Francisco-based office of the Anti-Defamation League is investigating a macabre art display it called “offensive” and trivializing of the Holocaust at Burning Man, the eight-day saturnalia of built art, mind-bending drugs and social experiments in “radical self-expression” that ended on Labor Day.

Even for the famously brazen Burning Man, held annually in Nevada’s Black Rock Desert, the display at the “Barbie Death Camp and Wine Bistro” was controversial, offending some “Burners,” as festival attendees are called, and even sparking an altercation on Aug. 31 that led to an arrest and a smashed vehicle taillight, a camp leader said.

Photos sent to J. show a large-scale diorama that one person described as “Auschwitz-themed” made with Barbie dolls. A sea of nude Barbies is seen moving toward three full-size kitchen ovens. Some are “crucified” on bright pink crosses. Other photos show toy soldiers with semi-automatic rifles “marching” the Barbies from the rear. A banner strapped to an RV proclaims the Barbie Death Camp “the friendliest concentration camp” at Burning Man. Another reads “arbeit macht plastik frei,” a reference to the message over the Auschwitz gate meaning “work makes you free.” It also says the camp is presented by “Auschwitz Inc.” and “The Mattel Co.”

Mattel, however, had nothing to do with the project.” 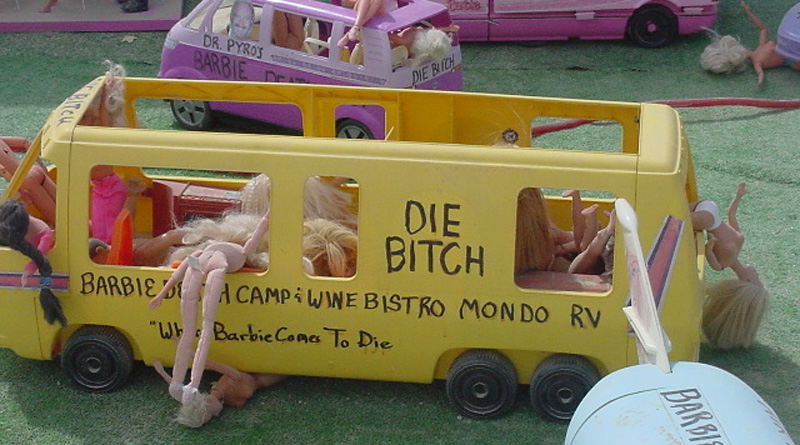 One thought on “‘Auschwitz-themed’ Barbie Death Camp at Burning Man”