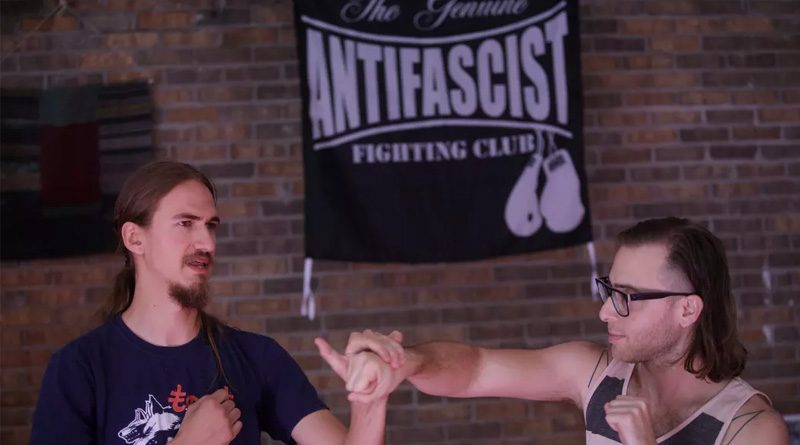 Buzzfeed published a story yesterday about efforts by Antifa members to train like-minded leftists to throw a punch and fire a gun. This is entirely predictable if you’ve been paying attention to the growth of these movements and yet still a bit worrisome:

The Haymaker Collective is one of many anti-fascist groups that began offering self-defense courses in the wake of Donald Trump’s election and the political upheaval that has followed. Some groups train their members for unforeseen attacks, while other antifa organize more militant trainings to equip people with arms or prepare them for confrontations at protests…

Members of Haymaker and other more militant anti-fascist factions consider the far right a threat, and one they must physically prepare to defend themselves from… 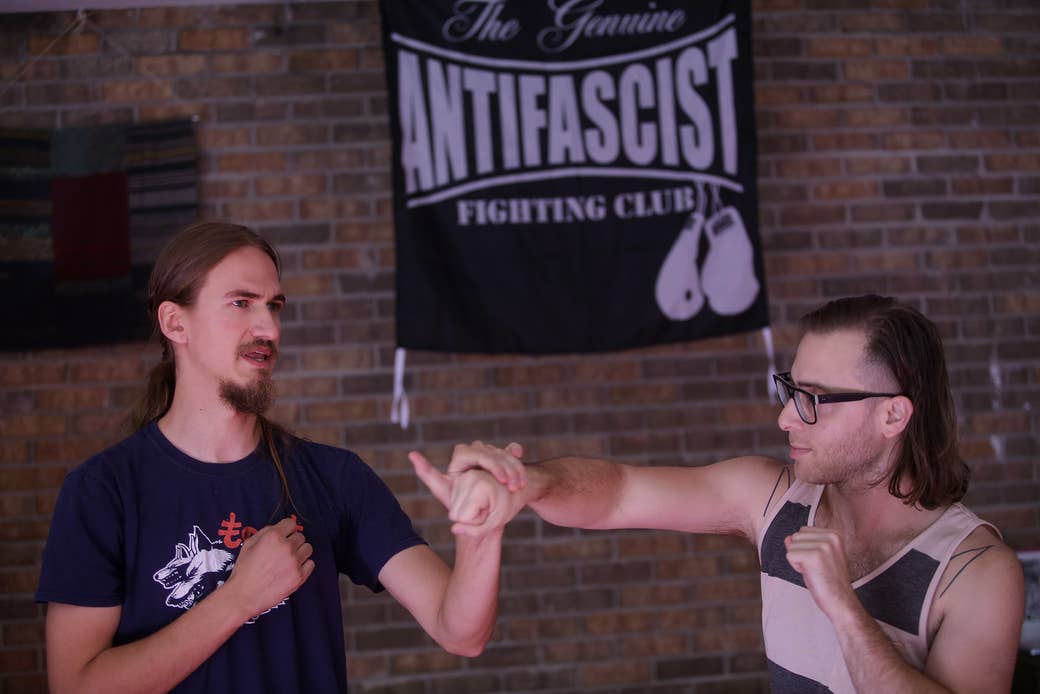 The idea that these are “self-defense” courses is really a bit of Antifa salesmanship which the author of the piece seems to have bought into. As the article makes clear, the members of the Haymaker Collective are watching videos of protests and learning both individual and group fighting techniques. In other words, the group is preparing people to participate in street battles. As we’ve all seen, Antifa is not averse to throwing the first punch in those confrontations. But it’s not just martial arts, Antifa members are also training with firearms:

[Sean] Hines…founded an anarchist and socialist gun club, integrating guns into antifa self-defense to arm working-class people and create a “left-wing militia.” He’s not alone — several antifa groups are taking advantage of lax gun laws in their states and arming their members.

“The more people that are armed, the more that we have the ability to fight police terrorism or fight fascist terrorism,” said Joseph Jordan, an anarchist who participates in Seattle antifa groups. “When the fuckers see that we are willing to shoot back, they back the f**k off.”

On the East Coast, John — who asked to be identified only by his first name, as he has been arrested for possessing illegal ammunition in the past — said he feels the left has not moved quickly enough to acquire guns. “People say, ‘When the revolution happens, we’ll find the weapons.’ But weapons don’t just materialize out of nowhere,” he said. “We should take advantage of the fact that our country lets people bear arms.”…

“If there was a legitimate war, martial arts wouldn’t be that useful,” John said.

Again, this is being described as self-defense but what exactly does fighting “police terrorism” mean to Antifa? We’re talking about anarchists and far-left anti-capitalists, many of whom consider all police officers to be fascists apart from anything the police actually do. Indeed, if you watch enough video of Antifa in action, you’ll notice that they frequently turn their ire against police when there are no “fascists” for them to bash. Here’s part of an FAQ published by Rose City Antifa:

No one has the right to threaten our community with violence. Likewise, we reject the “right” of the government and police – who have more in common with fascists than they do with us – to decide for us when fascists have crossed the line from merely expressing themselves into posing an immediate threat. We will not abdicate our freedom to judge when and how to defend ourselves.

In short, Antifa’s idea of self-defense means they make their own judgment about who is a threat. The threat could be someone saying something they don’t like, i.e. talking. What they are calling self-defense is what many of us would call throwing the first punch in violation of someone else’s civil rights. And if that self-granted right to strike first extends to firing the first shot as well as the first punch, we could have a real problem.

Also, notice the talk from “John” about getting ready for “the revolution.” That’s standard communist agitprop but in this case, does anyone think this sounds like self-defense? That’s not usually how a revolution happens, is it? Again, this is about gearing up for a battle, one that the far left everywhere looks forward to fighting.

Here’s one chapter of Redneck Revolt, a far-left group, firing rifles in the desert in Arizona. At the end of this clip, one of the members charges a Pepe the frog cartoon with a bayonet. It’s silly but the idea that this is purely about self-defense doesn’t really add up.