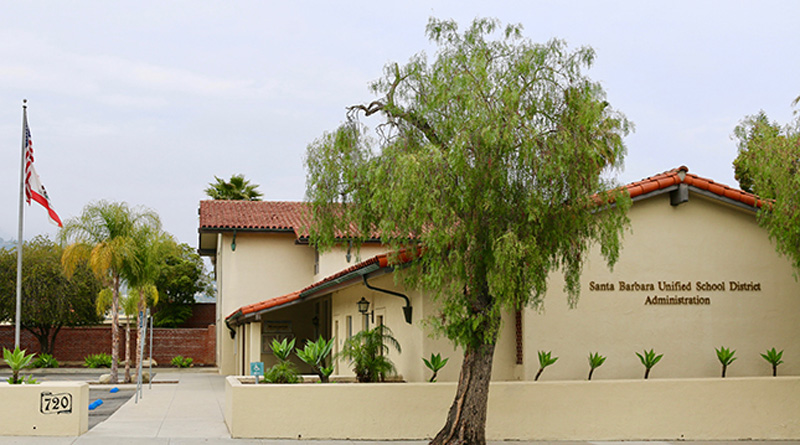 Parents in Santa Barbara, California, are suing a leftist hate group called Just Communities and the local school board there to end the group’s taxpayer-funded so-called implicit bias training that has a powerful anti-white, anti-male, and anti-Christian slant.

The lawsuit, filed in federal court in Los Angeles, was brought by Fair Education Santa Barbara, a nonprofit formed by parents of children enrolled in the Santa Barbara Unified School District (SBUSD).

The group’s lawyer, Eric Early, calls the curriculum used in the district “radical, discriminatory, and illegal.” In a letter to the district’s counsel last September he wrote that “[t]eachers, parents and students have confidentially expressed their concerns that … [the] discriminatory curriculum has led to increased racial animosity toward Caucasian teachers and students.”

In Pedagogy of the Oppressed, Marxist theorist Paulo Freire urged that schools be used to inculcate radical values in students to transform them into agents of social change. Freire argued that the so-called dominant pedagogy “silences” poor and minority children and that there is no such thing as a neutral educational system. Teachers today are also smitten with the ahistorical, anti-American screeds of Howard Zinn, a Communist Party USA member whose writings they treat as gospel.

The lawsuit “is doing its best to stop this outfit, Just Communities Central Coast, from continuing to indoctrinate the teachers and young, vulnerable minds of the district with Alinskyist training and beliefs,” Early said.

“The bottom line is it’s time to stop the far-left indoctrination of the district’s teachers and students and it’s time to bring to light what’s really going on in these classrooms to parents who had no idea before this came to light.”

The legal complaint states the SBUSD has “wholeheartedly supported and promoted JCCC’s discriminatory program” and has paid the group more than $1 million since 2013. On Sept. 11, 2018, the school board “considered contracting with JCCC for [an] additional 4 years at a cost to the taxpayers of more than $1.7 million.” On Oct. 8, 2018, the board “renewed its contract with JCCC for another year at a cost to the taxpayers of nearly $300,000.”

SBUSD, according to the complaint, is violating the U.S. Constitution and Title VI of the Civil Rights Act of 1964 “as they discriminate on the basis of … race” by “intentionally supporting, promoting and implementing JCCC’s programming in SBUSD’s schools with knowledge of its racially discriminatory content and application, which has created a racially hostile educational environment for many teachers and students.”

Fair Education Santa Barbara wants the court to terminate Just Communities’ contract with the school district and filed for a preliminary injunction to freeze the contract while the lawsuit proceeds. The motion for an injunction and other pending motions are expected to be heard by the court in Los Angeles this Monday, Feb. 25.

Fair Education says the injunction is justified because a California statute provides that when a public actor like a school district wants to hire people to do certain work for the district, with very limited exceptions the contracts have to be submitted for public bidding, which was not done in this case.

For its part, Just Communities claims its trainings are aimed at closing what it characterizes as an achievement gap between Latino and white students. Critics counter that the group is trying to turn students into left-wing revolutionaries by encouraging them to become political activists who view the world through the Marxist lens of race, sex, and class.

The complaint states that “[u]nder the guise of promoting so-called ‘unconscious bias’ and ‘inclusivity’ instruction, JCCC’s actual curriculum and practices are overtly and intentionally anti-Caucasian, anti-male, and anti-Christian.”

The training materials used by Just Communities are similar to those used by the extreme-left Southern Poverty Law Center. The SPLC had to pay almost $3.4 million in 2018 to settle a lawsuit with former Islamic radical Maajid Nawaz whom it falsely labeled an anti-Muslim extremist.

America is a deeply racist country, according to the Marxist-influenced, politically correct training materials. White people enjoy special “privilege” because they are white and gain “[u]nearned access to resources that enhance one’s chances of getting what one needs or influencing others in order to lead a safe, productive, fulfilling life.”

“Oppression based on notions of race is pervasive in U.S. society and many other societies and hurts us all, although in different and distinct ways,” the material also states.

It continues, describing “classism” as “[a] system of oppression based on socio-economic class that privilege (white) people who are wealthy and target people (of color) who are poor or working class. Classism also refers to the economic system that creates excessive inequality and causes basic human needs to go unmet.”

“The work of dismantling racism is an ongoing process, not a one-time event, seminar, or course from which one graduates,” the material states. “The process calls for a lifelong commitment to eliminating all injustice.”

“Just Communities’ bigoted indoctrination is the very antithesis of our aspirational goals for all students,” James Fenkner of Fair Education Santa Barbara told FrontPage via email.

Fenkner has four daughters, three of whom attend school in the school district.

“I fully support the suit because I fundamentally believe that everyone should be judged upon the quality of their character, not the color of their skin,” he said. “Just Communities’ divisive curriculum, as evidence by their grotesque ‘Forms of Oppression,’ poisons the well of goodwill between all children and perpetuates the dead-end notions of group victimhood, guilt, and retribution.”

The “Forms of Oppression” grid to which Fenkner refers is part of a bundle of teaching materials used by Just Communities. The horizontal table states, for example, that “racism” is a “form of oppression” that the “privilege group” of “white people” use to take aim at the “target group” of “people of color.” The grid uses the same format to describe “sexism,” “heterosexism,” “classism,” and so on.

Jarrod Schwartz, executive director of Just Communities, denied the substance of the allegations against his group, according to the Santa Barbara Independent.

“It’s not who we are, not what we do,” Schwartz said. “The work is not about blame or guilt,” he said. “We’re very intentional about not saying people are oppressors. It’s systems that are unequal.”

Santa Barbara City College adjunct professor Celeste Barber appeared on “Fox & Friends” Jan. 30 to tell how she was heckled at a Jan. 24 meeting of the college’s board of trustees. Attendees tried to shout down Barber, who is a member of Fair Education Santa Barbara, when she spoke out against the board’s ban on reciting the Pledge of Allegiance during meetings.

SBCC board president Robert Miller previously told Barber by email that the pledge was banned because it contains the phrase “one nation under God” and because it is “steeped in expressions of nativism and white nationalism.”

“There is nothing white nationalist about the Pledge of Allegiance,” Barber told Fox.

“There’s no reference to race, to gender to ethnicity. It’s all inclusive. That’s why school children around the country, thousands of them recite it every day because it includes everybody who lives in this country.”

Bad publicity forced the SBCC to drop the ban. The college announced on Facebook the day before Barber’s television appearance that the Pledge “will be recited” at board meetings “until some future date when the matter may be reconsidered by the Board.”

And Santa Barbara is just one of many communities across America that has come under the control of radical education theorists and practitioners.