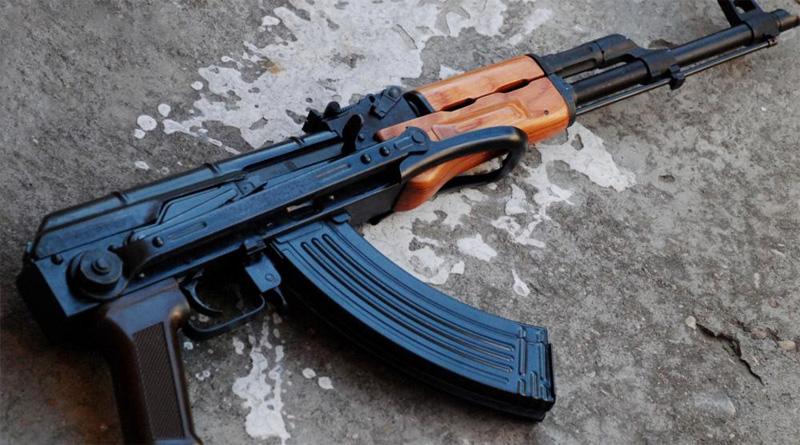 Christians in Nigeria witnessed another round of bloody attacks last week as Boko Haram terrorists captured the town of Michika in Nigeria’s far eastern state of Adamawa, burning buildings and exchanging fire with government troops.

According to an op-ed in the Washington Examiner by journalist Douglas Burton, the attack continued for hours with an unknown number of casualties, although initial reports mentioned: “scores killed.” Burton is a member of the advisory board for Save the Persecuted Christians (STPC), which advocates on behalf of more than 300 million persecuted Christians around the globe.

Father Peter John Wumbadi, head of St. Anne’s Catholic Church in Michika. Wumbadi told Burton he “heard bomb blasts and lots of stray bullets,” which motivated him to pack six students from the parish school into his SUV and drive past burning buildings and crowds of panicked citizens who were running for cover.

Wumbadi drove to the village of Kalaa, where he and the students took refuge in the parish house of Father Lawrence Ikeh, which is just a few miles away from the Sambisa National Park. It is believed some 5,000 or more Boko Haram terrorists shelter in underground bunkers in the park.

“After that attack, I came to visit the villages in the two-mile area around my church, and it was like a cemetery,” said Father Ikeh, weeping. “More than 150 people had been murdered.”

In 2015, the Boko Haram was ranked the world’s deadliest terror group by the Institute for Economics and Peace.

As CBN News reported, at least 120 people have been killed in a series of attacks allegedly carried out by the Fulani militia on Christian communities in the Adara chiefdom of southern Kaduna in Nigeria since February, according to the nonprofit group Christian Solidarity Worldwide (CSW).

The killing has also continued in the Congo as Open Doors USA reported earlier this month that six Christians, including three women and a nine-year-old child, were killed in an attack on the Christian village of Kalau located near the city of Beni in the Democratic Republic of the Congo.

The attackers were a part of the Allied Democratic Forces (ADF). The ADF was formed 24 years ago by Ugandan Muslim rebels after they retreated from the Ugandan army.

In the last five years, hundreds of civilians have died in the Beni area of the Congo alone, according to Open Doors USA. ADF militants are thought to have killed at least 700 civilians and more than 20 UN peacekeepers.

The attack against two mosques in New Zealand has continued to dominate the headlines in the American media since a self-proclaimed racist killed 50 people. Although attacks against Muslims living in the western world are extremely rare, the situation does not compare with the killing of Christians living in the Muslim world. According to Open Doors USA, at least 4,305 Christians known by name were murdered by Muslims because of their faith in 2018.

Aid to the Church in Need, in its latest “Religious Freedom Report”, warned that 300 million Christians, overwhelmingly in the majority-Muslim countries, were subjected to violence, making it “the most persecuted religion in the world.”