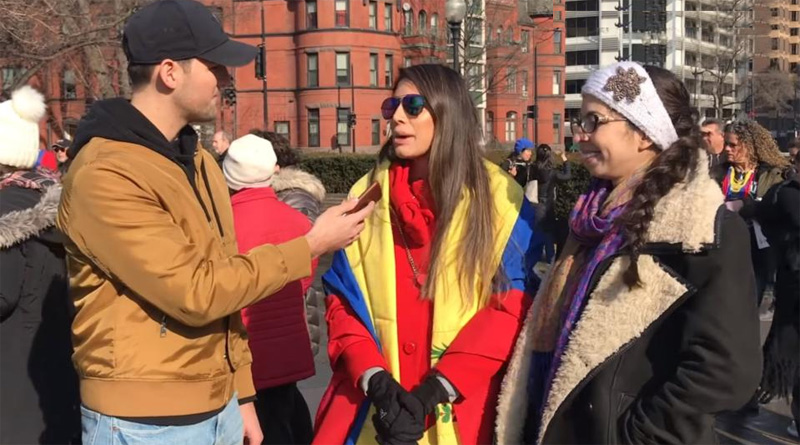 Attendees seemed to overwhelmingly agree on one thing: Don’t do it.

This month, the eyes of the world have been on Venezuela, where millions have protested in opposition of the socialist leader Nicolas Maduro.

At this week’s State of the Union address, President Donald Trump offered a stinging critique of Maduro, as well as a warning to those wanting socialism in the United States, saying, “Tonight, we renew our resolve that America will never be a socialist country.”

“…people are eating from trash cans in the streets, so how has socialism helped?”

As Campus Reform has repeatedly reported, the popularity of socialism has been on the rise, especially among college students.

According to Gallup, the majority of Democrats view socialism more favorably than Capitalism.

Wanting to know if the people who support socialism had ever heard from people who’ve suffered under it, Campus Reform’s Cabot Phillips headed to a Venezuelan Freedom rally in Washington, D.C.

It soon became abundantly clear that the Venezuelans in attendance were horrified by the idea of bringing socialism to the United States.

Asking them, “What is your message to those who want socialism here,” the attendees were in agreement: don’t do it.

“You do not ever want anything close to socialism,” one attendee said, while another added, “people are eating from trash cans in the streets, so how has socialism helped?”

Another attendee, whose family is still in Venezuela, said, “No Venezuelan can like socialism, because we’ve seen it put in place very well.”

What else did they have to say? Watch the full video: