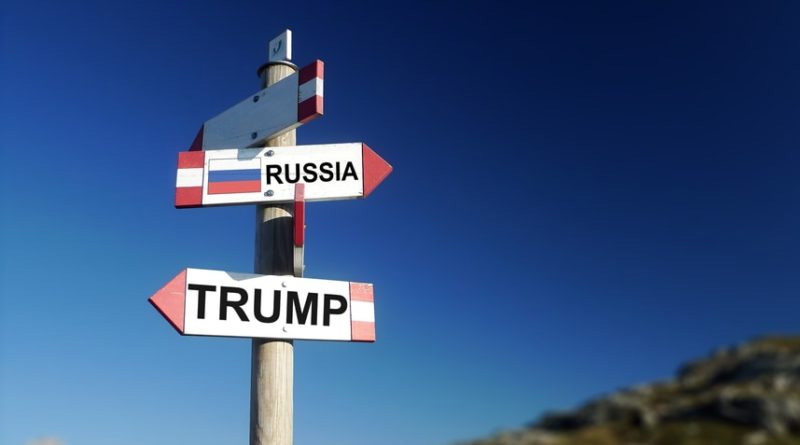 After an entire year of the Mueller Investigation, there isn’t one scintilla of evidence that Trump or anyone else in his campaign was involved with Russian meddling in the November, 2016 Presidential Election. If any such evidence existed, it would be the lead story of the Jews’ Media every night until Trump was finally hounded from office like they did to Nixon.

The so-called Trump “dossier” has been demonstrated to be entirely phony and consisting exclusively of hearsay four or five times removed. Moreover, no aspect of that “dossier” has ever been verified by anyone, anywhere. In fact, it was pure fiction.

We now know that this phony “dossier” was used by “Deep State” operatives in the Obama Administration to “justify” Warrants issued under the Foreign Intelligence Surveillance Act (FISA) to spy on Trump and his campaign team. This subterfuge was then used to “justify” the year-long Mueller Investigation.

Ironically, we now know for a fact that it was actually the “Democrat” Party and their minions at the FBI and Justice Department that engaged in a criminal conspiracy to influence the 2016 Elections. That phony Fusion GPS “dossier” was paid for by the DNC and Clinton Campaign, and its cost may have been shared by some of the FBI’s more sleazy swamp creatures.

This fraudulent “dossier” was originally intended to provide ammo against the Trump’s Campaign, and then later used to tarnish Trump’s impressive victory, as well as set the table for his eventual Impeachment. That amounts to a criminal conspiracy bordering on Treason, a Capital Offense.

During the 2016 Presidential campaign, the DNC’s computers actually WERE hacked by foreign agencies because Clinton Campaign Manager John Podesta opened up an e-mail “Attachment” containing “spyware.” However, when offered assistance by the FBI, the DNC refused access to its computer systems, lest the FBI discover the kinds of things the DNC has been engaged in for decades.

Among these are probably techniques for organizing black and Hispanic voter fraud, secret alliances with Muslim terrorists, blueprints to create “sanctuary” states and cities for harboring illegal aliens, and lists of wealthy foreign nationals who purchased “access” to Hillary Clinton while she was Secretary of State.

There may also have been a great deal of evidence pertaining to the manner in which the DNC and Clinton Campaign conspired to subvert the candidacy of Bernie Sanders during the 2016 “Democrat” Primaries. The DNC Chair at the time –- Debbie Wasserman-Schultz –- did not dare to allow the party’s voters and donors see what a Jewish sociopath is capable of doing when no one is watching.

Much has been made of the “bias” of many FBI Agents and Justice Department officials involved in the Mueller Investigation. More than half contributed to the “Democrat” Party in 2016, while none contributed to the Republican Party. This certainly appears to be a case of the Mueller Investigation using ideological opponents to “stack the deck” against President Trump.

While this may be true, most commentators have used the wrong terminology to describe this phenomenon. It would be nearly impossible to find Justice Department employees who were not “biased” in favor of one political party or the other. However, it is unprecedented that so many allowed their biases to DRIVE their investigation, as those on the Mueller Team have clearly done.

Some, such as Peter Strzok and Lisa Page may well have participated in the Mueller Investigation in order to be in a position to hide or obscure their earlier role in fabricating the phony “dossier,” and its misuse to obtain FISA Warrants to spy on Candidate Trump and his campaign team. These individuals are in real trouble, just like their party is.

It is with very good reason that I have referred to the “Democrat” Party for many years as “an organized criminal enterprise.”

One thought on “Trump’s Russia “Collusion””