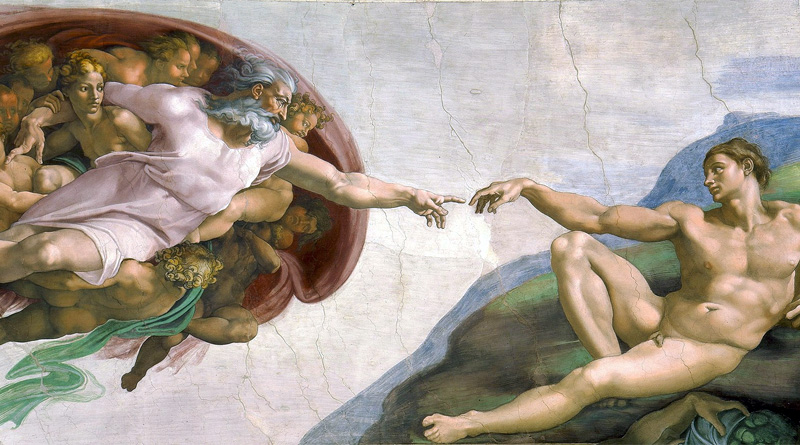 Rush Limbaugh has a higher threshold for lies than I have, so he endured the “Democrat” Presidential Primary debate last Tuesday on the Communist News Network. A day or two later, he reported on his radio show that Ron Reagan Junior ran an ad promoting atheism during that debate. Here’s the verbatim ad:

“Hi, I’m Ron Reagan, an unabashed atheist, and I’m alarmed by the intrusion of religion into our secular government. That’s why I’m asking you to support the Freedom From Religion Foundation, the nation’s largest and most effective association of atheists and agnostics, working to keep state and church separate, just like our Founding Fathers intended. Please support the Freedom From Religion Foundation. Ron Reagan, lifelong atheist, not afraid of burning in hell.”

Well, I guess everyone needs a cause to believe in, even if that means thumbing one’s nose at the God who built the universe and who chose his father for an unenviable task. God probably spared his father’s life in January of 1981, when the bullet of a deranged assassin missed The Gipper’s heart by a few millimeters. Had The Gipper died, there would still be a “Cold War.”

Ron Junior was a ballet dancer — and not a very good one at that — so “lifestyle” issues may explain his visceral hostility to religion. After all, there are dozens of Old and New Testament prohibitions against certain behaviors that may personally offend Ron Junior. God even rained down fire and brimstone on a couple of places that failed to observe those prohibitions.

Another thought was gleaned from Senior Editor Val Protopapas’ article in the September, 2019 issue of the INFORMER. She quotes Jesus Christ from Chapter 12 of Matthew:

“And so I tell you, every kind of sin and slander can be forgiven, but blasphemy against the Spirit will not be forgiven . . . either in this age or in the age to come.”

Finally, I would remind Ron Junior that without the 10 Commandments, we have no basis for determining morality or Right or Wrong. One predecessor of Ron Junior’s in the atheist (not Agnosticism) movement discovered first-hand, just what a world without God would be like: Madelyn Murray O’Hair was murdered by one of her employees prior to plundering the bank accounts of the American Atheist organization.