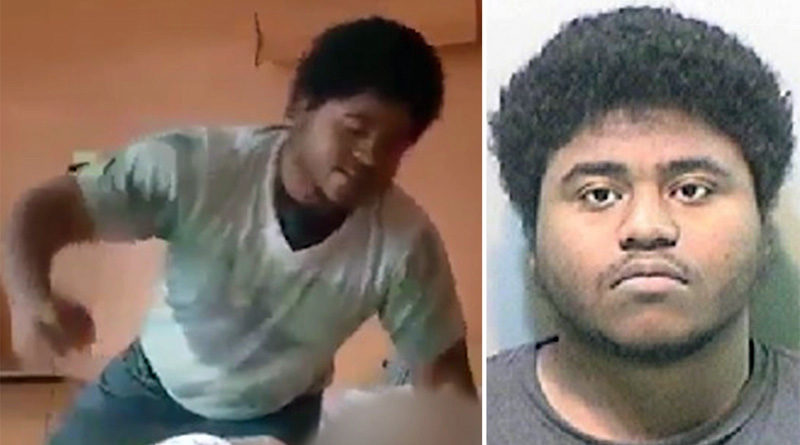 According to a local news report, Hayden — who has a separate pending assault case — was taken to the facility after being diagnosed with COVID-19.

Why a violent criminal with COVID-19 was being housed in a nursing home and able to get into the room of a long-term elderly resident has yet to be answered.

The scene of the crime, Westwood Nursing Center in Detroit, is part of a privately owned, for-profit chain that receives Medicare and Medicaid funds from the state in spite of scores of complaints about the quality of care and understaffing.

According to a website that tracks nursing home abuse, Westwood Nursing Center received $15.9 million dollars in revenue in 2018, yet remains critically understaffed, with an average review of two stars for staffing and quality by the Centers for Medicaid and Medicare Services.

The owners profiting from this systematic neglect of the elderly are two Indian immigrants, Devenkumar Patel and his wife Amee Patel.

According to public documents, Devenkumar Patel is a criminal who was sentenced to 16 months in prison in 2016 for health care fraud. Patel used his chain of nursing homes to perpetuate the fraud, yet despite his conviction, the Patels are still listed as being in control of Westwood Nursing Center.

The majority of nursing homes in America are owned by private equity firms and health care capitalists who cut corners in pursuit of profits, yet they still receive money from Medicare and Medicaid to care for the elderly in a substandard way. In New York State, after a period of privatizing state-run nursing homes, allegations of abuse and neglect rose 18% from 2013 to 2015.

For-profit nursing homes have been found to provide low quality care compared to public ones due to low wages and staff cuts intended to maximize profitability. Many times the greed is compounded by miserly Indian owners and a neglectful, poorly paid and impatient black or immigrant staff.

Charlene Harrington, who has studied nursing homes for decades, has found that the worst nursing homes in the country are by and large privately owned. In the age of COVID-19, this has led to higher mortality rates in many privately run homes, especially those with high levels of minority staff and residents. The average assisted living care facility worker in America makes less than $10 dollars an hour.

Why the federal government continues to provide taxpayer funds to line the pockets of shysters like the Patels is a question not many are asking. America’s elderly end up paying the price.

3 thoughts on “Nursing Home In Viral Video Is Understaffed And Run By Criminals, Yet Still Receives Medicare Funds”