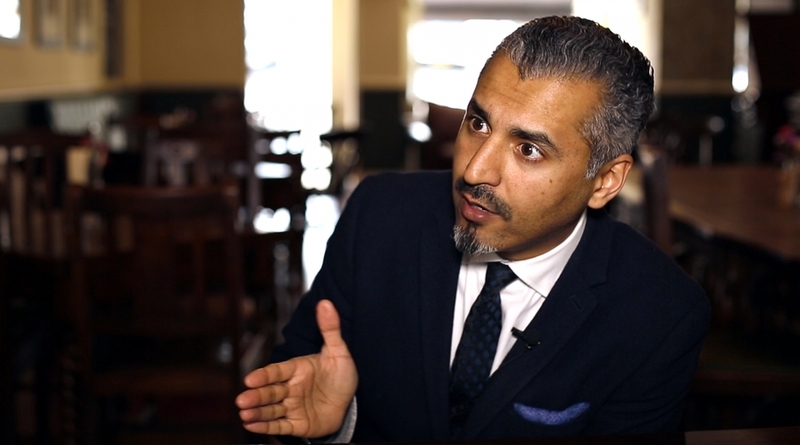 On Friday’s broadcast of HBO’s “Real Time,” author, columnist, and former Islamic extremist Maajid Nawaz announced a defamation lawsuit against the Southern Poverty Lawsuit Center for listing him as an anti-Muslim extremist.

Nawaz said he is “sick to death” of “well-meaning white men” liberals “who decide that I am saying the — what they don’t agree with, don’t allow for me to say about my own community, my own religious heritage. And as a result, listed me as an anti-Muslim extremist. So, I’m going to take them to court for defamation.”

Host Bill Maher told Nawaz he’d like to be part of the crowdfund of Nawaz’s lawsuit.

Nawaz added, “I’ve memorized half of the Koran. I’m a Muslim. I’m born and raised Muslim to a Muslim. I’ve learned classical Arabic and spent time in prison as a political prisoner for what I then thought was my religion. I’ve changed my views as to the interpretation of my religion, and along come these people…and decide that I don’t have the right to speak about my own heritage and critique it from within.”

He further criticized the “hypocrisy” of the SPLC for speaking out against Christian fundamentalism in “their own Bible Belt,” but telling him he can’t criticize the “Koran Belt within my own community.” He further accused the group of having “bigotry of low expectations.”

Nawaz explained the bigotry of low expectations is when groups like the SPLC tell him that “the same causes that they fight for within America are somehow deemed illegitimate for people like me to fight for within our own communities.”

Nawaz later stated, “You know who else lists heretics who are deemed to be speaking against the accepted custom within Muslim communities? The jihadists. We know what happens when you list heretics among Muslims in this way. They end up dead.” He added that groups like the SPLC are putting Muslim reformers in danger.

Maajid Nawaz: I’m Suing the SPLC for Defamation for Putting Me on Anti-Muslim Extremist List

2 thoughts on “Maajid Nawaz Suing the SPLC for Defamation”