Rep. Louie Gohmert (R-TX) is reintroducing a privileged resolution that would have House Speaker Nancy Pelosi (D-CA) essentially remove “any item that names, symbolizes or mentions any political organization or party that has ever held a public position that supported slavery or the Confederacy, from any area within the House wing of the Capitol or any House,” which, in effect, includes the Democrat Party itself.

“While Democrats continue to denounce our country ad nauseam over ‘systemic racism,’ they somehow always fail to take responsibility for their own party’s abhorrent historical views and policies which promulgated racism in our nation for decades,” Gohmert said in a statement, emphasizing that Democrat Party policies have “caused a great deal of destruction to the nuclear family, significantly impacting minority homes.”

Whether it be slavery or segregation and Jim Crow laws, one thing is certain: this disgraceful and inhumane stain on American history is covered in the fingerprints of the Democratic Party. Due to parliamentary issues, I am re-introducing my Privileged Resolution and urging my Democratic colleagues to rid the House wing of the U.S. Capitol of any item that names, symbolizes or mentions their own political party because of its past support for slavery and the Confederacy. Though I personally believe we need to learn from history including the good, the bad and the ugly, the Democratic Party has initiated this purging but needs assistance to avoid unparalleled hypocrisy. So, it is time for Democrats to account for, be washed of, and rid our Capitol of the sins of their party’s past. I hope they join me in voting to ensure that the U.S. Capitol building is a ‘safe space’ for all Americans under the new principles they themselves unveiled. 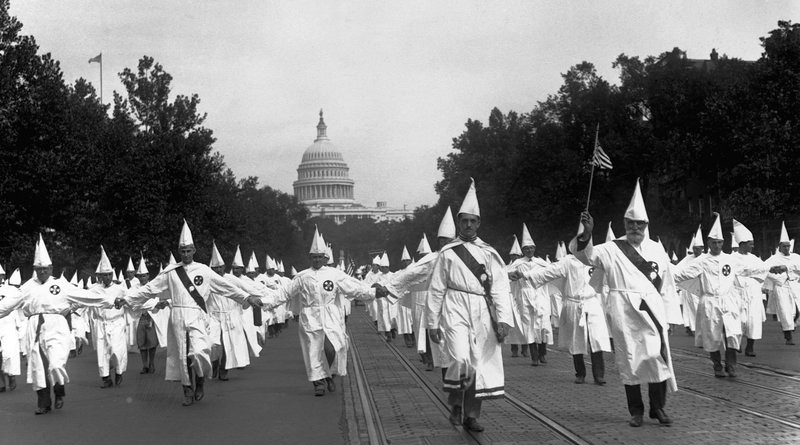 The battle over canceling America’s history boiled over in the summer during the widespread protests, as progressive lawmakers and thought leaders peddled the leftist narrative of “systemic racism” embedded in America. Black Lives Matter agitators responded and in some cases, quite literally, tore down historic memorials and statues.

In a July 23 op-ed, Gohmert argued that Democrats needed to address their own party’s well-documented history of supporting and advancing racism in the United States:

Democrats argue that they are compelled to take these extreme actions because of “systemic racism” in America, all while conveniently pinning blame on Republicans and conservatives. This revisionist history tells a story that simply has no basis in historical fact. Their efforts are a veiled attempt to erase the Democratic Party’s own culpability, which for decades, if not centuries, was the ardent political advocate for discrimination and racism in our nation.
For instance, when Republicans overwhelmingly supported the 14th and 15th Amendments, which recognized former slaves as citizens and granted them, as citizens, the right to vote, every single Democrat in Congress voted against their passage and, at times, blocked passage to the shame of the good done in our country’s history.

Thursday’s resolution aims to have progressive lawmakers apply the same standard to their own party, which the resolution identifies as a source that “so fervently supported, condoned and fought for slavery,” documenting several instances spanning back to 1840.

The resolution reads in part:

Whereas, On July 22, 2020, H.R. 7573 was brought to the House floor for a vote, with the purpose of eliminating four specific statues or busts from the United States Capitol along with all others that include individuals who “served as an officer or voluntarily with the Confederate States of America or of the military forces or government of a State while the State was in rebellion against the United States” yet failed to address the most ever-present historical stigma in the United States Capitol; that is the source that so fervently supported, condoned and fought for slavery was left untouched, without whom, the evil of slavery could never have continued as it did, to such extreme that it is necessary to address here in order for the U.S. House of Representatives to avoid degradation of historical fact and blatant hypocrisy for generations to come.
The resolution also cites the passage of the 14th Amendment, which gave full citizenship to freed slaves and passed in 1868 “with 94% Republican support and 0% Democrat support in Congress.”

The 15th Amendment, giving freed slaves the right to vote, passed in 1870 with 100% Republican support and 0% Democrat support in Congress,” the resolution continued, also citing the 1924 Democratic National Convention which was reportedly dubbed the “Klan-Bake” due to the “overwhelming influence of the Ku Klux Klan in the Democratic Party.”

In June, Pelosi announced the removal of portraits of four former Speakers, who served in the Confederacy, from the U.S. Capitol. At the time, she said there remained “no room” to “memorialize people who embody violent bigotry and grotesque racism of the Confederacy.” All of the Speakers removed — Robert Hunter of Virginia (1839-1841), Howell Cobb of Georgia (1849-1851), James Orr of South Carolina (1857-1859), and Charles Crisp of Georgia (1891-1895) — were once members of the Democrat Party.

“The portraits of these men are symbols that set back our nation’s work to confront and combat bigotry,” Pelosi explained.

“You have to see the remarks that they had made and how oblivious they were to what our founders had in mind in our country. We must lead by example, so we’re glad that that is gone,” she said at the time.

However, Pelosi and the Democrats have yet to act on purging the Capitol of symbols of their own party, which also has substantial ties to the advancement of slavery in America. Gohmert’s resolution would force Democrats to confront the reality head-on. The resolution states:

The Speaker of the House of Representatives shall remove any item that names, symbolizes or mentions any political organization or party that has ever held a public position that supported slavery or the Confederacy, from any area within the House wing of the Capitol or any House office building, and shall donate any such item or symbol to the Library of Congress.
In July, Gohmert said it is “time for Democrats to play by their own rules, and accept the standards they have forced onto everyone else.”

“They must divest themselves of their name that has denied so many the right to life, liberty, and the pursuit of happiness. Their recent actions demand nothing less,” he continued. “Instead of canceling our culture and history, it’s time to #CancelDemocrats.”