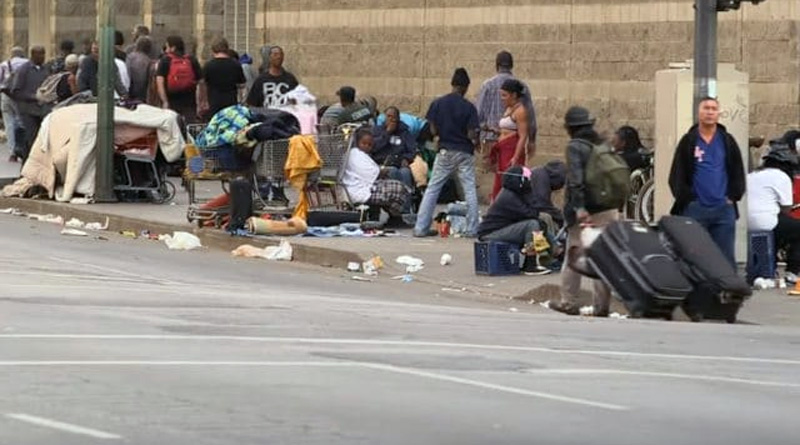 Leprosy, a deadly disease from the middle ages has re-emerged threatening a number of homeless people in Los Angeles.

According to the CDC, between 100 and 200 new cases of leprosy are annually reported in the U.S., Dr. Marc Siegel, a professor of medicine and medical director at Doctor Radio at NYU Langone Health, wrote in The Hill.

Dr. Siegel added a USC study discovered that most of the 187 patients with leprosy who were treated at its clinic between 1973 to 2018 came from Mexico where the disease is widespread.

He also noted that leprosy remains more prevalent in Central and South America with over 20,000 new cases diagnosed annually.

“Given that, there is certainly the possibility of sporadic cases of leprosy continuing to be brought across our southern border undetected,” Dr. Siegel said.

The occurrence lead Dr. Siegel to issue a warning that the contagious disease that is spread by respiratory secretions and nasal droplets in close proximities will soon affect nearly 60,000 homeless people, 75 percent of whom lack temporary shelter or enough hygiene and medical care, in Los Angeles.

The Daily Mail reported that leprosy or also known as Hansen’s disease, affecting 250,000 people worldwide yearly, is caused by the bacteria called Mycobacterium leprae. It attacks the nerves in the body, thus results to the ‘peeling’ characteristic of the skin as per the CDC.

If the disease is left untreated, it could progress to paralysis of the hands and feet.

“I am much more concerned about the permanent disabilities that come with leprosy — given that 2 million to 3 million people are affected worldwide — than I am with the associated stigma,” Dr. Siegel said.

Leprosy occurring among the homeless in L.A. is a certain formula for instant public panic, he added.

Yet another epidemic transpired with the spiraling homeless problem in Los Angeles – typhus.

A report in June by the Los Angeles Times noted that the CatsUSA Pest Control surveyed areas outside of the City Hall and nearby buildings and cautioned that homeless people are creating “harborage for rodents.”

They detected bad sanitary conditions like leftover food, human waste and hypodermic needles and suggested that the city withdraw the homeless people inhabiting the Civic Center.

Dr. Siegel stated last February that simply cleaning up the garbage in identified ‘typhus zones’ will not settle the problem because people who have nowhere to go and throw their waste will just continue to accumulate.