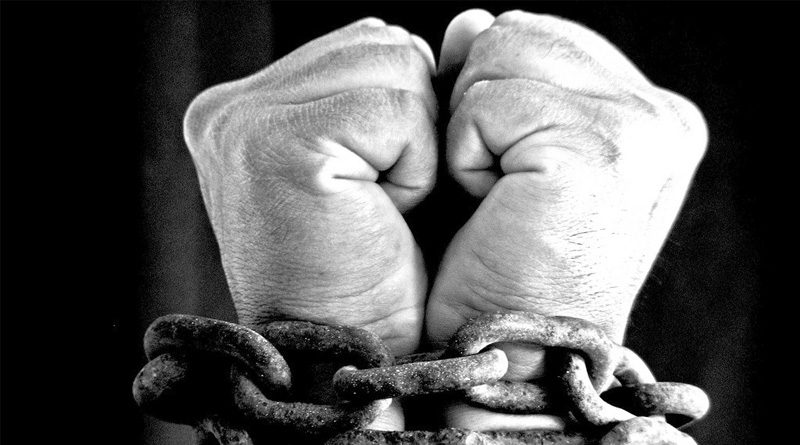 Presidential candidates Kamala Harris and Elizabeth Warren have both called for reparations.

Having embraced “Medicare-for-all,” free college tuition and a Green New Deal that would mandate an early end of all oil, gas and coal-fired power plants, the Democratic Party’s lurch to the left rolls on.

“Centuries of slavery, Jim Crow, legal discrimination and segregation, and discrimination that exist today have led to a systemic wealth gap between black and white Americans,” Harris told The New York Times. “I’m serious about taking an approach that would change policies and structures and make real investments in black communities.”

Echoed Sen. Warren: “We must confront the dark history of slavery and government-sanctioned discrimination in this country.” This history has crippled “the ability of black families to build wealth in America for generations.”

That black Americans are handicapped by their history in this country, and cannot accumulate wealth as easily, and require compensatory reparations for slavery and segregation, is more than a controversial assertion.

Are the Democrats going to say this in their national platform in 2020? And how much will be the rest of America be forced to pay, and for how long?

Warren says Native Americans, too, must be “part of the conversation.” Apparently, they suffer from a similar handicap and need the same reparations.

How far and fast has the Democratic Party lunged leftward? In 2016, Barack Obama, Hillary Clinton and Bernie Sanders all rejected reparations.

Have Warren and Harris thought this through?

The questions that instantly arise are: Who would qualify as a beneficiary of reparations, and who would pay the immense transfer sums involved?

Would all black Americans, even the middle class and affluent, be entitled to reparations? How would the government go about proving that folks living here today had ancestors in slavery before 1865?

Do we, as Warren did to prove her Native American ancestry, conduct a DNA test? Do we consult Ancestry.com for every applicant for reparations?

The last 50 years have seen many marriages between blacks and whites. Would the children of such marriages qualify for reparations?

Barack Obama, whose mother was a white teenager and father was a Kenyan, would not qualify. But would wife Michelle and daughters Sasha and Malia?

Harris’s mother was from India, her father from Jamaica, where the British abolished slavery in the mid-1830s. But if the father had ancestors who were enslaved in Jamaica, would the senator qualify, or do reparations go only to the descendants of slaves within the USA?

While a higher percentage of African-Americans than whites are poor, there are more white poor than black poor in the USA. Does not endemic poverty produce the same negative consequence regardless of race?

What is the justice in excluding poor whites, or poor Asians and Hispanics, whose ancestors were not here in the USA when slavery existed before 1865?

From 1845 to 1849, the Irish fled a potato famine that persisted under the indifferent rule of the same British who introduced slavery into what became the United States.

As for the great migration of Eastern and Southern Europeans—Poles, Italians, Jews, Slavs, Slovaks—slavery was gone before they arrived. They had nothing to do with instituting Jim Crow. Why should they pay reparations?

Asians and Hispanics were a tiny fraction of the U.S. population as late as 1960, when segregation was being outlawed everywhere, but they are more than 75 million Americans today.

Should they be made to pay for sins their ancestors did not commit?

Warren took a DNA test to prove she was partly American Indian, as she put down on various legal forms. Would her less than 1 percent of Indian DNA be sufficient to provide her with reparations for America’s Indian wars?

Politically, the party of slavery, secession and segregation was the party of Jefferson, Jackson, Clay, Calhoun, Wilson and FDR, who put a Klansman on the Supreme Court—the Democratic Party. It was the Republican Party that was formed to contain and end slavery, and did.

One need not be a cynic to suspect Warren’s motivation. Her claim to be an American Indian angered Native Americans, and she would like to mollify them, and ingratiate herself with African-Americans, who constitute more than 60 percent of all Democratic voters in the crucial South Carolina Primary.

By pushing for compensatory reparations, Warren and Harris may be helping themselves, but they are further splitting their party along the lines of ethnicity and race and elevating an issue certain to divide their country more than it already is.