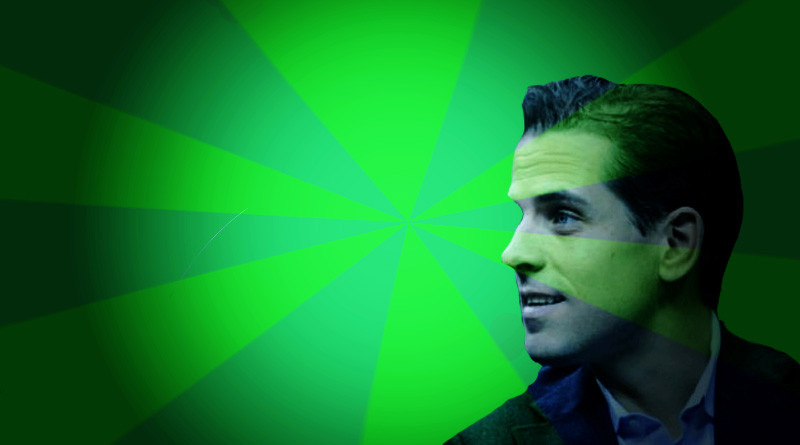 Turner Classic Movies recently screened a 1949 Spencer Tracey movie, Edward, My Son. Although the film has universal applicability, its timing could not be better for offering an example of life imitating art, and providing insight into our current political muddle.

The film depicts a wealthy British Subject (Lord Bolt) who repeatedly goes to extreme, and even illegal lengths to insulate his sociopath son from the consequences of his own misdeeds. The story eventually ends in tragedy for nearly everyone, and in particular, for Lord Bolt’s family and his son Edward.

The moral lesson is this: By resorting to illegal and devious means to insulate a child from the consequences of its own behavior, the only lesson learned by the spoiled child is that he is “special,” and rules that apply to others do not apply to him. In short, they learn that crime really DOES pay.

For our purposes, the significance of the film is its immediate applicability to the efforts of former Vice President Joe Biden to engage in a great deal of profoundly illegal and treasonous acts to enrich and then protect his youngest son, Hunter.

The most recent scandal to come to light – despite the efforts of the Jews’ Media to “spike” it –- involves the role Joe Biden played in 2016 in coercing the Ukraine to fire its chief prosecutor, who was, at that time, investigating illegal business practices that involved Hunter Biden.

During a meeting of the Council on Foreign Relations, Biden crowed to a room full of wealthy plutocrats and globalists that he had pressured Ukrainian President Petro Poroshenko to fire Prosecutor General Victor Shokin, and thus end the investigation into his son, Hunter Biden. In his position as Vice President, Biden threatened to withhold $1 Billion in badly-needed U.S. aid to war-ravaged Ukraine unless it complied. To quote then Vice President Biden in his own words:

Prosecutor Victor Shokin was conducting a criminal investigation into the firm of Burisma Holdings, a Ukrainian natural gas company that employed Hunter Biden as a board member. The younger Biden was paid $166,000 PER MONTH, despite having no experience in the natural gas industry and despite the fact that he couldn’t find the Ukraine on a map.

Prosecutor General Shokin told a reporter from The Hill that he had “specific plans” for conducting the investigation of Burisma Holdings, including “all members of the executive board, including Hunter Biden.”

Shokin’s firing abruptly ended the Burisma investigation without any charges being filed against individuals or the company. In 2018, however, the current Prosecutor General, Yuri Lutsenko reopened the case. He contacted U.S. authorities that Biden’s remarks to the Council on Foreign Relations might prove to be of interest to U.S. Justice Department officials.

Prosecutor General Lutsenko told The Hill’s reporter that former Vice President Biden had held the badly-needed U.S. financial aid hostage by making it conditional upon the firing of Shokin.

It appears that the organized crime wing of the “Democrat” Party (headed by the Clintons,) and its communist wing (headed by the Obamas,) discovered a technique for enriching themselves, that they both believed to be legal and fool-proof.

Instead of taking bribes directly, the bribe money is merely transferred to their offspring or a sibling, in order to avert the Emoluments Clause of the Constitution and US Code 18, Section 201 prohibiting bribes to federal officials.

This treasonous technique may have worked when the Department of Justice was run by corrupt nigs and communists – such as Eric Holder or Loretta Lynch – or idiots and cowards like Jeff Sessions. It is unlikely that it still works, however, with new sheriffs in town…