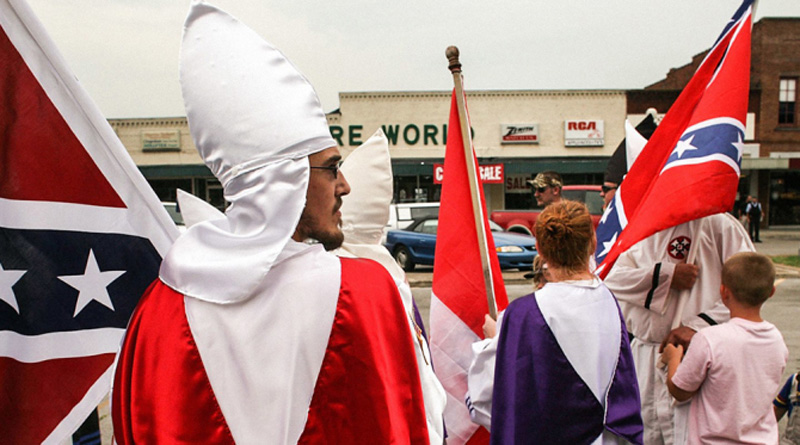 A&E to conduct investigation to probe what happened during production…

Of course it was a hoax.

I had been told for months by friends in North Mississippi that it was fake. It was a joint production of the ADL and the Lügenpresse designed to “fight hate” by presenting a caricature of racialists:

“The subjects of a TV documentary series about the Ku Klux Klan abruptly canceled last week by A&E allege to Variety that significant portions of what was filmed were fabricated by the producers.

Some KKK leaders divulged that they were paid hundreds of dollars in cash each day of filming to compel them on camera to distort the facts of their lives to fit the documentary’s predetermined narrative: tension between Klan members and relatives of theirs who wanted to get out of the Klan.

The findings are based on an exclusive Variety investigation based on interviews with over two dozen individuals in and around the KKK who cooperated with the documentary in at least six U.S. states.

Originally scheduled to air Jan. 10, “Escaping the KKK: A Documentary Series Exposing Hate in America” was produced by Venice, Calif.-based production company This Is Just a Test. …”

The production team even paid for material and equipment to construct and burn wooden crosses and Nazi swastikas, according to multiple sources including Richard Nichols, who is one of the featured subjects of the documentary series as the Grand Dragon of a KKK cell known as the Tennessee White Knights of the Invisible Empire. He also said he was encouraged by a producer to use the epithet “nigger” in interviews.

“We were betrayed by the producers and A&E,” said Nichols. “It was all made up—pretty much everything we said and did was fake and because that is what the film people told us to do and say.”

Daryle Lamont Jenkins of One People’s Project was a cast member of the show. Along with Byron Widner, various people were “rescued” from hate. All of it was staged. None of it was real. Widner is a “reformed skinhead” who was paid by the SPLC to remove his tattoos in a 2001 MSNBC documentary called “Erasing Hate.”