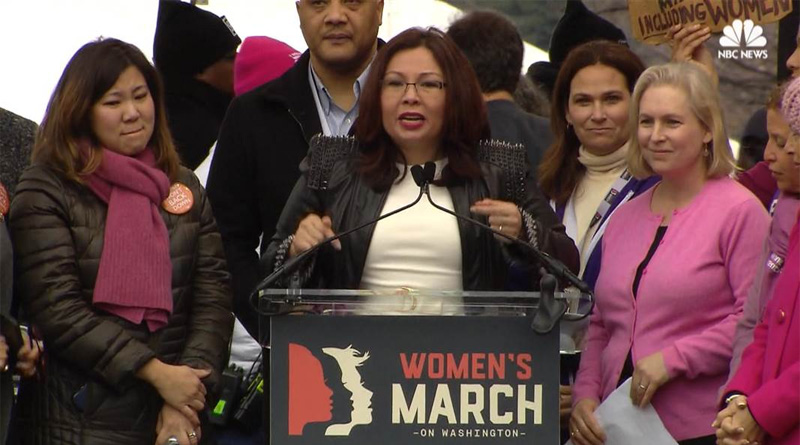 The far-left “Women’s March” is raising money for victims of Hurricane Harvey—but only the victims “of color.”

The Women’s March tweeted out to their supporters: “Here’s a list of orgs working to keep immigrant, Black, Latino & other communities safe after Hurricane Harvey.”

Actor James Woods — who was nominated for two Academy Awards in the 1970s and 1980s — was the first to draw attention to the eyebrow-raising tweet, commenting that the Women’s March was “the only group to separate Harvey victims by color, race or national background. Everybody else is just saving people.”

He added the hashtags, “#NoSurprise,” and “#Racist.”

The Women’s March — which mobilized millions of women in rallies nationwide the day after Trump’s inauguration — has attracted substantial controversy for being exclusionary. In their earliest rallies, they specifically banned pro-life women from their march — and their founder, Linda Sarsour, has been accused of defending sharia law.

Now, it looks like they’re continuing to divide Americans based on demographic—raising money for minority victims, while, apparently, being content to let white people drown.

3 thoughts on “Far-left “Women’s March” is Raising Money for Victims of Hurricane Harvey – But Only the Victims “of Color.””