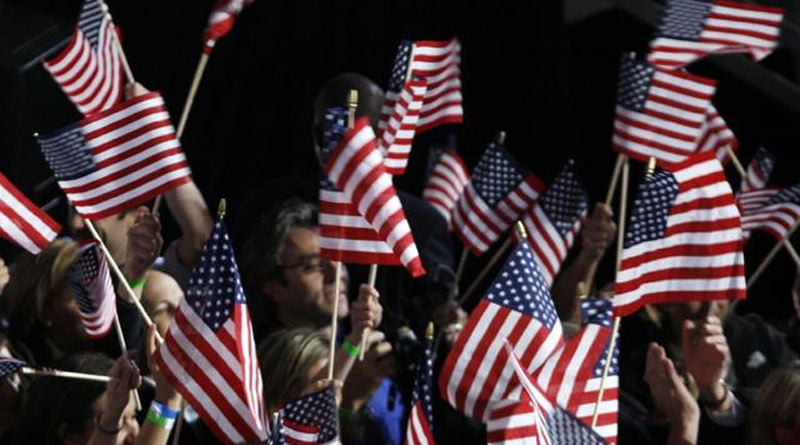 © By Earl Holt III — Conservatism is not an ideology, as Rush mistakenly labels it: Instead, it is a Political Movement, whose purpose is to preserve the Vision of the Framers of the Constitution. This is what we are desperately trying to “conserve.”

As a result, we are inevitably locked in mortal combat with Marxism, the dominant ideology of our age. Our Marxist enemies include liberals, socialists, communists, “multiculturalists,” and so-called feminists, “The Ladies Auxiliary of Marxism.” All pose as great a threat to the Constitution and Rule of Law as ISIS.

We conservatives differ from our Marxist enemies in many respects, but one fundamental distinction is the fact that our support for — or opposition to — any particular public policy is EVIDENCE-DRIVEN, and necessarily based on facts rather than dictated by a system of beliefs.

Meanwhile, our Marxist enemies are often required to reject or ignore incon-venient facts, because they are obliged to interpret events through the lenses of their ideology, forcing them to ignore what Solzhenitsyn called “the evidences of our senses.”

Those drawn to Marxism are probably attracted by its simplistic “Utopian” fantasies of an “imposed equality.” No doubt they are also attracted by the prospect of a “benevolent” government with the power to seize their neighbor’s ass, maidservant and manservant, and the authority to redistribute these in order to reward obedience.

On the other hand, older and wiser individuals are often drawn to the conservative movement after real-world experiences have exploded those Utopian fantasies, so beloved of Marxists.

Stubbornly persistent facts –- particularly those resulting from truly scientific inquiry — have always created complications for Marxists, who have learned to compensate by substituting the “Big Lie” for which they are so well-renowned.

This substitution of ideology for hard evidence has real-world consequences: Moreover, any society foolish enough to allow its ideology to “trump” real-world evidence must inevitably pay a price for doing so.

By the late 1970s, the Soviet Union became desperately dependent upon “Trade Credits” and U.S. agricultural subsidies, because it routinely failed to feed its own people. Despite having more arable land than any other nation, by 1990, the USSR’s agricultural failures were laughingly referred to in conservative circles as “73 consecutive years of bad weather.”

Instead of facetious references to the role of weather, however, the dismal performance of Soviet Agriculture was partly attributable to the Soviet leadership’s willingness to substitute its Marxist Ideology for scientific evidence, which cost it dearly over the course of subsequent decades.

The seeds were sown in the early 1930s, when a Soviet “geneticist” named Trofim Lysenko claimed that acquired characteristics could be inherited, or transmitted genetically. Although no scientist could duplicate his research – an essential element of the Scientific Method – certain members of the Supreme Soviet were greatly impressed, and took official notice of Lysenko.

The notion that the genetic makeup of an organism could be altered by environmental forces, and then transformed into an entirely new and different organism, was a concept that had been rejected by modern science since the pioneering research of Gregor Mendel in the mid-19th Century.

To the Soviet Leadership, however, Lysenko’s claims were a perfect “fit” for their Marxist Ideology: That is, if mankind were completely malleable and exclusively a product of his environment, socialists of the world needed only to arrange a “proper” environment in order to mold their subjects into their ideal of a “New Soviet Man.”

Thus, Soviet Dictator Josef Stalin appointed Lysenko to direct the Soviet Institute of Genetics. In doing so, Stalin replaced a dedicated scientist named Nikolai Vavilov – who had devoted his entire life to the task of increasing agricultural production in order to feed his nation -– but who, like millions of others before and after, was sentenced to death and died in prison.

Soon, Soviet agriculture began to lag even further behind the rest of the civilized world, with little or no innovation in the realm of hybridization or any other area of genetic research.

Lysenko’s pseudo-science – combined with the added disasters of Soviet collectivization — made it inevitable that its agricultural output would be inadequate, forcing Soviet leaders to come begging to Washington for Trillions in handouts, which traitorous U.S. politicians were only too willing to provide.

There is NO phenomenon in the social sciences more thoroughly documented than the average 15 to 20 I.Q. point disparity favoring Whites over Blacks. There has been something like 650 empirical studies proving this difference. (See Herrnstein & Murray. The Bell Curve.)

Moreover, Multivariate Regression Analysis — the most powerful and sophisticated analytical tool available — has demonstrated that the lower average I.Q. of Blacks “explains” all disparities in academic achievement between the two races. This means that “racism” has absolutely nothing to do with the problem of dismal Black academic performance.

Disparities in academic achievement aren’t caused by differences in income, either, despite endless lies to the contrary: Nationwide, White students in the lowest fifth of Family Income (below $25,000) score higher on the SATs than Black students in the HIGHEST fifth of Family Income (above $100,000.) (Ezekiel Dixon-Roman. “Race, Poverty and SAT Scores.” Columbia University, The Teachers’ College Record, April of 2013.)

Since these apologists for staggeringly low Black academic achievement are invariably Marxists of one stripe or another, they necessarily subscribe to the laughable fiction that we are all equally capable of learning. Not surprisingly, their “solution” to the problem is always to throw more money at it.

However, their refusal to recognize the obvious cause of this persistent racial achievement “gap” has created an inverse relationship between cost and benefit in U.S. public education, for which there may be no precedent in world history.

With the possible exception of the Egyptian Pyramids, no society has ever expended so much wealth and so many resources in pursuit of a public “good,” but received so little tangible benefit in return. This is particularly true of large, “urban” school systems, populated primarily by Blacks.

The failure to honestly and accurately assess the true cause of racial disparities in academic achievement has paved the way for an endless parade of truly destructive and expensive “panaceas” imposed upon public education. These have been promoted by a variety of charlatans, and most have only aggravated the problem.

These “panaceas” include not only “dumbed-down” curricula, but also Federal Court-Ordered “Desegregation,” the charade known as “Common Core,” the “No Child Left Behind” law, affirmative-action for teachers and administrators, a “White Privilege” curriculum, and a variety of other fraudulent and destructive policies, most of which have either failed to work or have actually widened the racial achievement gap.

Just one example: After squandering about $6 Billion on desegregation in the St. Louis Public Schools, one Federal Judge finally got around to actually studying its effectiveness. The resulting “Lissitz Study” found that black students bused to predominately white county schools improved less on standardized tests than every other category of student in the entire system. These were the students that “experts” confidently predicted would benefit the most from this enormously expensive and disruptive program.

Their ideology compels these Modern-day Lysenkos to conclude that the chronic failure of Blacks to attain at White levels of academic achievement must indicate de facto evidence of race discrimination by Whites. As usual, not only are Whites wrongly defamed, but they must also bear the cost of remedying a situation for which they bear no responsibility, and which is probably irremediable.

The cry of “racism” has become the last refuge of the scoundrel in our dishonest age: Charlatans who allege racism over racial disparities in academic achievement would make much better use of their time with a careful reading of “The Bell Curve.”

However, they will never do so, because the fraudulent “egalitarian” elements of their Marxist ideology reject the notion that we are not all the same, and that different races might actually have different strengths.

This issue provides plentiful evidence indicating that “Lysenkoism” is alive and well among the American left, particularly within academia and the Corrupt Leftist Media.

(This essay originally appeared in the September, 2016 issue of the CITIZENS INFORMER.)

4 thoughts on “Conservatism and Marxism: Evidence versus Ideology”