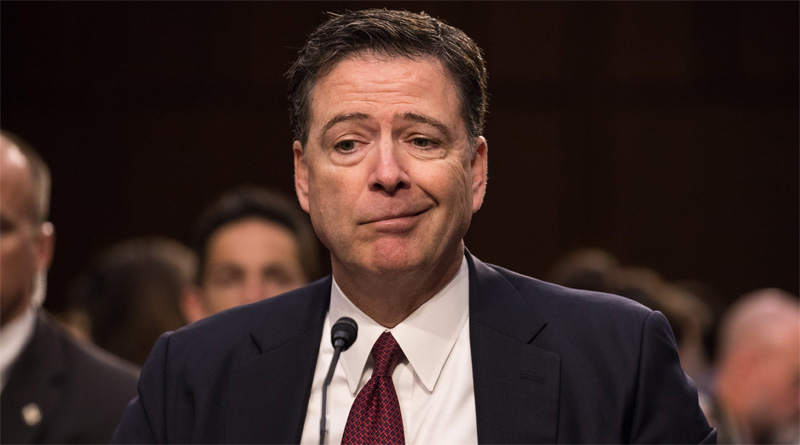 Today, the Council of Conservative Citizens honored disgraced former FBI Director James Comey with its highly-coveted Man of the Year Award for 2017.

The award will be presented to the Nominee at our 2018 National Conference, barring unforeseen circumstances such as indictments for Obstruction of Justice, Perjury and Conspiracy in the FBI’s fraudulent “investigation” into Hillary Clinton’s misuse of her private e-mail server to peddle influence to wealthy foreign nationals.

With the tacit approval of James Comey, Hillary was permitted by the FBI to privately sift through evidence of her guilt for more than a year, she was permitted to destroy evidence in the form of her server and e-mails, and was never even questioned under oath.

In the opinion of the CofCC’s Board of Directors, the cowardice, incompetence, bias and willful subversion of justice by James Comey have done more to tarnish the image of the FBI – and undermine its prestige — than even J. Edgar Hoover’s occasionally scandalous evening attire.

More than any other Swamp Creature, James Comey has helped to awaken the American people to the danger and threats posed by the insidious and criminal “Deep State” staffed by America’s first communist and Moslem President, Barack Hussein Obama.

Comey’s utter failure to stand up to the extensive communist and criminal element in the so-called “Democrat” Party has proven himself and all those involved to be engaged in the treasonous criminal enterprise most of us have suspected since 2009.