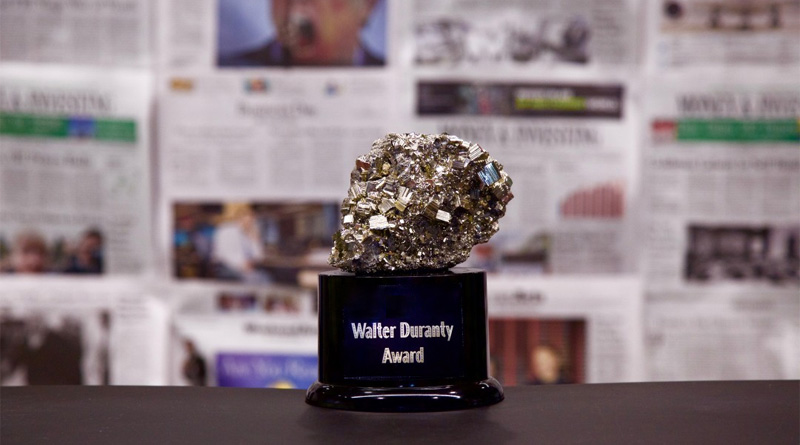 The Council of Conservative Citizens (CofCC) has awarded its prestigious Walter Duranty Award for Journalism to CNN, better known as the Communist News Network.

Duranty was a reporter for the New York Times in the 1930s, who sent back glowing dispatches praising Stalin’s Soviet “utopia.” His worship of the Soviet system coincided with Stalin’s murder of ten million Ukrainians and a nearly equal number of Russian citizens.

It was not until the 1990s — when the Soviet Union fell and its Archives were opened to researchers — that the world learned the unvarnished truth about Walter Duranty’s reportage and his motives: Like his ideological allies at CNN, he was a skilled liar, whose “fake news” was contrived to serve the cause of International Socialism.

Duranty lived a life of opulence, much like those in the Soviet Union’s ruling class or Nomenklatura. He was secretly awarded his own luxurious country home (or “dacha”) by Stalin, and was generously wined and dined, while the average Soviet citizen queued for hours to buy rationed cabbages.

Imbeciles who rely on CNN wouldn’t know this, but while President Trump’s economic plan has achieved historic lows in unemployment and doubled the nation’s growth rate relative to the Obama years, the Stock Market has also increased more than 40% and set historic highs.

Moreover, Trump has also annihilated ISIS and appears to be on the verge of successfully “de-nuclearizing” the Korean Peninsula, thereby bringing peace to that region for the first time since the end of the Korean War.

Meanwhile, CNN reflexively “spikes” such news stories, and endlessly promotes an illusory “Russian Collusion” narrative for which there is no evidence, whatsoever: This persists even after two years of investigation by the FBI and the Mueller Witch Hunt.

Much like Walter Duranty’s relationship with the Soviets, CNN clearly has a conspiratorial relationship with the so-called “Deep State,” a cabal of treasonous leftists put in place by America’s first communist President, Barack Hussein Obama, who was adored by CNN. CNN has colluded with these fellow traitors, whose leaks are a vital source of information to CNN.

Once a Deep State traitor has been exposed and removed from office, he is usually welcomed with open arms by CNN, much as former Director of National Intelligence, James Clapper was hired after betraying President Trump and the nation with his numerous leaks to CNN and its Pharisees.

In the opinion of the Council of Conservative Citizens, there is no more deserving recipient of this award than CNN.