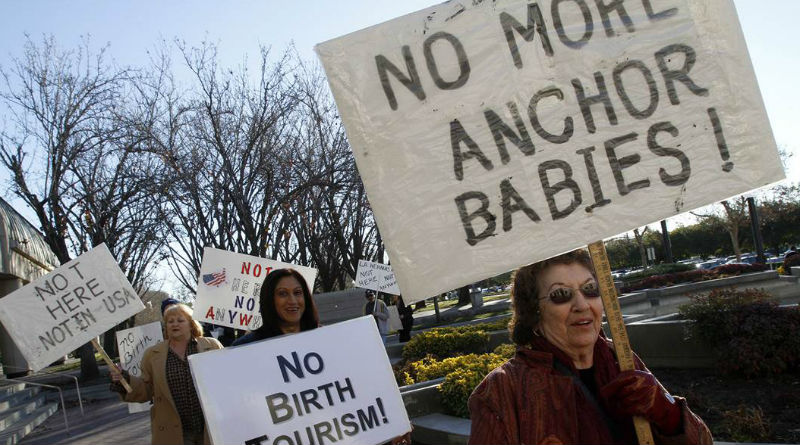 There are an estimated 4.5 million United States-born children who were given birthright citizenship despite at least one of their parents being an illegal alien.

These children are commonly known as “anchor babies,” as they are able to eventually bring an unlimited number of foreign relatives to the U.S. through the process known as “chain migration.”

A new Congressional Budget Office (CBO) report reveals the extent to which the illegal alien population in the U.S. has had children that are given automatic citizenship simply for being born within the borders of the country.

Center for Immigration Studies (CIS) Director of Policy Jessica Vaughan told Breitbart News that there are more anchor babies than estimated because the CBO data does not include the U.S.-born children who have departed the country when their parents were deported. Vaughan said these anchor babies can still eventually return to the U.S. as citizens and sponsor foreign relatives through chain migration.

Should President Trump’s administration not enact major reforms to end illegal immigration — including constructing a border wall and ending birthright citizenship — the CBO estimates that at least another 600,000 anchor babies will be born to illegal alien parents in the next 10 years.

Rep. Steve King (R-IA) filed legislation at the beginning of 2017 to permanently end birthright citizenship, putting the U.S. on par with other Western nations, but the bill has not moved in the Subcommittee on Immigration and Border Security.

The birthright citizenship debate was not always partisan as it currently is with establishment Republicans and Democrats supporting anchor babies.

As Breitbart News reported, the U.S. is nearly alone in granting citizenship to illegal aliens’ children. For example, the U.S. and Canada are the two only developed nations with birthright citizenship. On the other hand, countries such as France, the United Kingdom, Ireland, New Zealand, Australia, Italy, and Germany all have either outlawed birthright citizenship or never had such a policy to begin with.

Proponents of birthright citizenship often claim the 14th Amendment to the U.S. Constitution requires the policy. The Supreme Court, however, has never explicitly ruled that the children of illegal aliens must be granted automatic citizenship and many legal scholars dispute the idea.