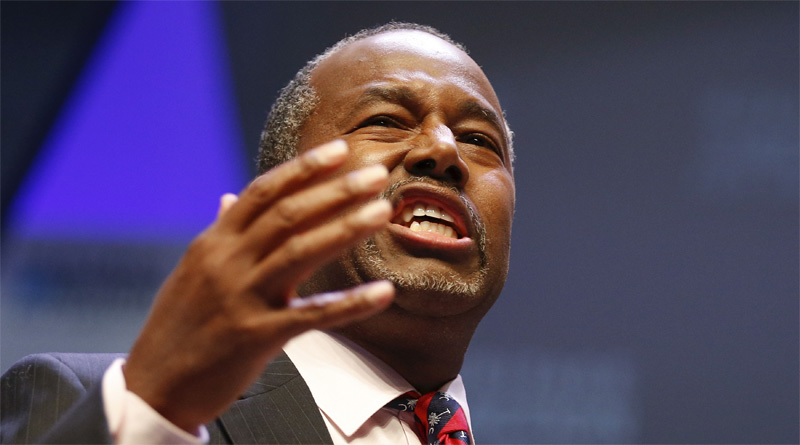 From a KAG Daily report:

Ben Carson is one conservative liberals love to hate and they are going to really hate him now.

Carson, head of The Department of Housing and Urban Development, will enact a new rule that will stop illegal immigrants from scamming rules in place to stop them from accessing housing subsidies.

What most people do not know is that there are long waiting lists for subsidized housing and Trump wants those spots to go to Americans. Smart!

From The Washington Examiner:

“We need to make certain our scarce public resources help those who are legally entitled to it,” department Secretary Ben Carson said in a statement. “Given the overwhelming demand for our programs, fairness requires that we devote ourselves to legal residents who have been waiting, some for many years, for access to affordable housing.”

The new rule would disallow illegal immigrants from living in houses that receive subsidies from the department regardless of whether they were the direct recipient or not. Previously, rules allowed illegal immigrants to benefit from subsides by living with relatives who were citizens.

“This proposal gets to the whole point Cher was making in her tweet that the President retweeted. We’ve got our own people to house and we need to take care of our citizens,” an official in the Trump administration told the Daily Caller.

“Because of past loopholes in HUD guidance, illegal aliens were able to live in free public housing desperately needed by so many of our own citizens. As illegal aliens attempt to swarm our borders, we’re sending the message that you can’t live off of American welfare on the taxpayers’ dime,” the official added.

The administration estimates about 32,000 households nationwide benefit from federal housing subsidies despite being headed by illegal immigrants.

From The Daily Caller: The Department of Housing and Urban Development (HUD) will be proposing a new rule that further prevents illegal immigrants from taking advantage of public housing assistance, The Daily Caller has learned.

Section 214 of the Housing and Community Development Act prevents non-citizens from obtaining financial housing assistance. However, the presence of so-called “mixed families” has complicated the enforcement of the rule. Illegal immigrants have previously been able to skirt the restrictions by living with family members who are U.S. citizens and receive subsidized housing through HUD.

HUD intends to roll out a proposal over the next few weeks that prohibits any illegal immigrant from residing in subsidized housing, even if they are not the direct recipient of the benefit. HUD currently estimates that tens of thousands of HUD-assisted households are headed by non-citizens.

Families who are caught gaming the system by allowing illegal immigrants to stay with them either have to comply with the new rule or they will be forced to move out of their residence.

Households will be screened through the Systematic Alien Verification for Entitlements, or “SAVE,” program.